Bethel AME Church is located in McClellanville, an historic fishing village about 24 miles south of Georgetown. Organized in 1867, it is the oldest African American Episcopal (AME) church in McClellanville. The AME church spread rapidly in the South following the Civil War when former slaves were free to start their own congregations. It is believed that this church was established by Richard Cain, an AME pastor responsible for founding several churches in the denomination throughout the Lowcountry. The members of Bethel AME built this house of worship in 1872. 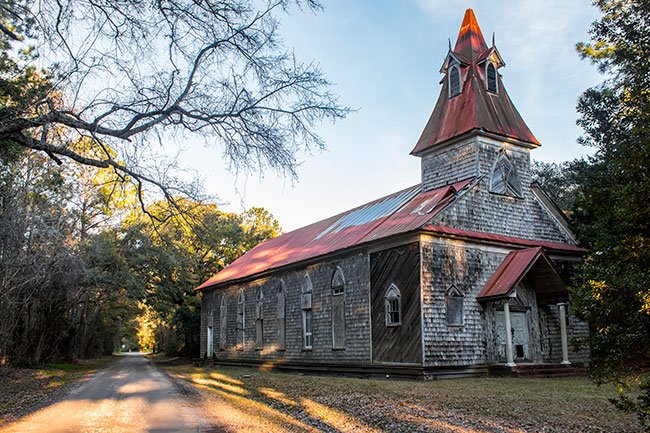 Following a great storm in 1916, the church was so damaged that the congregation met beneath an oak tree until repairs to the building could be made. The church did not have indoor plumbing until 1962. By the 1970s the congregation had outgrown this historic building, and a new Bethel AME church was built, rendering this structure the “Old Bethel” church. The last regular worship service held here took place on September 17, 1979. 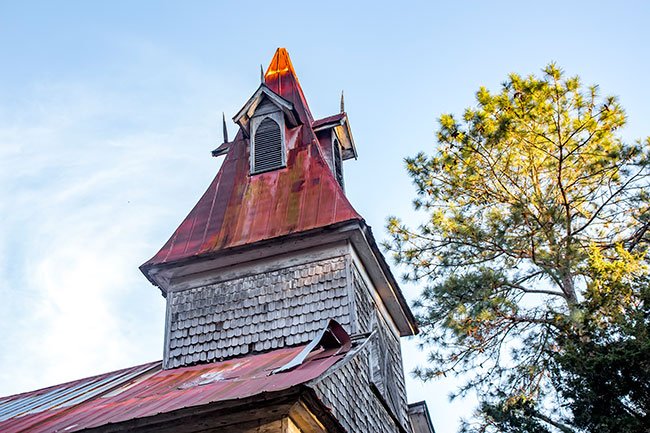 Ten years later, the church was severely damaged in another storm – Hurricane Hugo, which struck the Charleston area on September 22, 1989. The storm was so strong that it lifted the church from its piers and destroyed many of its original stained glass windows. 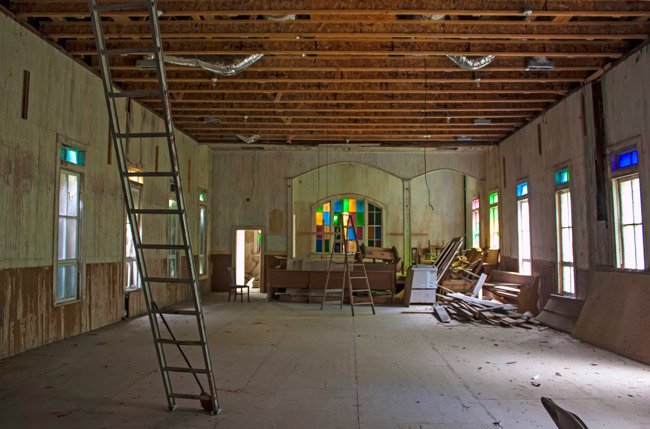 In fact, McClellanville was among the areas hit hardest by the massive hurricane. The church repaired its former place of worship and replaced the windows. A new roof was added in 1993, and renovations began in 2003 to convert the space into a community center. 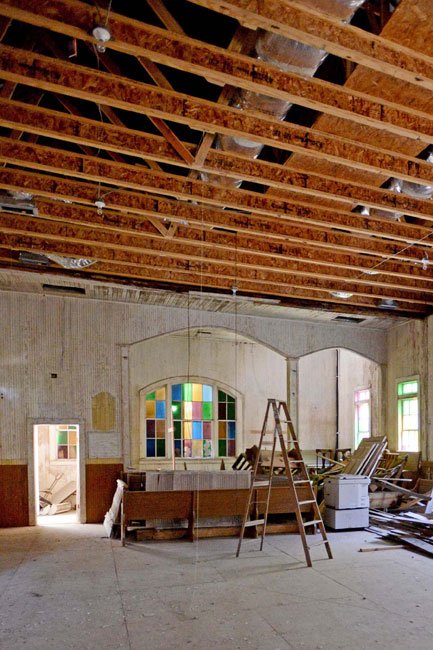 Bethel AME Church is listed in the National Register:

Bethel African Methodist Episcopal (A.M.E.) Church, built ca. 1872, is significant as an example of late-nineteenth century vernacular Gothic Revival church architecture and as an illustration of the growth of the A.M.E. Church among freedmen in Reconstruction-era South Carolina. Organized in 1867, Bethel A.M.E. was the first African American church in McClellanville.

The rectangular building, set upon low brick piers, is approximately 30 x 82 feet, with a pedimented gable-front roof that supports a square-based steeple. The red V-crimp metal-clad steeple roof is steeply pitched, flared, and has narrow gabled Gothic dormers on each face. The Gothic Revival style church is sided with cypress fishscale shingles with the exception of the front bays of both side elevations, which are covered with white asbestos shingles. Windows are four-over-two with a two-light transom. The transom and upper four-light sections are fixed; the lower two-light sash opens outward in an awning-like configuration.

Some windows and all transoms retain the original colored panes; most of the windowpanes were replaced in 1989 after Hurricane Hugo. There are blind pointed Gothic arches with chevron wooden panels over each window. The church cemetery, with tombstones dating from the 1880s to the late twentieth century, also contributes to the historic character of the property.