Charleston‘s history of combatting fire dates to the early eighteenth century with the forming of fire insurance companies such as the Friendly Society of Charleston (not to be confused with the German Friendly Society, a charitable organization that provided aid to new immigrants, widows, and orphans), which organized in 1736 and was the first such company in the colonies. Customers were given metal plaques to place on the exterior of their homes to signal to fire companies that they were insured. Many historic downtown homes bear reproductions of such plaques, which also served as advertising for the more than a dozen companies that proliferated the city. Fires were problematic in Charleston, with winds from the harbor sweeping through neighborhoods, swiftly carrying flames from building to building. 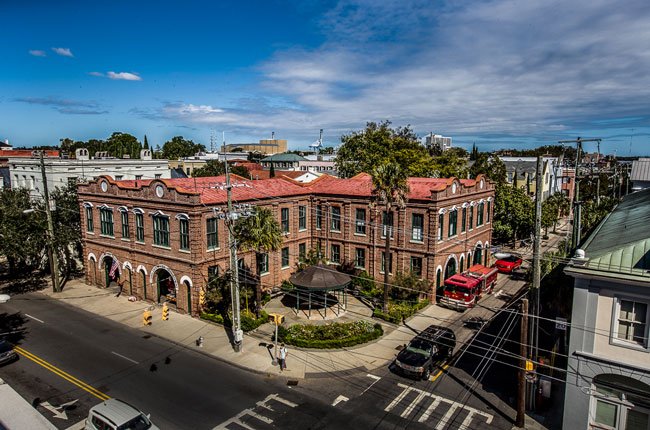 Many of these private companies soon went out of business, going bankrupt after extinguishing more fires than their resources would allow. The Great Fire of 1740 was particularly damaging, and it marked the end of the Friendly Society. In 1784 the Hand in Hand fire company was organized to extinguish fires; its hand-operated engines were run by volunteers and slaves. Several similar volunteer companies followed in its wake. Charleston’s first municipal fire department, which paid its firefighters, was formed in 1882 by Mayor William Courtenay. 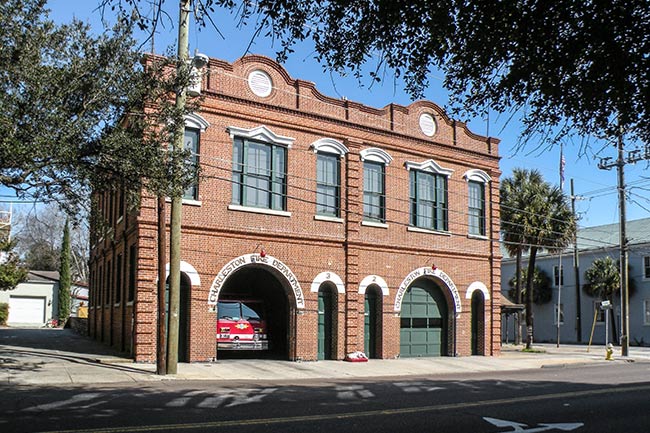 When the devastating earthquake of August 31, 1886 wreaked havoc and destruction across the city, several fire houses were demolished. Subsequently, the fire department reorganized to become more efficient. As a result, three new fire houses were built between 1887 and 1888 and were positioned strategically throughout the city, including this station on the corner of Meeting and Wentworth streets. Designed by Daniel G. Wayne and built by Colin Grant, the “double house” was called the Central Fire Station for its central location in Charleston. 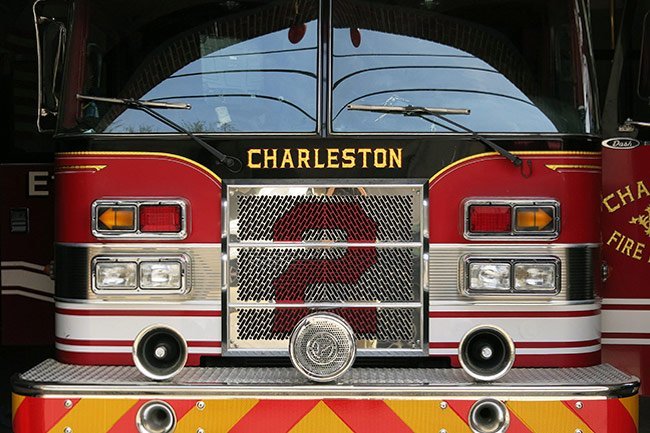 The fire station served as headquarters for the City of Charleston fire department until 1974. Today, its headquarters are located at Fire Department Station 9 at 1451 King Street, which was built in 2013. Central Fire Station houses Engine 102 and Engine 103 as well as several fire-related relics and antiques. 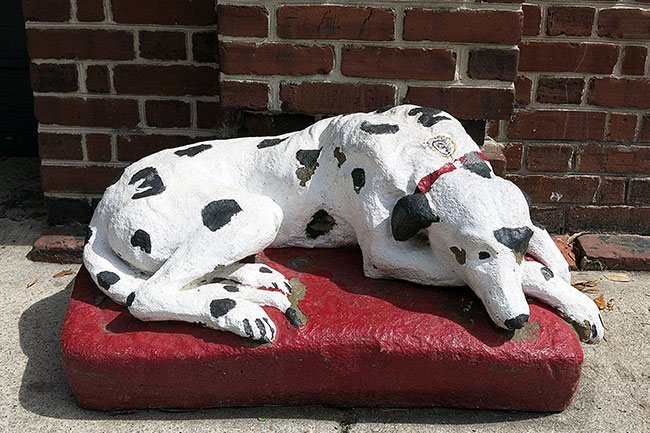 Tragedy struck the City of Charleston’s fire department on June 18, 2007 when nine firefighters were lost in a fire at the Sofa Super Store in West Ashley. At the time, the catastrophe stood as the nation’s largest loss of firefighters since the 9/11 terrorist attacks. The fallen firefighters were Louis Mulkey, Mike Benke, Melven Champaign, William Hutchinson, Bradford Baity, James “Earl” Drayton, Mark Kelsey, Michael French, and Brandon Thompson. The men served from four different Charleston fire companies. Today the Charleston Nine Memorial Park, honoring the bravery of the firefighters, stands on the site of the tragedy. 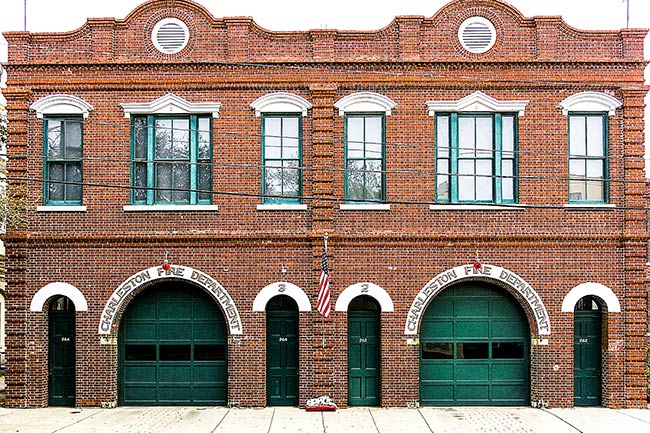 In 2012 Mayor Joe Riley selected Karen Brack to serve as the city’s fire chief, the first female fire chief in Charleston’s history. The following year, Mayor Joe Riley, Jr., along with Karen Brack, dedicated this area to be a public park, known as Courtenay Square, named for William Courtenay. The site had been covered with concrete for most of its existence, paved atop an 1,800 feet deep artesian well dating to 1846. The well served Charleston residents with pure water, a much needed resource during times of disease epidemics such as yellow fever. 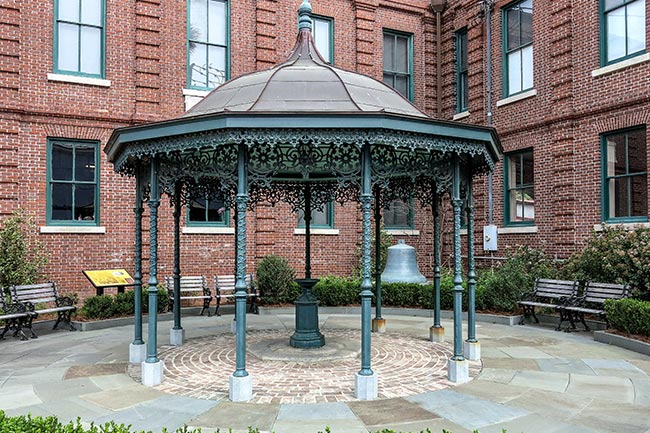 The City of Charleston restored the then 128-year old wood and iron gazebo (or pavilion), removed the concrete that paved this area and designed a new park with hardscaping materials and plants historic to Charleston. Antique roses, boxwood hedges, flowering perennials and benches were installed, along with a brick and stone flooring, to create a public square for everyone to enjoy — the cost for the renovation was $348,000. 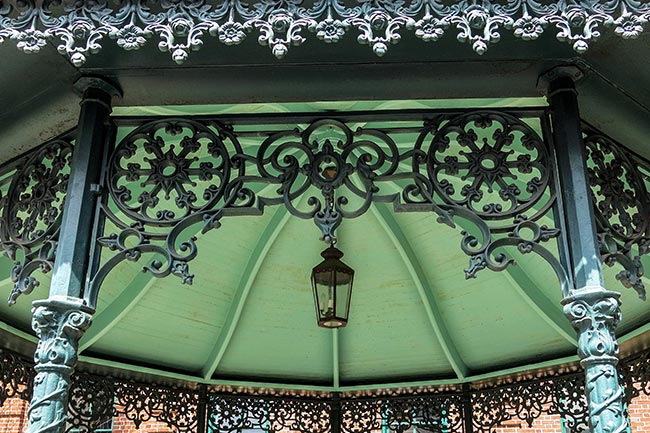 The Central Fire Station is listed in the National Register as part of the Charleston Historic District: