Most visitors to Charleston are familiar with the dramatic spire of St. Matthew’s Lutheran that towers over Marion Square. However, many do not realize that the congregation first met in this smaller Greek Revival church, now St. Johannes Lutheran. The church was formed in 1840 when a group of German Lutherans from English-speaking St. John’s Lutheran Church on Archdale Street wished to worship in their native tongue. They contracted noted architect Edward Brickell White – the architect behind the French Huguenot Church, among others – to design their new edifice. 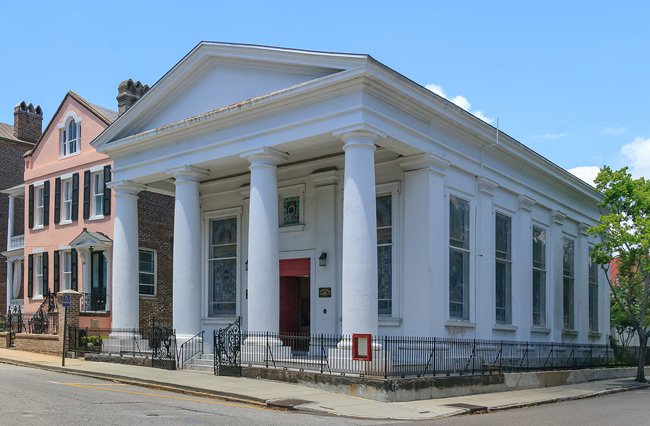 Kenneth Dodds of Charleston, 2015 © Do Not Use Without Written Consent

The church, called St. Matthew’s Lutheran, was completed on June 15, 1842 and dedicated one week later. As the congregation grew, members soon needed a larger church. In 1872 the congregation moved to its present location, the Gothic Revival church on upper King Street. The first church was sold to a Baptist congregation, Salem Baptist Church, also in 1872. The Baptist church worshiped in the first St. Matthew’s church until 1878. 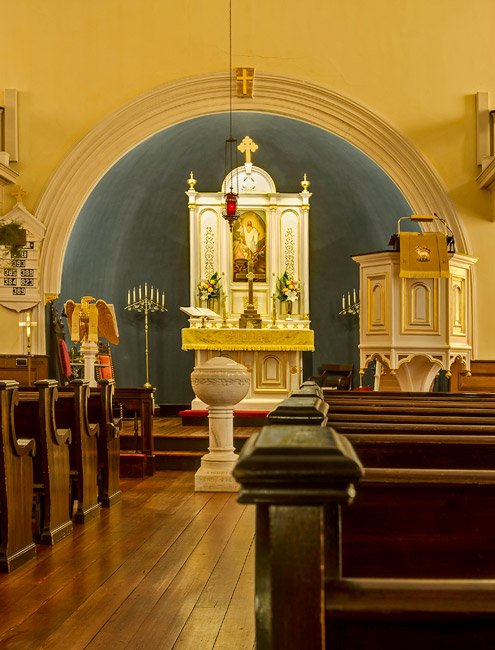 After Salem Baptist Church vacated the building, another group of Lutherans who had been worshiping in a nearby chapel saw an opportunity to obtain a more permanent structure for its burgeoning church. The congregation assumed ownership of the empty sanctuary and held its first worship service in 1878. The church, called St. Johannes, was also a German-speaking congregation, and services were conducted in German until 1910.