Charleston City Hall at Meeting and Broad Streets in downtown Charleston is one of the noted “Four Corners of Law” at this historic intersection. Occupying the other three corners are the Charleston County Courthouse, the United States Post Office, and Saint Michaels’ Episcopal Church. Each corner represents a different branch of law: city, state, federal, and “God’s law.” The phrase, “Four Corners of Law” was coined by Robert Ripley of Ripley’s Believe It Or Not. 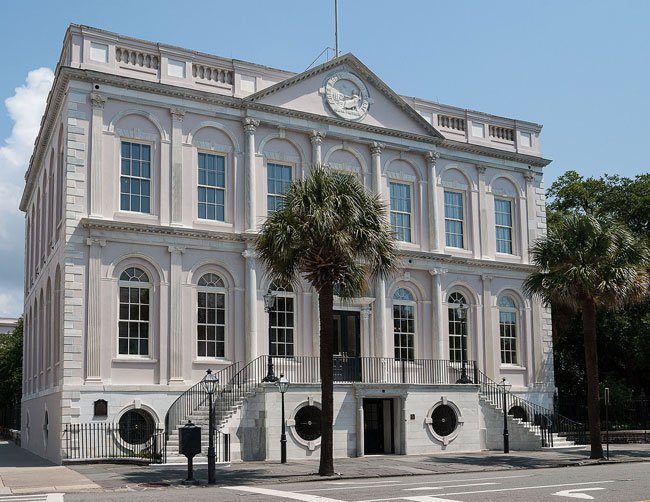 John Diskes of Summerville, 2009 © Do Not Use Without Written Consent

This Adamesque-style building was completed in 1801 as the Charleston branch of the First Bank of the United States. It was designed by Gabriel Manigault, known for bringing the Adamesque style to Charleston. Previously, the location had served as a public market in the city’s original plan, known as the Grand Modell. The beef market that sat here burned in 1796, and in 1800 the city transferred the property to the Bank of the United States. 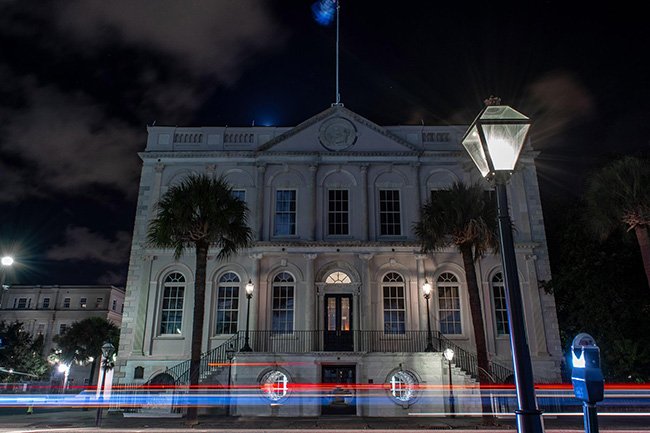 Shallah Dozier of Newark, NJ, 2018 © Do Not Use Without Written Consent

The Charleston location was one of only eight branches in the country. The contract between Charleston and the federal government stipulated that in 1818 the United States would convey the property back to city, at which time the building became City Hall. The building features some of the city’s most important collections of portrait art, including John Trumbull’s 1791 painting of President George Washington. 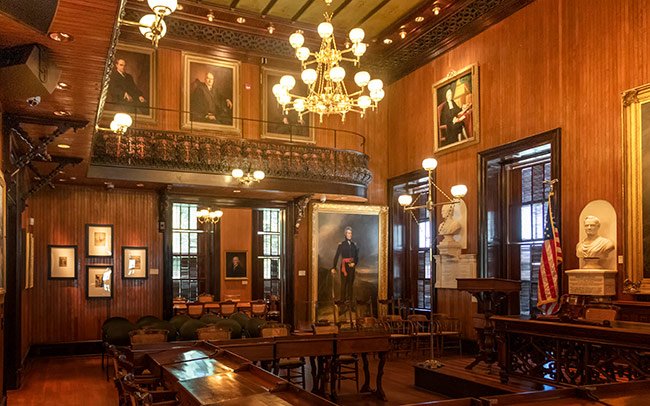 In addition to suffering damage during Charleston’s 1886 earthquake, Charleston was also a victim of the 1938 tornado. The historical photo below was contributed by Ruth Rawls and shows the building shortly after the storm. The photo is owned by Leslie Lawton Bateson and were taken by his father, Richard Humphreys Bateson. 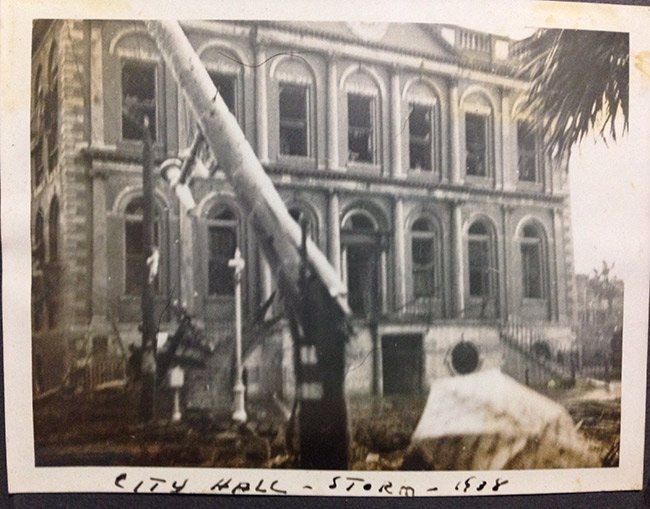