The historic building seen below is considered by many to be one of Charleston‘s most significant structures due to its various uses since the Civil War. Formally called the Confederate Home and College, the Broad Street building in historic downtown is a sprawling structure that reaches all the way back to Chalmers Street. It was built c. 1800 by master carpenter Gilbert Chalmers as a double tenement house and later bequeathed to his daughter and her husband, Governor John Geddes. President James Monroe stayed here during his visit to Charleston in 1819. Geddes sold the building in 1825 due to financial difficulties, and in 1834 Angus Stewart acquired it, turning it into the Carolina Hotel. The hotel was later owned and managed by Archibald McKenzie. 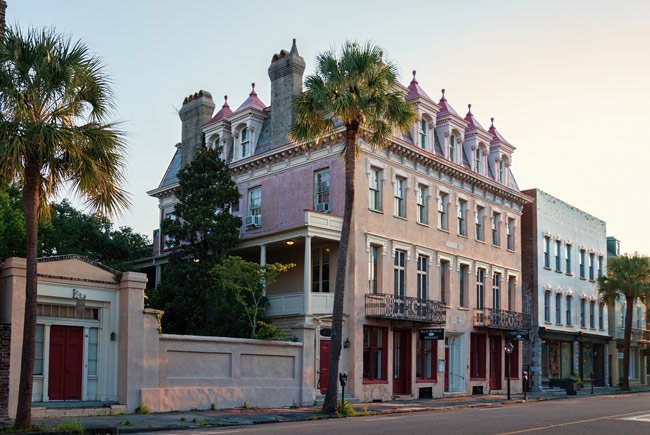 Additions to the rear of the building on Chalmers Street were used as a United States District Court House from 1845 until 1860; the Federal Court was suspended after South Carolina seceded from the Union on December 20, 1860. Beginning in 1867, Mary Amarinthea Snowden and her sister, Isabella Snowden, leased the building from Archibald McKenzie for use as a charity called the Home for Mothers, Widows, and Daughters of Confederate Soldiers of Charleston. It was more commonly known as the Confederate Home, as it is today. 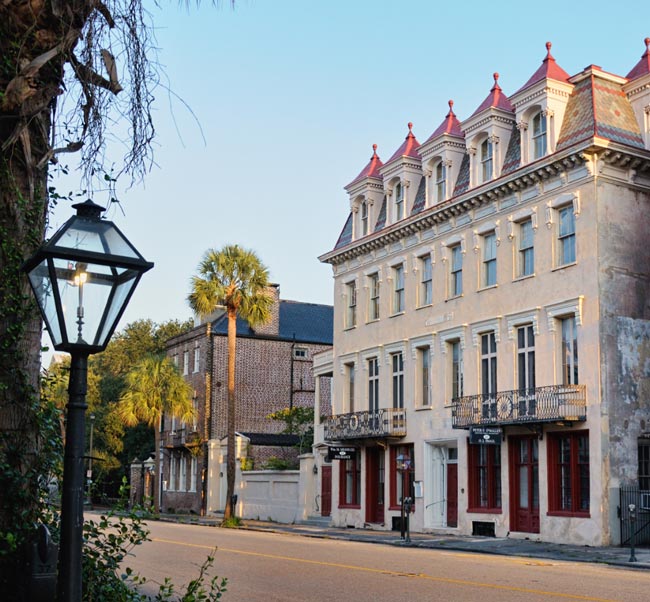 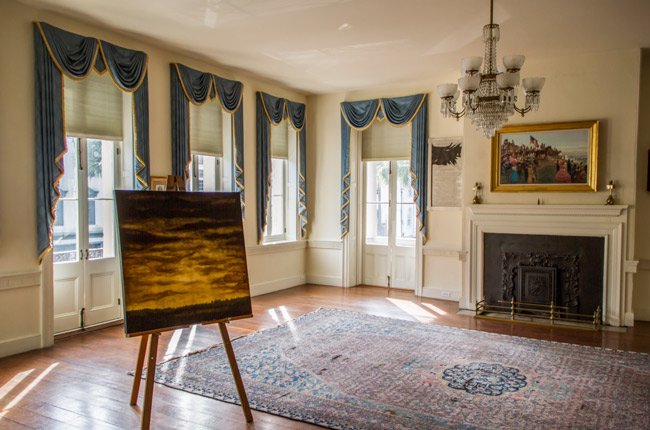 The building was severely damaged during the great earthquake of 1886. Not only was it repaired following the disaster, but during the restoration the Confederate Home’s facade was redesigned in its present Second Empire style, complete with a mansard roof. The original building is said to have been Georgian. Today the Confederate Home still operates as a charity, providing affordable housing for qualified residents, and it also leases studio space to local artists and writers. 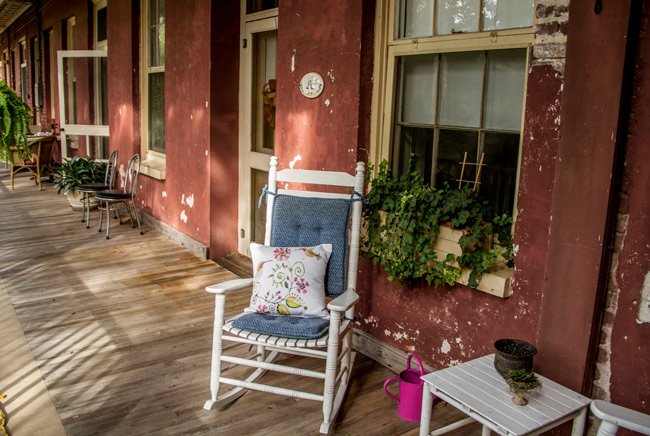 Living spaces are found in the middle section of the structure between Broad and Chalmers streets, as seen above; that portion was built between 1872 and 1882 and features cantilevered piazzas. The Confederate Home also awards five annual college scholarships. The rear of the building formerly used as a court house is now rented as an events venue, though a rule that prohibits dancing is still on record. The regulation is in keeping with the Confederate Home’s rules from its time as a women’s school. 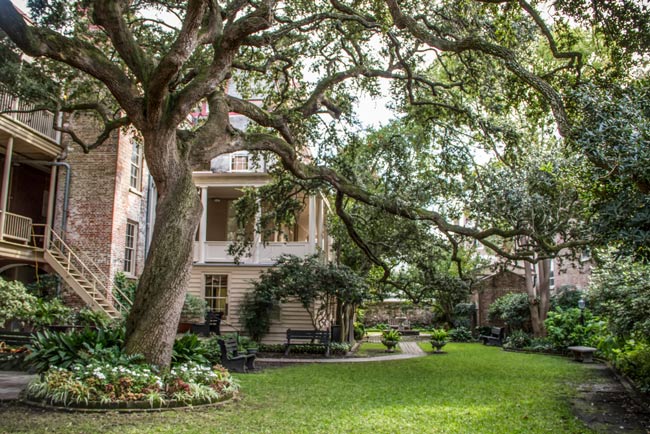 The Confederate Home is listed in the National Register as part of the Charleston Historic District:

Historical Images of the Confederate Home

In addition to suffering damage during Charleston’s 1886 earthquake, as described above, the Confederate Home was also a victim of the 1938 tornado. The historical photos below were contributed by Ruth Rawls and show the building and grounds shortly after the storm. The photos are owned by Leslie Lawton Bateson and were taken by his father, Richard Humphreys Bateson. The elder Mr. Bateson and his wife, Mary Genevieve Lawton Bateson, lived at the Confederate Home prior to the tornado. (They left the Confederate Home after the storm destroyed the roof, rendering the building no longer habitable.) 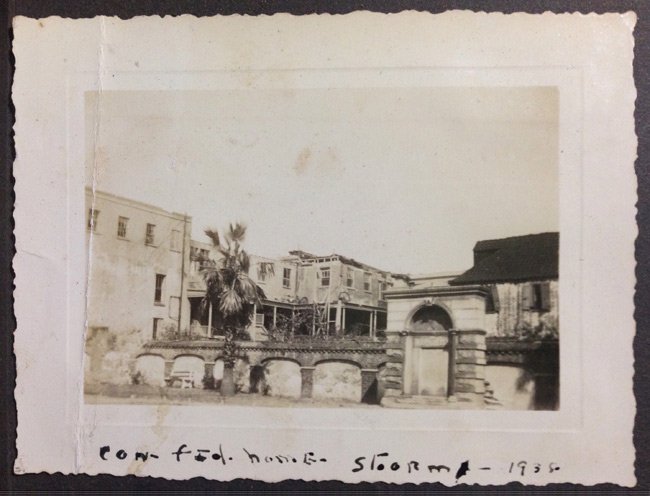 This photo was taken from Washington Park shortly after Charleston’s 1938 tornado.
Courtesy of Ruth Rawls © Do Not Use Without Written Consent 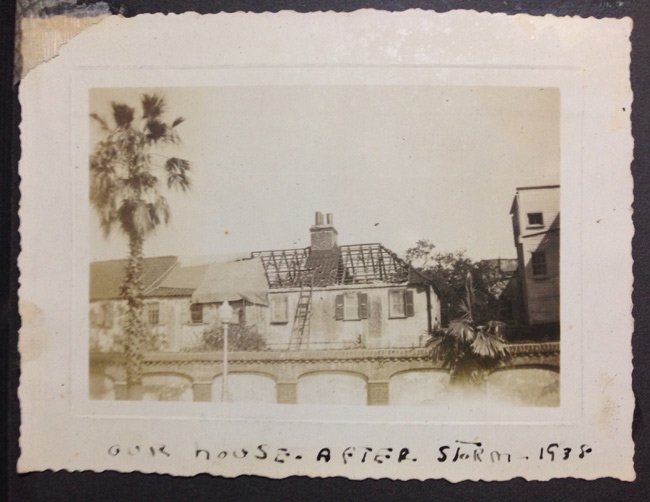 This photo was taken from Washington Park and shows the damaged roof.
Courtesy of Ruth Rawls © Do Not Use Without Written Consent

These next two photos also come from Ruth Rawls. We are uncertain exactly when they were taken, though it is safe to assume that Richard Bateson took them around the same time as he took the photos above. 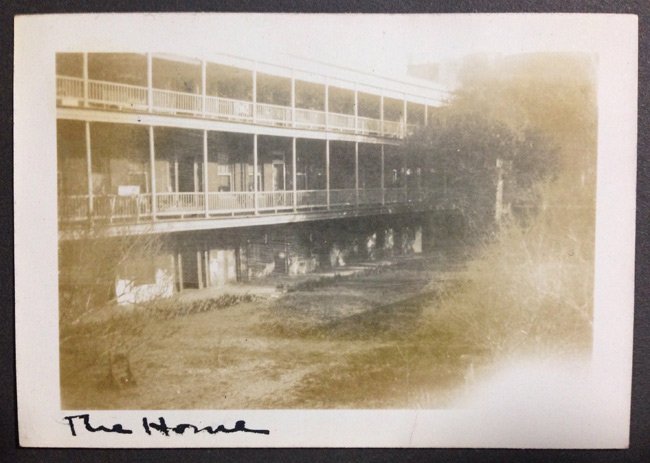 View of the Confederate Home from the courtyard, c. 1938
Courtesy of Ruth Rawls © Do Not Use Without Written Consent 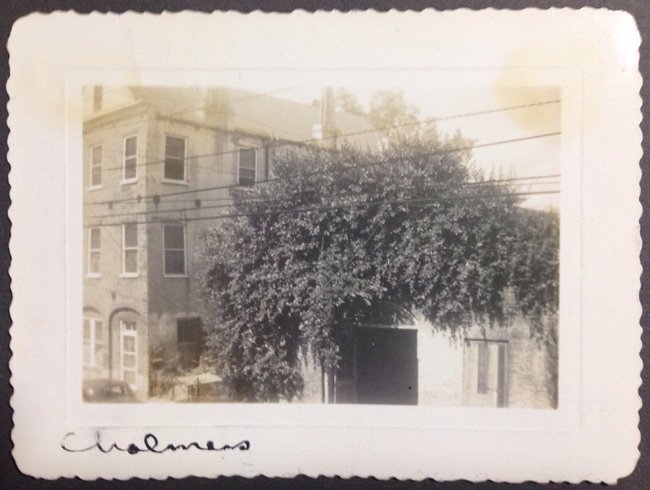 View of the Confederate Home from Chalmers Street, c. 1938
Courtesy of Ruth Rawls © Do Not Use Without Written Consent

The picture below was taken in 1937, before the tornado, by photographer Frances Benjamin Johnston. It shows the courtyard of the Confederate Home. 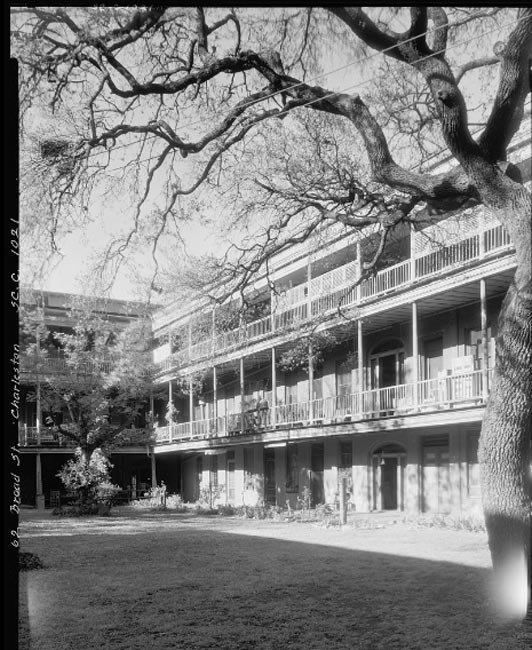 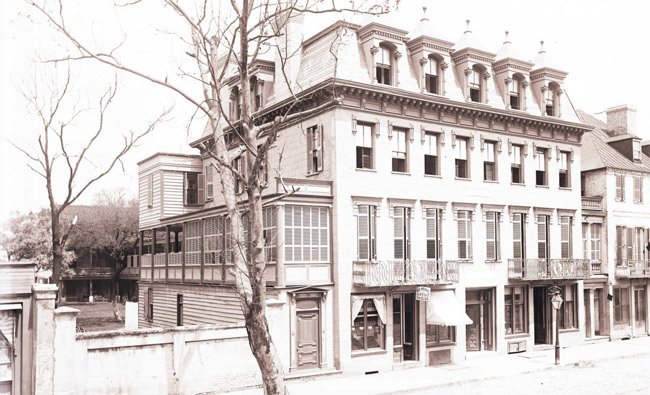 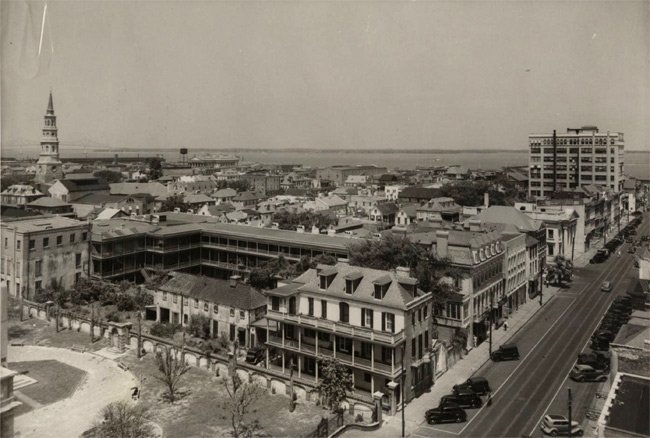 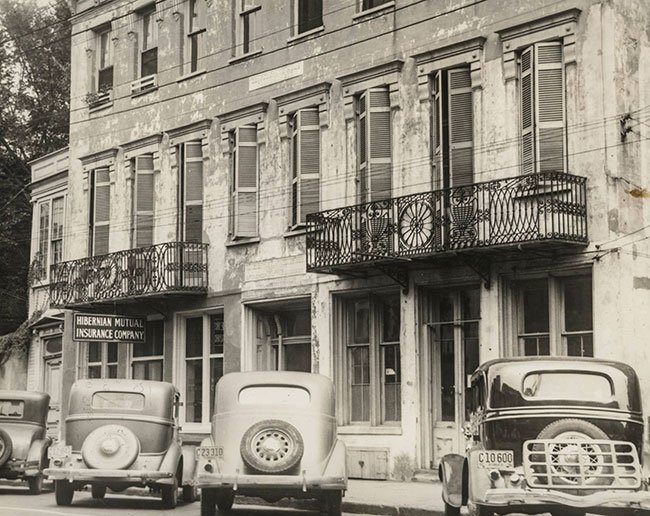