The four corners at the intersection of Meeting and Broad Streets in downtown Charleston were set aside for public use in the city’s earliest plan, called the Grand Modell. Today the corners remain occupied by four buildings that represent four branches of law – the Charleston County Courthouse, City Hall, Saint Michael’s, and the United States Post Office and Federal Courthouse. Originally called Civic Square, the intersection is commonly referred to as the Four Corners of Law, a name ascribed to Robert Ripley of Ripley’s Believe It Or Not. The Post Office – representing federal law – has been standing here since 1896, though this famous corner has served many public purposes. 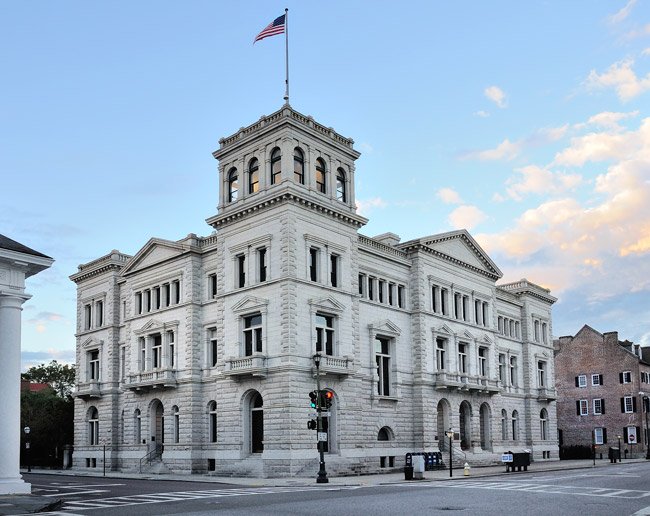 The first building to occupy this corner was a guard house built in 1769. By 1788 a second building was added to the site and used as a treasury. In 1838 the guard house was rebuilt, and the famed Sword Gates that now grace Lesesne Gate at the Citadel were added. The earthquake of 1886 destroyed the guard house, though remarkably 30 men sleeping upstairs were unharmed in the event. Structurally, the building was damaged beyond repair and taken down. The ironwork was preserved and later installed at the main entrance of the Citadel in the 1950s. 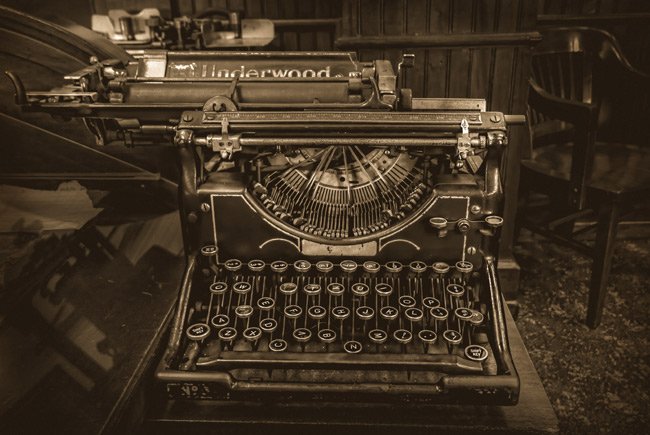 Thia Beniash of Ladson, 2014 © Do Not Use Without Written Consent

The police department moved to King Street after the disaster, and this post office was constructed in its space in 1896. A federal courthouse occupies the building’s second floor. The Renaissance Revival structure was built of blue granite from Winnsboro. In 1987 a building was added and called the Hollings Judicial Annex for former governor and United States senator Ernest “Fritz” Hollings. (The addition faces Meeting Street and stands behind the trees shown at left in the photo above). A postal museum operates from within the building and includes vintage items, as seen above.

On October 2, 2015 the annex was renamed the J. Waties Waring Judicial Center at the behest of Hollings. Judge Waring was instrumental in the landmark case Brown versus Board of Education due to his role in an earlier case, Briggs versus Elliott, in 1950. That case originated at Liberty Hill AME Church in Summerton. The three-judge panel in Briggs versus Elliott ruled against the plaintiffs, who were represented by Thurgood Marshall. Marshall argued that segregated education was inferior for black students. Waring cast the single dissenting vote, ensuring that the case would be appealed to the United States Supreme Court. It was one of five cases argued in Brown versus Board of Education, which in 1954 declared segregated education unconstitutional.

The United States Post Office and Courthouse is listed in the National Register as part of the Charleston Historic District: