The Charleston County Courthouse, located at 84 Broad Street in downtown Charleston, is arguably one of the most important buildings in our state. The first building to sit here was constructed in 1753 and was used as the capitol building for the colony of South Carolina. When Columbia became the state capital in 1786, the building became the courthouse for the Charleston area. Following a 1788 fire that destroyed much of the original building, it was rebuilt in 1792. 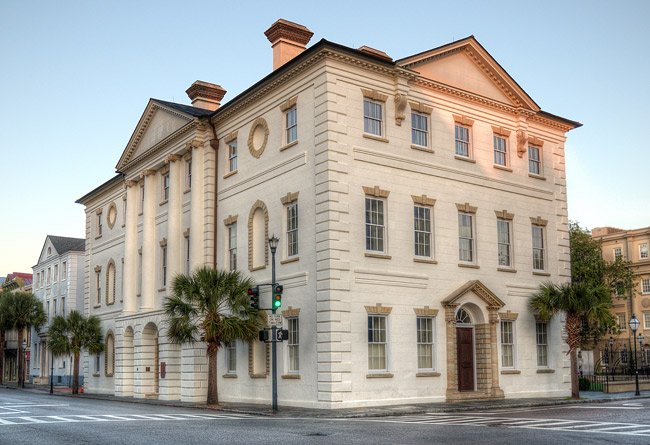 The courthouse comprises one-quarter of Charleston’s famous “Four Corners of Law,” located at the intersection of Broad and Meeting Streets. The other three corners are occupied by Charleston City Hall, the US Post Office and Federal Courthouse building, and St Michael’s Church. Together, these buildings represent municipal law, state law (counties are creatures of the state), federal law, and ecclesiastical law. 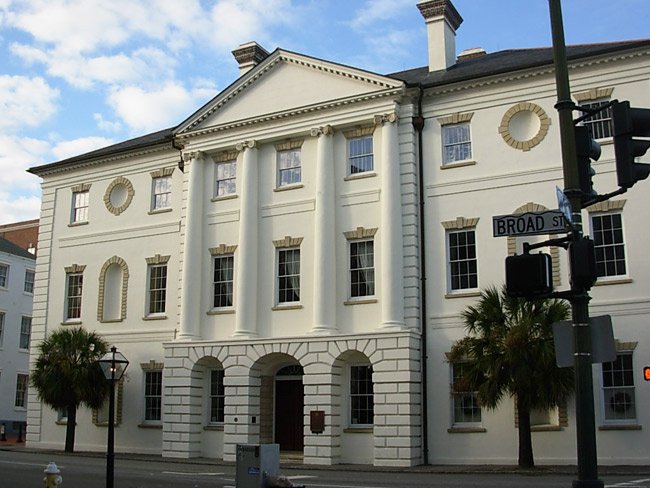 Hurricane Hugo devastated many buildings in Charleston when it struck in 1989, especially the courthouse. The Historic Charleston Foundation worked with County leaders to have the building restored to its 18th century appearance. 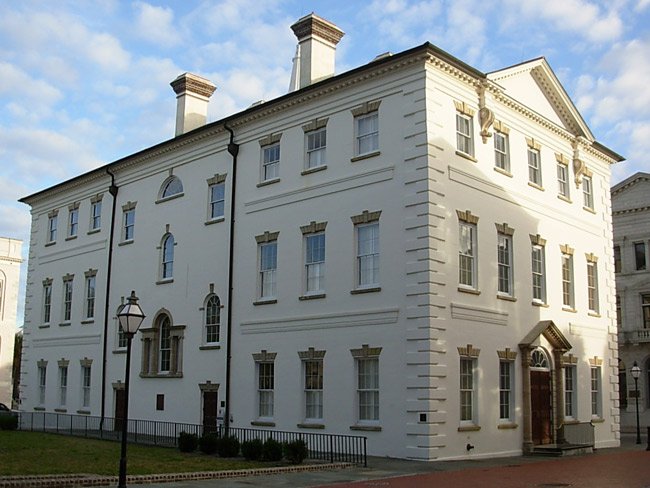 The decision to repair the courthouse instead of building a new courthouse elsewhere was a wise one, and the Historic Charleston Foundation made a compelling case to County officials for its restoration. The Foundation presented examples of other “cities whose downtown centers have fallen into economic ruin because they failed to recognize that their vitality relied on central shared spaces where the common bonds of law, culture and community link citizens to one another.”

The courthouse’s continued presence downtown is critical to maintaining Charleston’s character and economic well being. Broad Street is the heart of downtown’s business district and an important buffer zone between the lively tourist-oriented Market area and the residential areas south of Broad Street. Had the courthouse been moved, the buildings along Broad Street most likely would have become part of the tourism sector and threatened the quiet charm of the residential areas.