This modest house in downtown Charleston was once thought to be the home of Denmark Vesey, the leader of a foiled slave insurrection planned in 1822. In the 1980s state archivist Wylma Wates and architectural historian Edward Turberg found evidence to suggest that this house was actually built after Vesey’s death and that Vesey’s home stood nearby and is no longer extant. Changes in the city’s address system over the years led to the confusion. Still, the home remains a National Historic Landmark and represents the former slave Denmark Vesey and his famous insurrection plot. 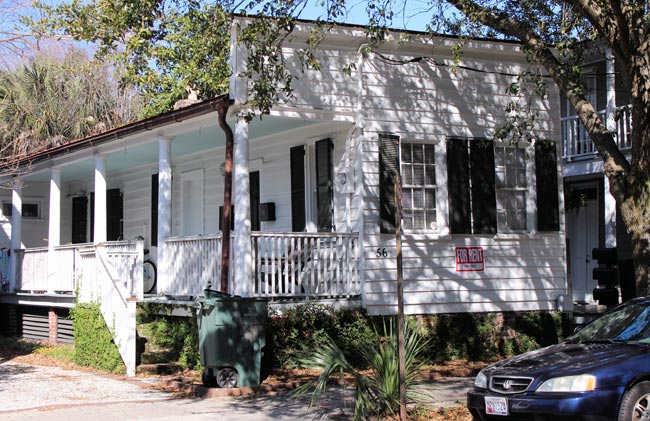 Known as the Denmark Vesey Plot, the rebellion was organized by Vesey, a freedman originally from the West Indies who was brought to Charleston as a slave. After buying his freedom in 1800 from prize money he won in a lottery, Vesey became a successful carpenter. Unfortunately, he was not allowed to buy his first wife, Beck, and their children’s freedom. His response was to plan a large, violent revolt, which was primarily organized at Hampstead AME Church (now Emanuel AME Church), a congregation Vesey helped organize in 1816. Fellow plotters included slaves as well as freedmen; even four white men were accused of being involved in the rebellion. 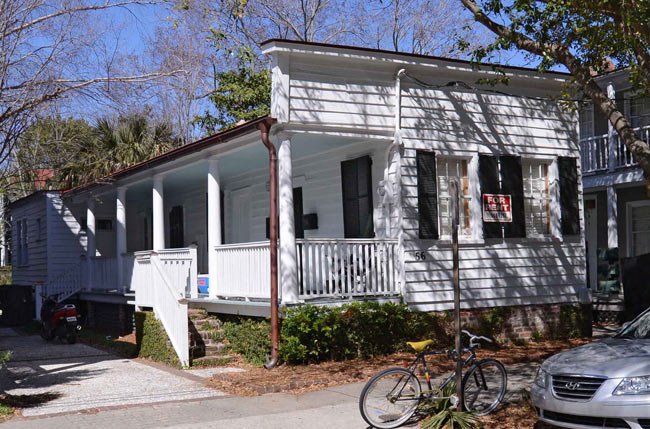 Plans for the uprising included liberating slaves by killing their masters. The group would then commandeer ships and sail to Haiti to live out their lives as free people. The plot was discovered when three slaves privy to the plan – Peter Prioleau, Joe LaRoche, and George Wilson – chose loyalty to their masters over potential liberty. The slaves divulged the plan to their owners, and then-mayor James Hamilton, Jr. and Governor Thomas Bennett dispatched the local militia to round up the suspects, Vesey included.

During the subsequent trial, witnesses revealed that the conspiracy involved more than 6,000 slaves from Charleston and other plantations as far as 50 miles away. Much of the testimony was given by suspects under the threat of violence and even death; thus the details of the Denmark Vesey Plot remain the subject of much speculation, even to this day. Despite the fact that no white citizen was killed as a result of the conspiracy, Vesey and between 34 and 36 others were hanged while many other suspects were deported, including Vesey’s son, Sandy. The four white men accused of being involved were fined and sentenced to modest jail time.

The revelation of the planned uprising sent shocks of terror throughout Charleston, and severe actions were taken in response. Hampstead AME Church was burned – though members later rebuilt – and new laws were passed that prohibited blacks, free or enslaved, to worship or otherwise congregate without the oversight of a white. Residents affixed iron spikes, known as chevaux de frise, to their fences as a security measure; an example remains in front of the Miles Brewton House on lower King Street.

Denmark Vesey continues to be the source of controversy. Many refer to him as a hero and liberator, while others call him a terrorist. A statue commemorating Vesey was unveiled in Charleston’s Hampton Park in February of 2014.

Despite concerns about the legitimacy of this landmark, the building continues to be listed in the National Register:

Many rebellions and rumors of rebellions occurred throughout the South during the slavery period. One of the most alarming insurrections was that planned in 1822 by a free-black man, Denmark Vesey. Vesey was a trusted member of the free-black population who could read and write. He had been a resident of Santo Domingo, the scene of an earlier rebellion. Vesey designed an insurrection plan of such precision and efficiency that mass hysteria was created throughout the Carolinas and the South. Vesey held meetings at his house to prepare for the insurrection, scheduled for July 14, 1822. On May 25, Peter, a slave of Colonel John C. Prioleau went to the fish market for a purchase and was informed of the impending crisis. Peter informed his master’s wife of the news; Colonel Prioleau informed the City Council.

Vesey feared that the plot would be discovered and rescheduled the date of insurrection to June 16. Vesey had lost the element of surprise. The city went on alert and Governor Bennett ordered the militia to be prepared. Vesey was arrested June 21 and placed on trial the following day. Three of Vesey’s men were offered immunity from punishment if they confessed. Three hundred and thirteen alleged participants were arrested, 67 of those were convicted and 35 executed. Vesey was sentenced to death July 2, 1822. Vesey is believed to have established a carpentry business and residence at this Bull Street house ca. 1822. (Note: research since the time of nomination has shown that 56 Bull Street was not Vesey’s house. There is no concrete evidence to support that Vesey ever lived at this address, or that this house was even standing ca. 1820.)