The Gibbes Museum of Art in downtown Charleston is not as historical as many of the city’s other buildings, but its inception nonetheless dates to the mid-nineteenth century. In 1858 the Carolina Art Association was organized by a group of Charleston residents in hopes of establishing a permanent art collection. The group initially exhibited works from private collections in the Apprentices Library Society on Horlbeck Alley. The association grew over time, and in 1888 James Shoolbred Gibbes, Sr. left a trust in his will to the Carolina Arts Association and the Mayor of Charleston of $100,000 for the establishment of a building for fine art exhibits and art classes. Family members of Gibbes contested the gift, though the court ruled in 1901 that the trust would stand. Plans for the museum began after the ruling. 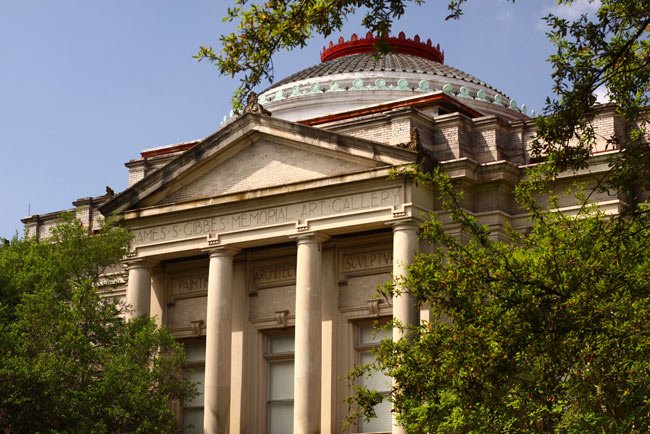 Gary DuBose of Seneca, 2012 © Do Not Use Without Written Consent

Noted architect Frank Pierce Milburn, who designed several other notable South Carolina buildings such as the SC Statehouse and the Newberry County Courthouse, was hired to creates Gibbes’ vision. On April 11, 1905 the Gibbes Museum of Art, a Beaux Arts structure complete with a Tiffany-style dome, opened to the public. Below is a photo of the building around the time it was completed. 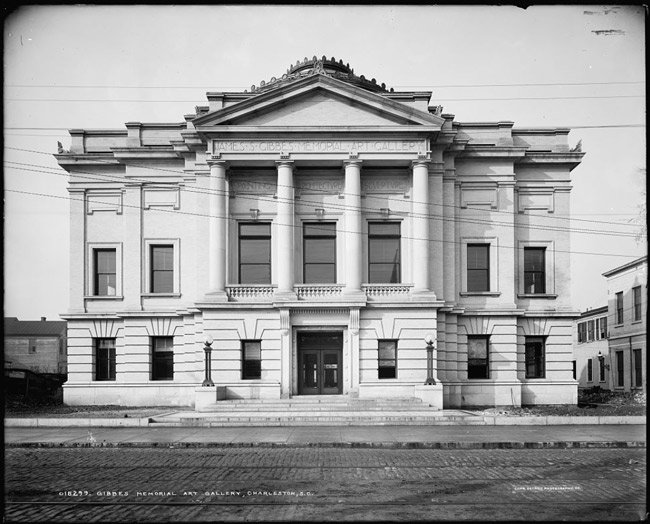 In 1920 the Gibbes established a studio arts school within the museum; later it opened the Gibbes School of Art at 76 Queen Street, now Husk restaurant. Today the museum continues to offer classes and workshops on site. In 1936 the Gibbes, as it is known locally, debuted the world’s first exhibition of the Solomon Guggenheim modern art collection. Guggenheim, founder of the Solomon R. Guggenheim Foundation and namesake of the Guggenheim Museum in New York, had purchased the Roper House on East Battery Street in 1929. 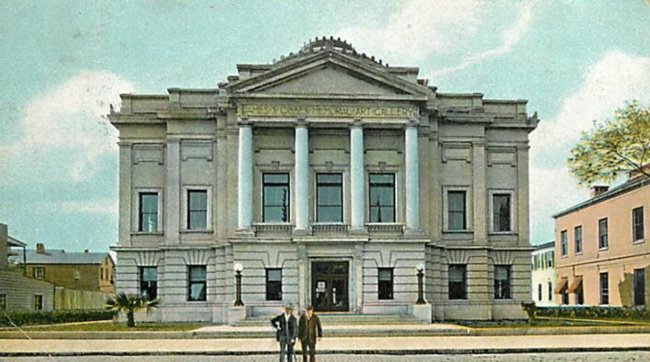 In 1972 the Gibbes was awarded accreditation from the American Association of Museums, now called the American Alliance of Museums. The museum was the first in the Southeast to receive the accreditation. In 1978 the museum undertook a $1.2 million expansion and renovation. The project included building a new wing and adding more gallery and office space. By the 2000s another expansion was necessary, and in 2008 the museum began a campaign to raise funds for a $13.5 million project. The renovation included the expansion of galleries, classrooms and studios, an overhaul of the building’s climate control and security systems, and increased storage space. The museum reopened in May of 2016 after completing the two-year-long project.

The museum houses permanent collections of Southern artists, many of whom are connected to Charleston, such as miniature and landscape artist Charles Fraser; Carolina Arts Association member and watercolor painter Alice Ravenel Huger Smith; and abstract artist William Melton Halsey. Melton Halsey also taught classes at the Gibbes Museum of Art. One of his students, a young African-American artist named Merton Simpson, was unable to attend classes due to segregation; therefore, Melton Halsey taught him privately. Simpson graduated from Burke High School in downtown Charleston in 1949 and moved to New York, where he attend New York University and the The Cooper Union for the Advancement of Science and Art. Simnpson’s work has been shown in the Museum of Modern Art in New York and the Guggenheim Museum in New York, among other places, and in the 1950s Simpson served in the United States Air Force and also opened his own gallery, the Merton D. Simpson Gallery of Modern and Tribal Arts. Mertpon died in 2013.

The Gibbes Museum of Art regularly hosts events in addition to its schedule of classes. The building is also available for private gatherings such as weddings or corporate parties. It is open six days a week and closed on Mondays.