This wrought iron gate guards a beautiful home on Charleston‘s Stoll’s Alley. The alley is paved in brick and connects historic Church Street with East Bay Street just above the Battery. The street was named for blacksmith Justinus Stoll, who built a home along this alley in 1745. 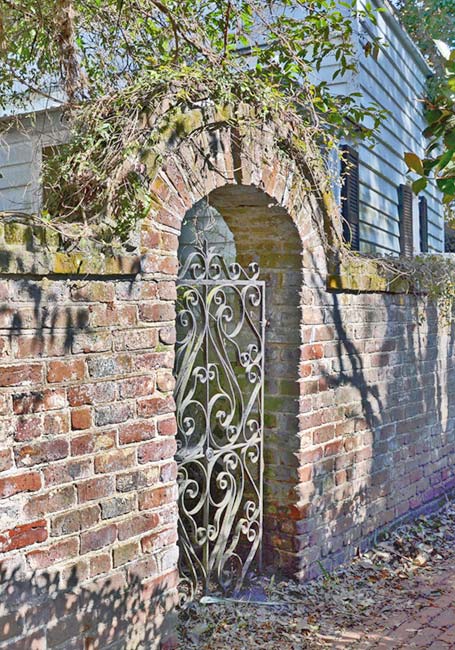 Like much of this part of Charleston, Stoll’s Alley had fallen into disrepair by the early twentieth century. The street was rehabilitated in 1927, and soon other landmarks that had become blighted – such as the now-famous Rainbow Row – followed suit. Today Stoll’s Alley is a nearly-hidden avenue boasting the beauty of Charleston architecture.