Occupying a place of prominence in Charleston‘s historic district, the market is considered a quintessential experience for tourists visiting the Holy City. While many people incorrectly refer to the market as the “slave market,” no slaves were ever sold here. Instead, they were sold on nearby wharves and in other local markets such as the Old Slave Mart on Chalmers Street. 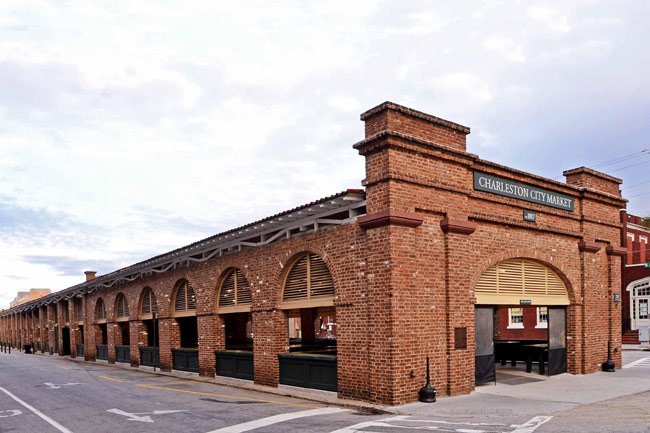 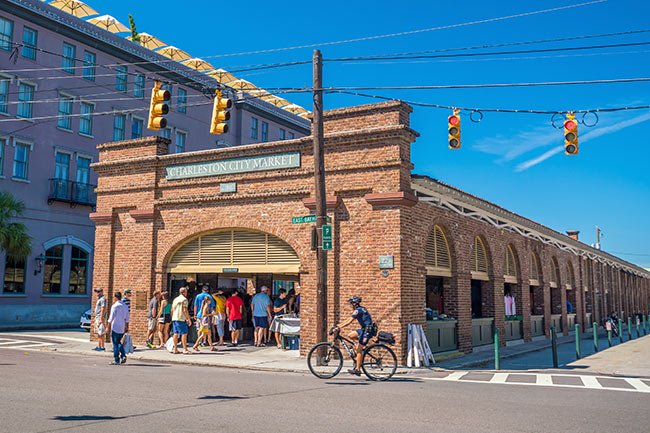 Today, the market complex consists of three large open-air sheds, two enclosed and connected sheds with shops, and the two-story Market Hall, detailed in the next section below. 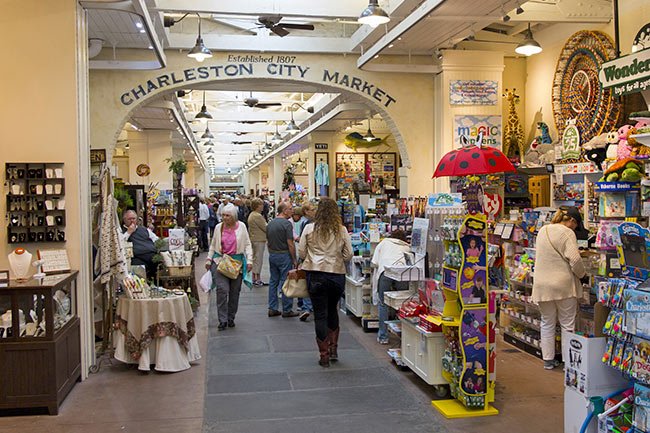 John Wollwerth of Beaufort, © Do Not Use Without Written Consent

The property – created atop wetlands – was given to the city in 1788 by the family of Revolutionary War general Charles Cotesworth Pinckney. The deed stipulates that the land be used for a public market in perpetuity. Construction of the first sheds began in 1790. After the beef market (located where Charleston City Hall now stands) burned in 1796, meat sales shifted to this site. By 1806, the new market had expanded to reach the wharves along the Cooper River, where produce and meat arrived from local plantations. In 1807, city council passed an ordinance officially designating it Charleston’s “centre market.” 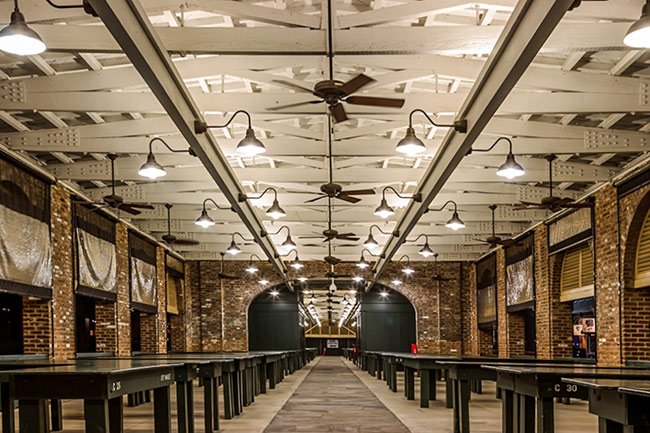 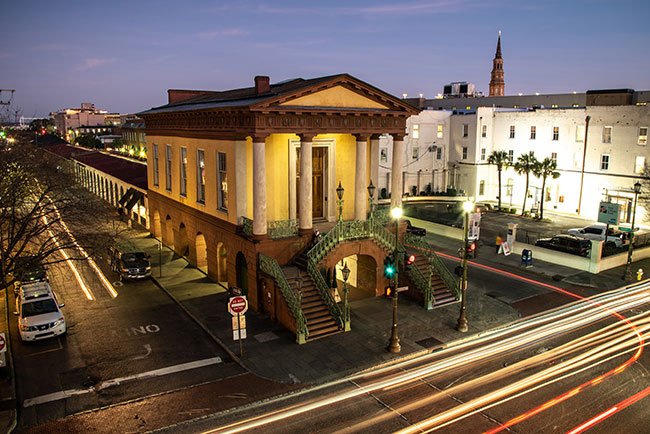 Ryan Glover of Charleston, 2019 © Do Not Use Without Written Consent

Images of bull and sheep skulls in the Market Hall frieze advertised that meat was one of the primary product’s sold in the outdoor sheds. 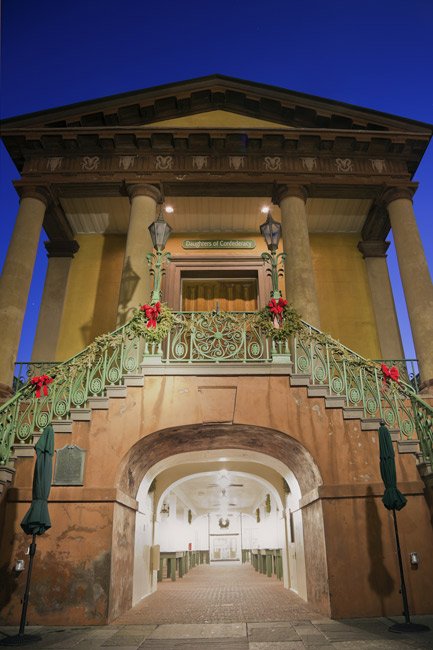 Henryk Sadura of Chicago, IL © Do Not Use Without Written Consent

Because unsold meat had to be discarded at the end of the day, and butchers also had to dispose of scraps, vultures populated the market area and kept the streets clean of rancid meat. 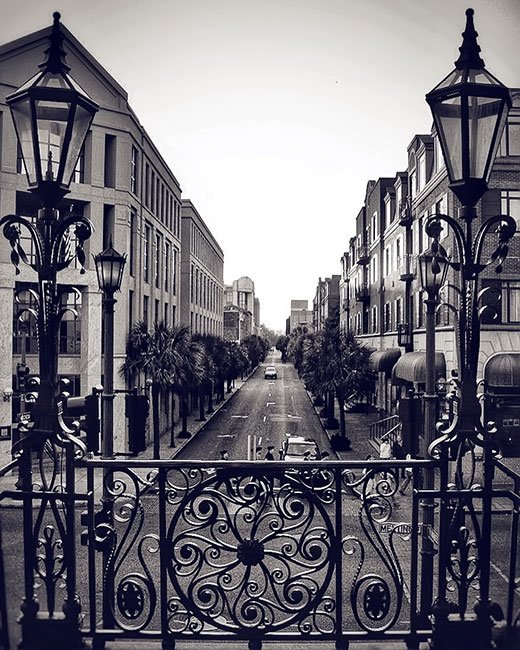 Residents gave the scavengers the nickname of “Charleston Eagles” because of their invaluable benefit, and they were awarded protection by law. 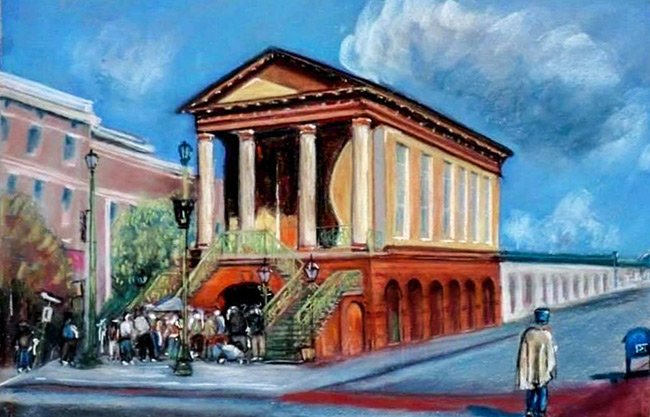 In recent decades, likely from misinformation from tour guides, some locals and visitors alike have referred to this as Charleston’s slave market, but that is incorrect. The sale of slaves did occur in Charleston but it never occurred at this location. The closest extant example of a slave mart is located along Chalmers Street and is now the Old Slave Mart Museum. 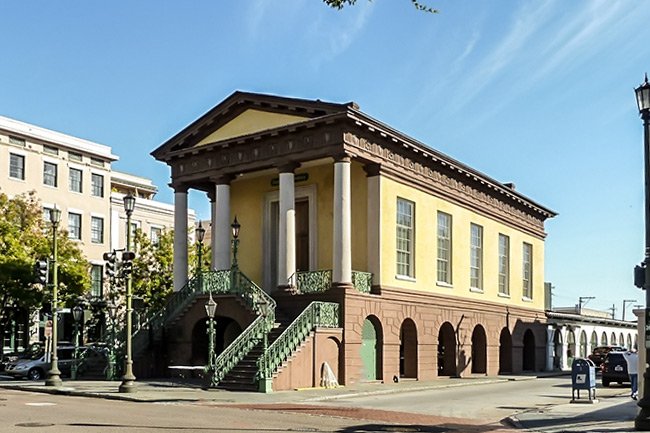 Tony Davies of Melbourne, Australia, 2013 © Do Not Use Without Written Consent

The market is a mecca for anyone seeking Charleston souvenirs and, as such, offers an abundance of common kitch like magnets, mugs, and postcards. In addition, one can also find the sort of handcrafted goods – jewelry, leather wallets, and woodwork – standard to flea and farmer markets across America. 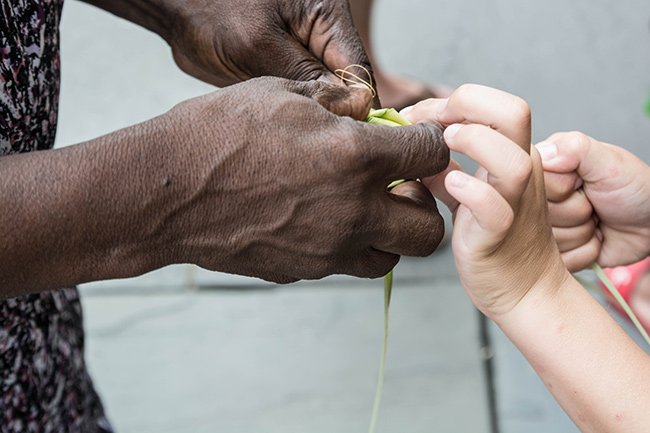 Chad Hartwell of Charleston, 2019 © Do Not Use Without Written Consent

More unusual are products unique to Charleston or at least to The South at large. These include delectables like saltwater taffy and benne seed wafers, as well as fine Charleston art and palmetto roses (made from the supple new fronds of palmetto trees). Most famous of all are the market’s “basket ladies,” women (and men) who sell traditional Gullah sweetgrass baskets. 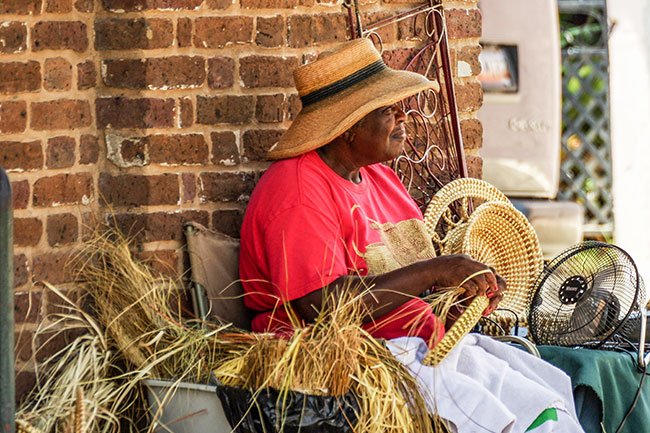 Shelly Palomaki of Mt. Pleasant, 2017 © Do Not Use Without Written Consent

Sweetgrass baskets are almost identical in style to the shukublay baskets of Sierra Leone, where learning to coil baskets “so tightly they could hold water” was an important rite of passage in West African tribes like the Mende and the Temne. This basket-making tradition came to South Carolina in the 17th century by way of West African slaves who were brought to America to work on plantations. 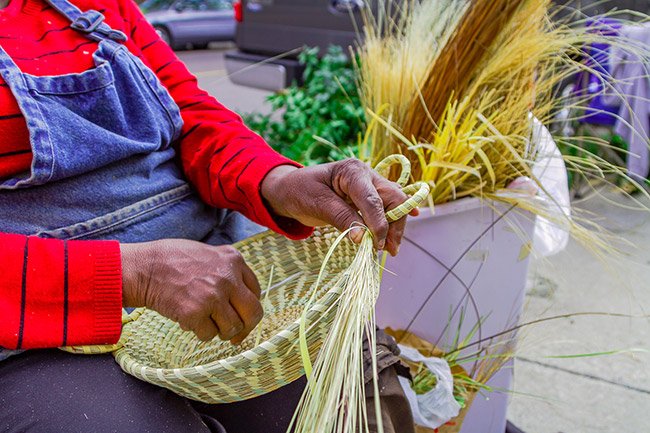 Ben Sumrell of Mount Pleasant, 2018 © Do Not Use Without Written Consent

West Africa resembles South Carolina in both climate and landscape, and rice had long been cultivated there. In slaves, plantation owners gained not only free labor but also a wealth of knowledge and skill. 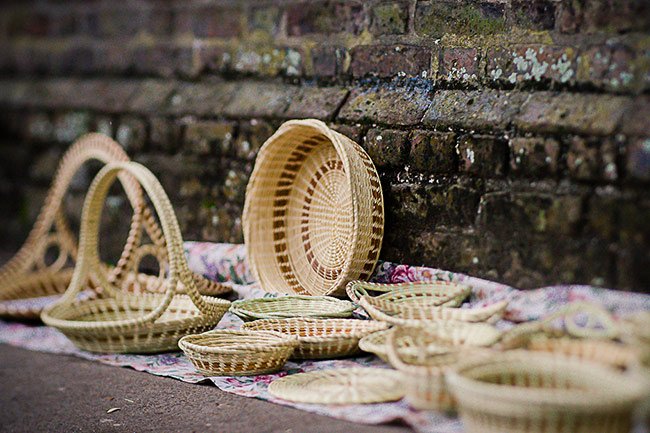 Melissa C. Levesque of Mt. Pleasant, 2015 © Do Not Use Without Written Consent

Though controversial, carriage rides remain a popular part of the tourism industry in Charleston. Traditionally pulled by horses or mules, the large wooden carriages are a constant presence along the border of the Market, especially between Church and Anson streets, where barns are located. After departing from the Market, carriage drivers slowly weave their way through Charleston’s historic neighborhoods, dispensing historical nuggets to passengers along the way. 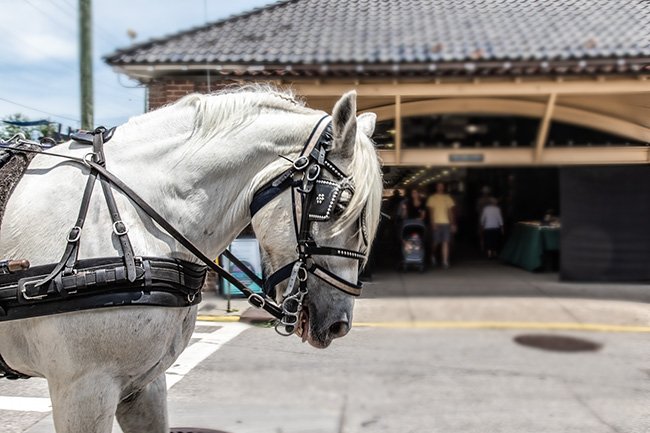 Warren B. Westcott of Aiken, 2018 © Do Not Use Without Written Consent

The carriage companies have come under fire for a variety of reasons, but primarily because of questionable animal welfare policies. Legal and citizen advocacy groups have formed to help protect the animals, who are often required to pull upwards of 6,000 pounds in extreme Southern heat. Other cities have reduced both weight and temperature limits in an effort to ensure humane conditions, but Charleston has lagged behind. For decades, residents have been also frustrated by delays in traffic caused by the horses’ slow pace. Additionally, although the horses are required to wear slings, excrement can regularly be found on the streets of the city.

The Market is listed in the National Register:

(The Market) The Market Hall is considered one of Charleston’s best examples of the Greek Revival style. The Market Hall is of Roman Temple form with one high story over a rusticated lower open arcade. Building materials are stucco on brick with sandstone trim. The tetrastyle Roman Doric columns of the portico help support the elaborate entablature and pediment. Bucrania and ram’s heads are located in the metopes. Cast iron rails are located on the double flight of steps that lead to the main floor of the building. Although small, the Hall is imposing as it stands above and at the head of a long arcade of market stalls. The hall was designed by Edward B. White in 1841, who practiced in Charleston from 1842-1879.

Plan Your Trip: The Market