The best thing about this beautiful Victorian home across from Charleston’s famous White Point Garden is that you can actually visit it as a guest. This iconic inn located in the heart of the South of Broad district was built in 1892, making it one of historic Charleston’s newer homes. Below is a view from South Battery Street. 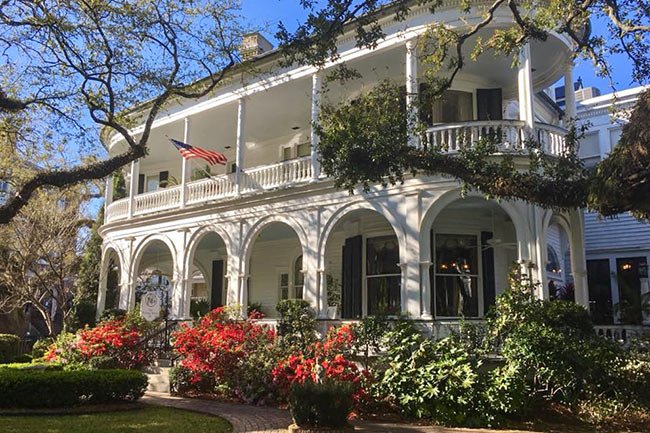 Chad Hartwell of Charleston, 2017 © Do Not Use Without Written Consent

The house was a gift to Mr. and Mrs. Waring P. Carrington from Mrs. Carrington’s father, George Williams, who lived in the nearby Calhoun Mansion. According to legend, Mr. Williams left his daughter $75,000 on a satin pillow as a wedding present. The couple built this house with the gift, and in the process installed one of the inn’s most popular features: Tiffany stained-glass windows. Mrs. Carrington commissioned and donated the Williams Music Pavilion in White Point Garden as a memorial to her parents in 1907. 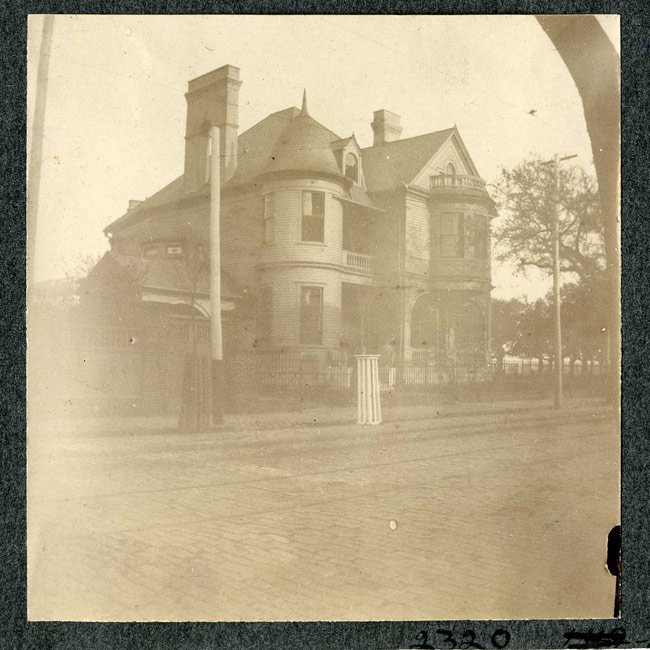 The above photo of the home was taken from Meeting Street in 1896 by J.C. Olmsted of Brookline, Massachusetts. Olmsted was a landscape architect who worked with his brother, Frederick Law Olmsted, Jr., to design the former Chicora Park before it became the now-shuttered Navy Base in North Charleston. He arrived to Charleston early in 1896 to view the Chicora Park property and likely took this photo during his visit. The Olmsted brothers also designed Hampton Park in Charleston. Their father, Frederick Olmsted, Sr., is known for his design of Central Park in New York, among other notable landmarks. 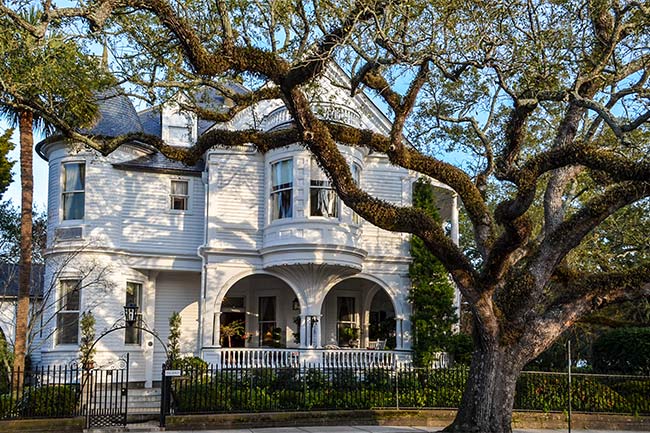 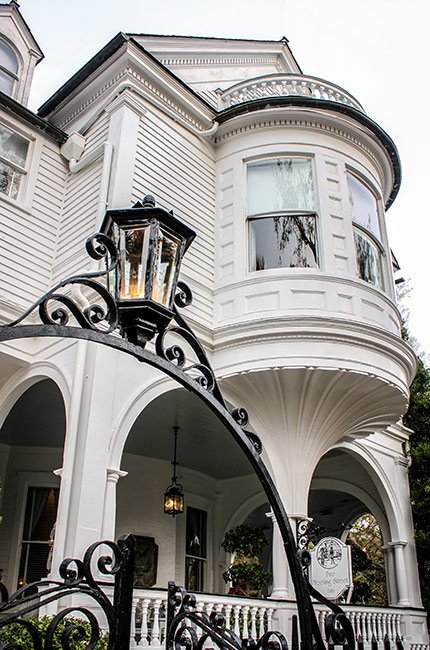 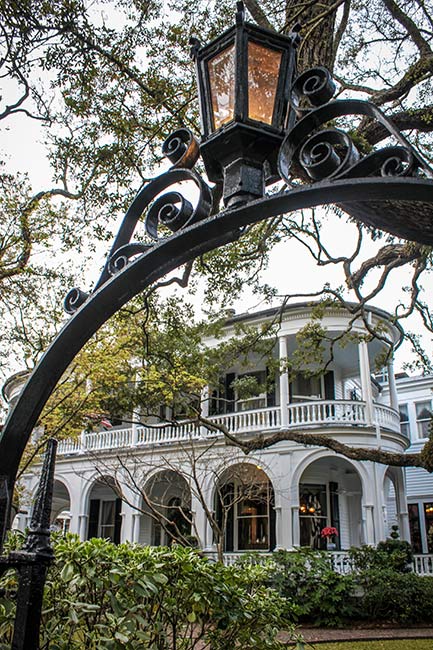 Contributor Gary DuBose of Seneca says of his above photo: “This was taken on a short trip to the beautiful city of Charleston last holiday season. We plan to go back again for a few days after Christmas. I think that this is one of the most photogenic buildings in the city. It is a popular bed-and-breakfast, well-suited for romantic getaways and honeymoons.” 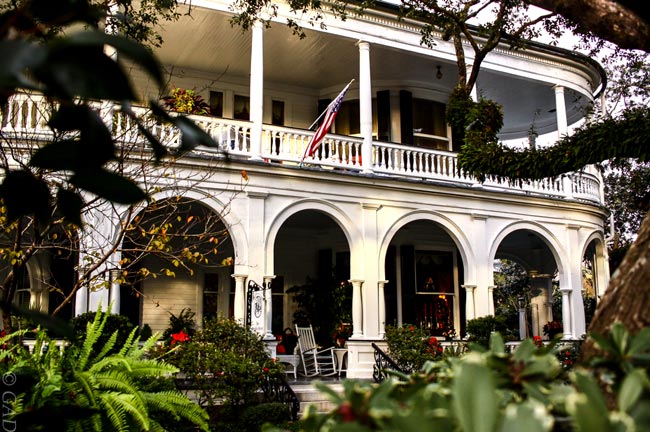 Gary A. DuBose of Seneca, 2015 © Do Not Use Without Written Consent