The Villa Margherita is a historic mansion located at 4 South Battery in downtown Charleston. The home was financed by Andrew Simonds, founder and president of the First National Bank of South Carolina, and given to his wife Daisy as a wedding present in the mid-1890s. 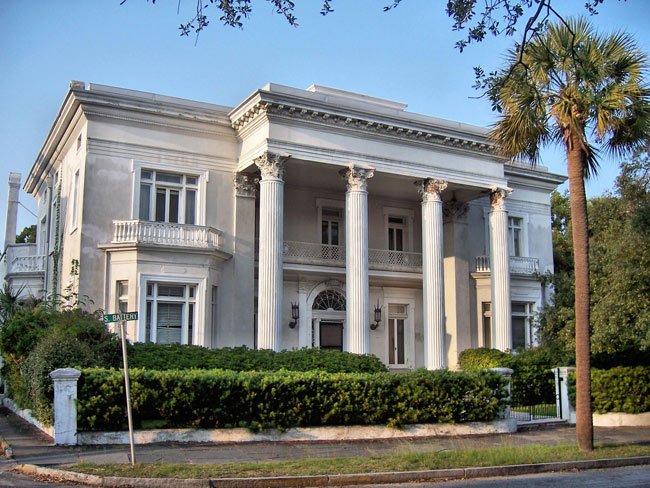 Brandon Coffey of North Charleston, 2005 © Do Not Use Without Written Consent 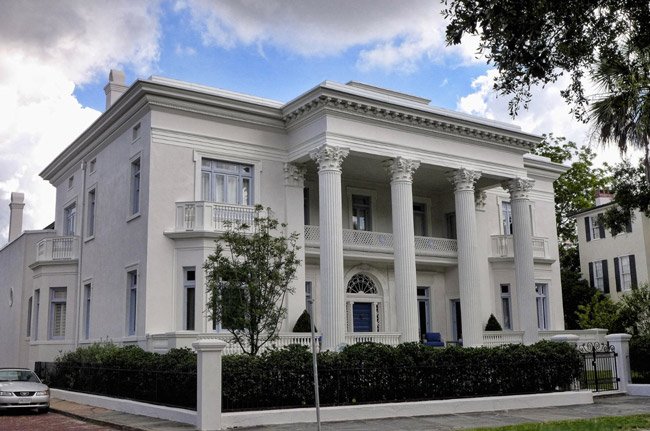 Key features of the home include the Corinthian-columned portico, a second-floor ballroom, and South Carolina’s first indoor swimming pool. The interior swimming pool has been closed in during renovations but an early 1900s photo of it can be seen below. 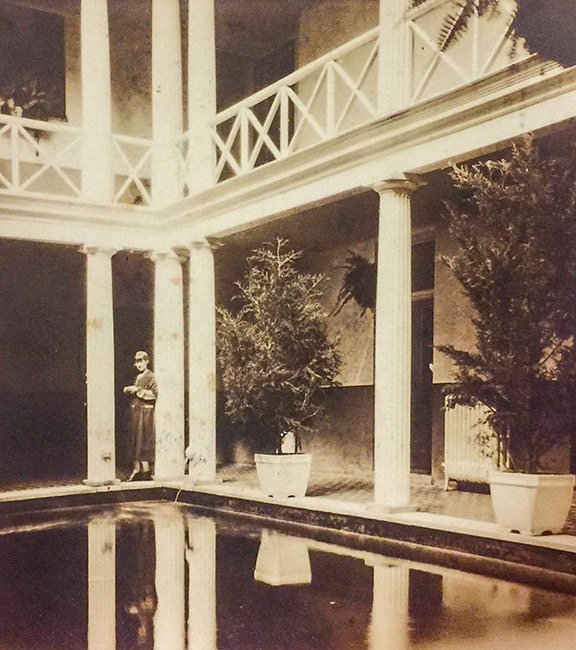 South Carolina Historical Society, Early 1900s © Do Not Use Without Written Consent

The home served as a famous inn from 1905 through 1953 and hosted three United States presidents among other prominent guests. Its location directly across from Charleston’s White Point Garden makes it a point of interest on walking tours. Though the home had fallen into disrepair over the years, new owners who purchased the Villa Margherita in 2012 have restored the home. The results of the restoration can be seen in the photo from 2016 above on this page. 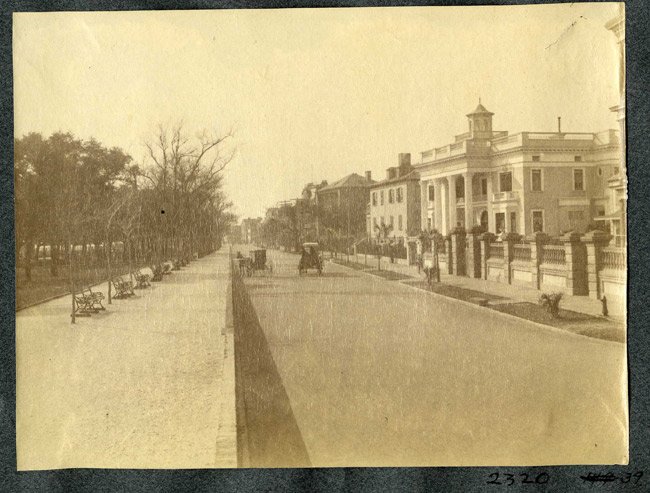 The historic photo above depicts Villa Margherita on the right side of South Battery Street in the late nineteenth century when it was still owned by the Simonds family. The photo now belongs to the Olmsted Archives, but at one time it belonged to J.C. Olmsted. Olmsted and his brother, Frederick Law Olmsted, Jr., were landscape architects who designed Charleston landmarks such as Chicora Park at the now-shuttered Navy Base as well as Hampton Park near The Citadel. Their father was Frederick Law Olmsted, the landscape architect who designed Central Park in New York. 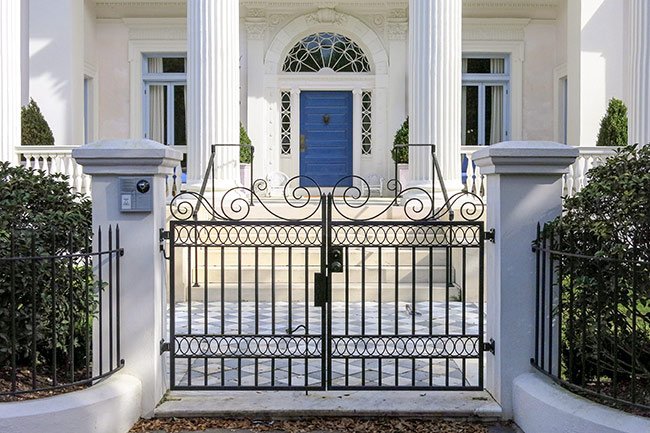 The image of the Villa Margherita below is from an advertisement that was originally found in the 1928 prospectus for membership in the Yeamans Hall Club, a former rice plantation turned exclusive country club on the Cooper River outside of Charleston. 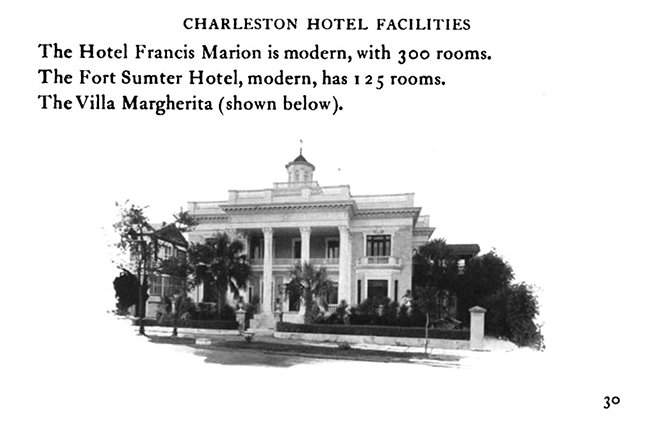 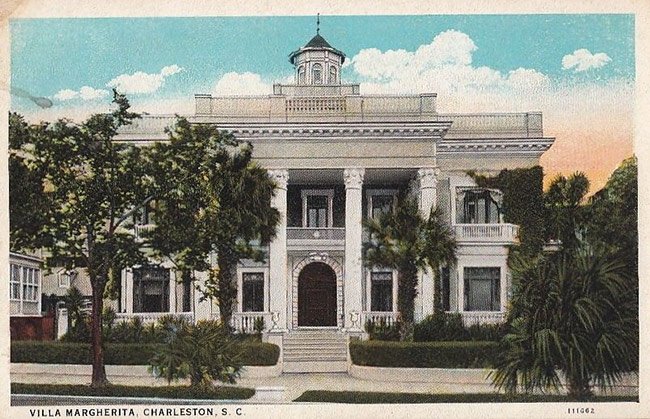 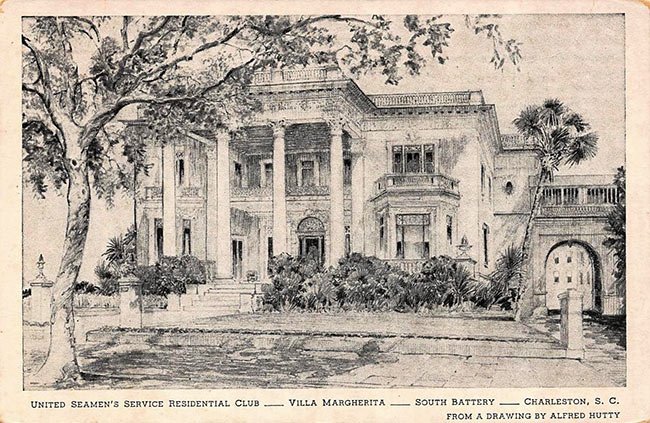 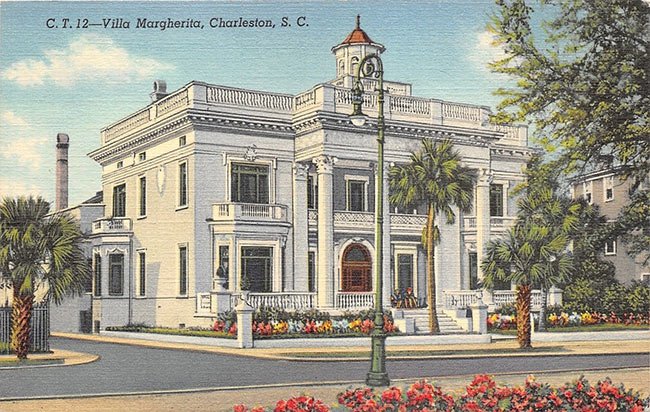 Another photographer, Gil LaStrapes, makes a similar observation: “I often visit historic area, looking for that special place, that either hasn’t changed or has seen better days. I’m hoping to capture a moment in time, before it’s gone or before it’s unavailable to the public. In the case of Villa Margherita, she is as beautiful revealing her all of weathered flaws as she was the day her doors were opened to her first resident, Daisy Breaux Simonds, as a wedding gift from her husband in 1892.” 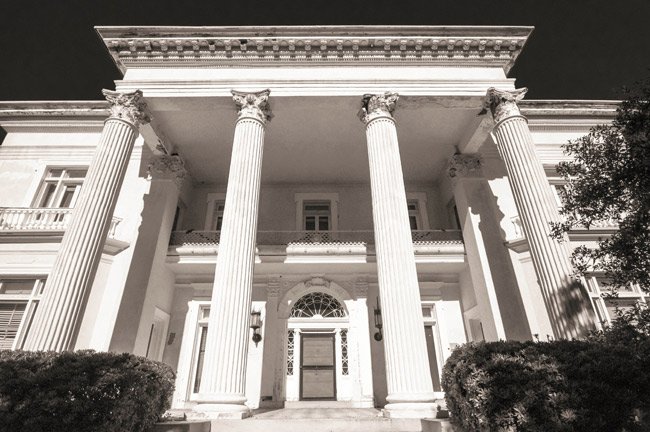 Gil La Strapes of Florence, 2011 © Do Not Use Without Written Consent

Photographer Brandon Coffey recognized the aesthetic of this building even before the latest renovations began: “You look at it now and it’s so neglected – the columns are crumbling, but it’s still beautiful.”