McClellanville is home to some of the Lowcountry’s most charming historic homes. The village was first settled as a summer retreat for planters in the mid-nineteenth century by Archibald McClellan, who divided Pointe Plantation into lots, and Richard Tillia Morrison, II, who did the same with Jeremy Plantation, which he bought solely to subdivide and sell. The men sold the lots for summer homes along Jeremy Creek, and the village became a permanent residence for many after the Civil War. This house was one of the early homes built during the post-war development of McClellanville. Called Fair Oaks, it dates to 1870 and was built for Richard Tillia Morrison, III, the son of Richard Tillia Morrison, II. Toomer bequeathed the property to his adopted son, Colonel William Morrison Toomer. 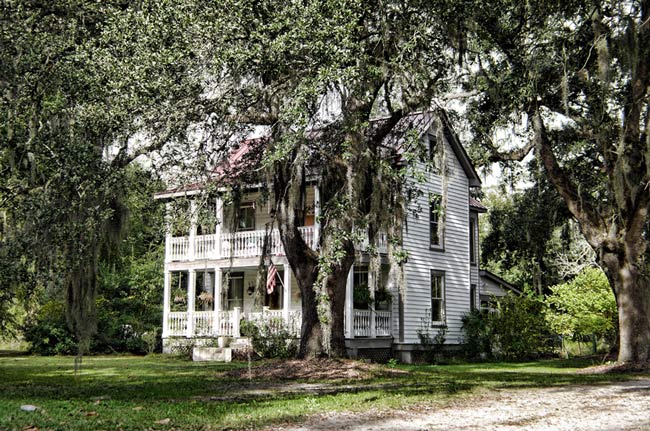 Ownership of the home has changed hands over time, but it remains a private residence. It has undergone several modifications, including the replacement of its double-tiered front porch in 2007. Though the National Register dates the house to 1916, other records show the home existed several decades prior to that year.

Also known as the William M. Toomer House, Fair Oaks is listed in the National Register as part of the McClellanville Historic District: