Confederate veteran William Peter Beckman, who had been stationed in McClellanville during the Civil War, remained in the fishing village after the war’s end and opened a store on the lot beneath the beloved Deerhead Oak in 1867. As more people moved to villages from rural plantations after emancipation, merchants such as Beckman found great success. Beckman’s store was the first in McClellanville. Around 1868 he built this stately two-and-a-half story house and relocated his business to the ground floor. The store continued to prosper in its new location on Pinckney Street, the town’s main road. Legend holds that the Greek Revival home had secret holes in the upstairs floor so that Beckman could monitor business transactions below. 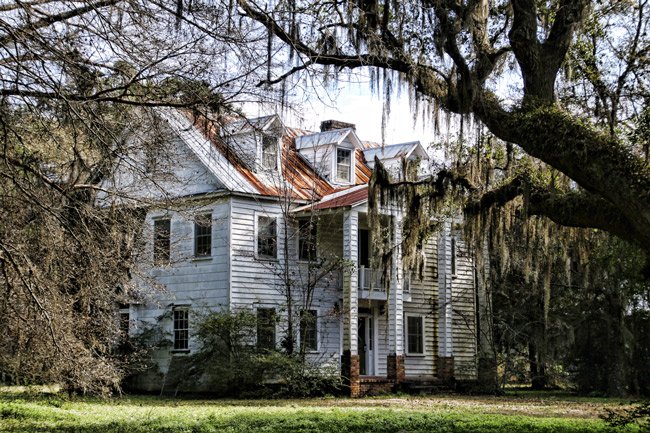 Education was important to Beckman, who built a schoolhouse in 1875 near his home for his many children. The small school building housed a classroom downstairs and living quarters for a teacher upstairs. The Beckmans continued adding to their family over the years, necessitating a new home. Local stories state that Beckman built another grand house in 1886, also on Pinckney Street. Other records claim the house was built in 1901 for William Beckman’s son, Ludwig Armstrong Beckman, who indeed lived in the house. Both Beckman residences are still extant, and the park in which the Deerhead Oak stands remains in the Beckman family.

The William P. Beckman House is listed in the National Register as part of the McClellanville Historic District: