This historic Cherokee County farmhouse in Chesnee was built in 1886 for Zeno Hicks, a local self-taught doctor and veterinarian. The home is a rare example of an I-house with a central chimney. I-houses were named so due to their proliferation throughout – but not limited to – Indiana, Illinois and Iowa, which all begin with the letter I. The vernacular homes are at least two rooms wide, one room deep, and two stories tall. Many I-houses found in the South, including the Zeno Hicks House, feature porches adorning the front of the home and sheds covering the rear. The Zeno Hicks House was built of hand-hewn heart pine by Ramus Wadkins. 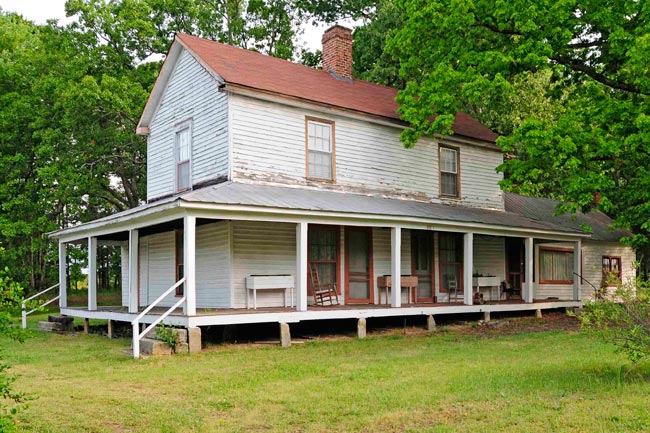 The home’s wrap-around porch was added by Jubilee Lovelace in 1887. A one-story addition was built in 1888. The home’s interior includes South Carolina’s only known original Y-shaped stairwell (seen below), meaning a central staircase that branches off into two separate staircases leading to the second floor. 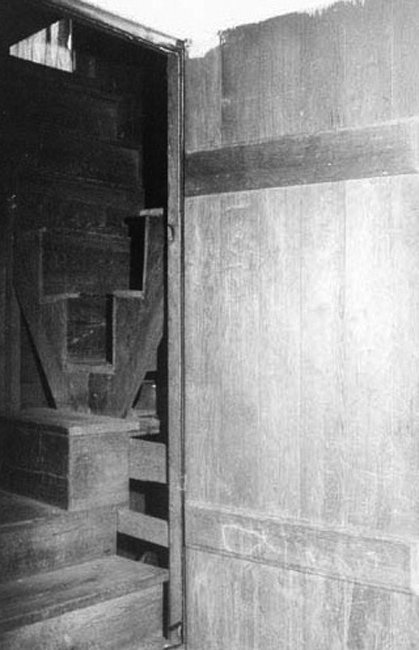 SC Department of Archives and History, 1989

Hicks and his five brothers, all musicians, formed the Hicks Orchestra in 1875. The brothers performed around both South Carolina and North Carolina into the early part of the twentieth century, and crowds would often form around the front porch and elsewhere on the four-acre property and listen to the combo play its mix of violin, cello, banjo, guitar, and melodeon (similar to an accordion). Though the group called itself an orchestra, its music was more akin to bluegrass or Scots-Irish folk music. 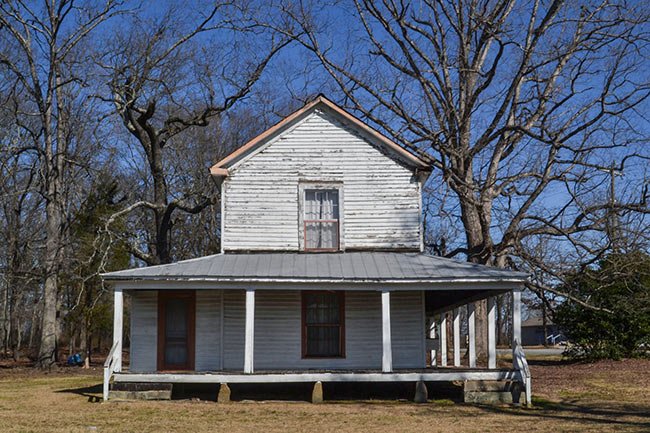 In 2011 the Cherokee Historical Preservation Society celebrated its 125th anniversary at the home, which remains a private residence. Musicians once again gathered and played to a crowd from the porch, in keeping with the farmhouse’s lively history. The event served as a tribute to Zeno Hicks, his brothers, and the house that once entertained a community. 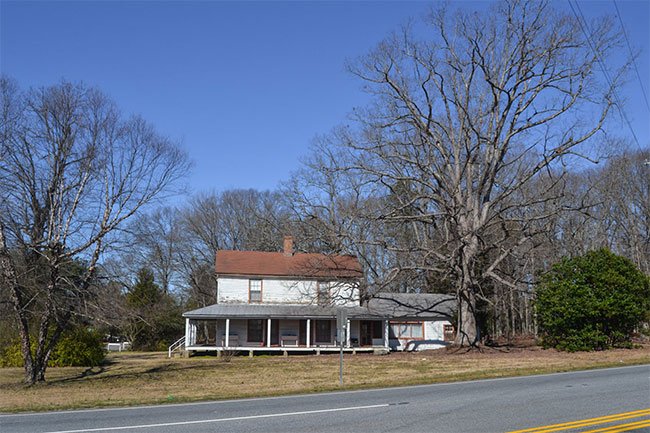 The Zeno Hicks House is listed in the National Register:

(McKinney-Hicks Homeplace) The Zeno Hicks House, built in 1886, is a relatively intact example of a vernacular rural farmhouse of the late nineteenth century and is associated with Zeno Hicks, a prominent local folk doctor and musician of Cherokee County. The house is architecturally significant as a rare example of a central-chimney I-House in the state. Many of the original finishes, such as batten doors, plain mantels and paneled walls still remain. The unusual Y-shaped stair leading to the second floor is the only identified example in the state. Ramus Wadkins, a local craftsman, built the house on land Nan Hicks had inherited from her father. In 1887 Jubilee Lovelace, another local craftsman, added the porch which originally extended around the four sides of the house. The house is a two-story, rectangular frame house built of weatherboard hand sawn from heart pine. A one-story addition was built in 1888 adjoining the main block at the rear; each block has a gabled roof. A one-story porch with shed roof, built in 1887, extends around the façade (southeast elevation) to the southwest elevation on the main block. The rear elevation of the house has a shed roof which continues the porch roof over a small addition created by the partial enclosure of the porch as a storage room c. 1955. The property also contains an historic outbuilding, once used as a corncrib. Hicks, though he had no formal medical training, served the Chesnee community as a doctor and veterinarian, learning from medical books, journals, and experience. Hicks was also a noted musician. He and five brothers formed “the Hicks Orchestra” in 1875, which performed for nearly 50 years in North and South Carolina.