This brick structure in the town of Jefferson in Chesterfield County depicts the Angelus School. The school served grades first through twelfth. According to several newspaper articles the school was under the direction of Principal Claude Ralph Griffin for many years. 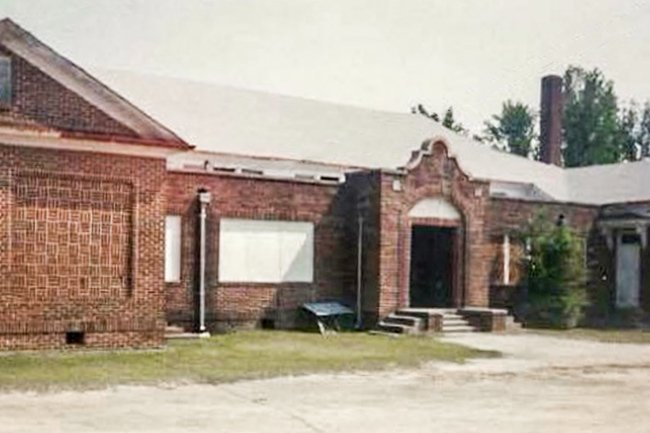 Donna Edgeworth of Scranton, 1990s © Do Not Use Without Written Consent

This rural area is technically in the town of Jefferson, but locals refer to it as Macedonia-Angelus. While we have not found specific dates yet, the school operated sometime into the 1950s. Often times throughout South Carolina, and other states, these school buildings no longer were used when districts consolidated leaving the buildings vacant. 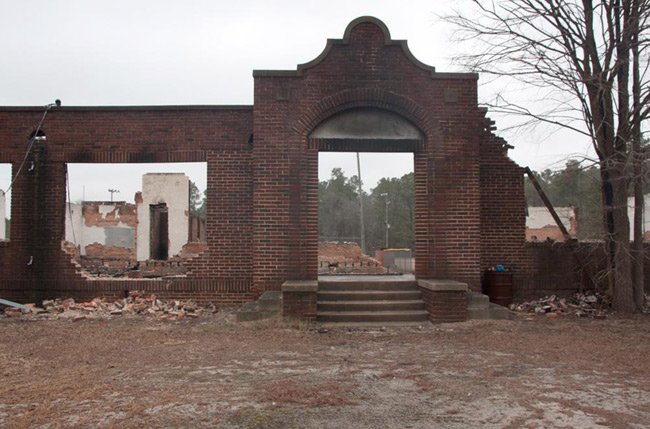 Chesterfield County was one of three pilot counties under the direction of President Eisenhower’s Committee for Rural Development Program. This program was designed for the Federal Government, local governments, private agencies and individuals to work together to develop a series of actions to identify the needs of low-income people in rural areas to help them achieve “greater rewards for their contributions to national progress.”

Angelus was the first community in the county to organize monthly meetings under this act. Following this program gave the once vacant building a new purpose by allowing it to serve as the new community center. Also of note, in a newspaper article found in Florence Morning News on May 9, 1960 it is stated that “Last year, Angelus converted a school building into a cotton warehouse. This was approved by the South Carolina Commission of Agriculture and Commodity Credit Corporation for storing hay under the A and B plan. As this warehouse can accommodate 1,000 bales of cotton, this is a service to individual cotton growers, providing them a place for storing and selling cotton.” 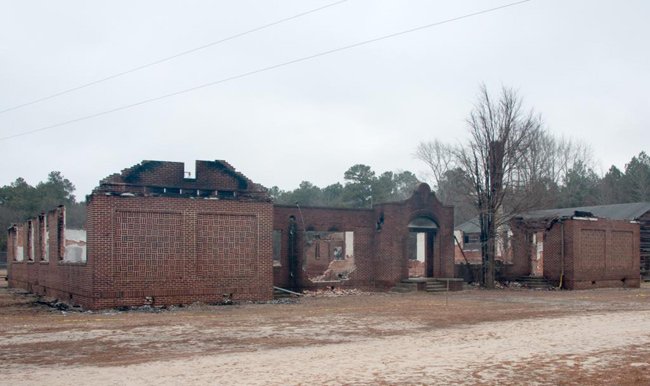 At the time of these haunting photos, taken by Jim Jenkins, only the ruins of the old school remained. A fire ripped through the building on the morning of December 1, 2013 leaving behind little more than a shell of what once was. Authorities were unsure of what caused the fire but reported that the building had been irreparably destroyed. Photographer and contributor William Thursby has let us know that the land was being cleared and only small portions of these ruins remain as of 2017. 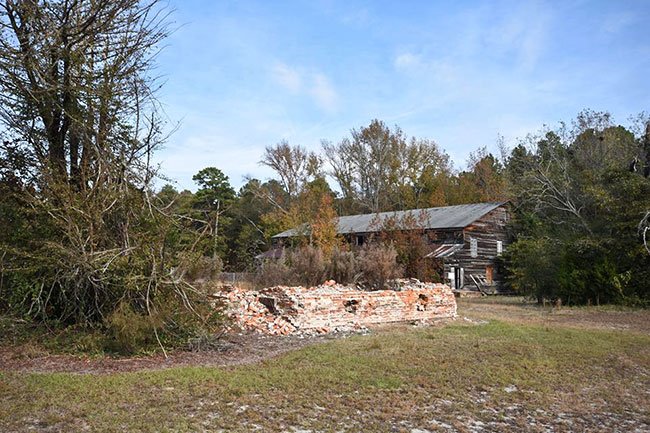 We are looking for more information on the old school. If you have a story about Macedonia-Angelus or these buildings in particular, please send it to the South Carolina Picture Project so we can add it to this page. Thank you!

Standing beside the schoolhouse was the old gymnasium. Standing two-and-one-half stories tall, this frame structure was the home to many school sporting events over the years. Miraculously, the fire did not spread to the gymnasium making it the only original structure left on the property. 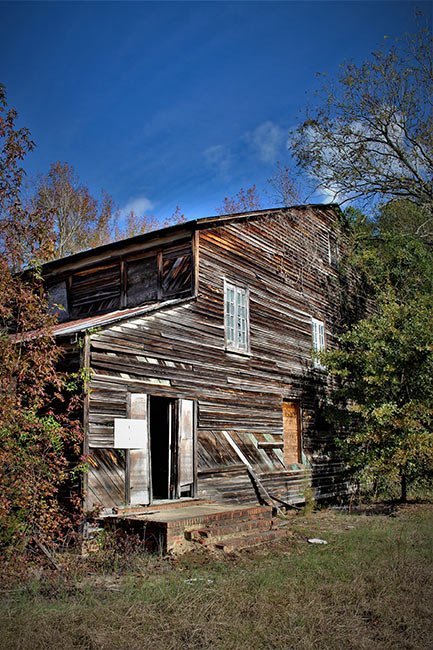 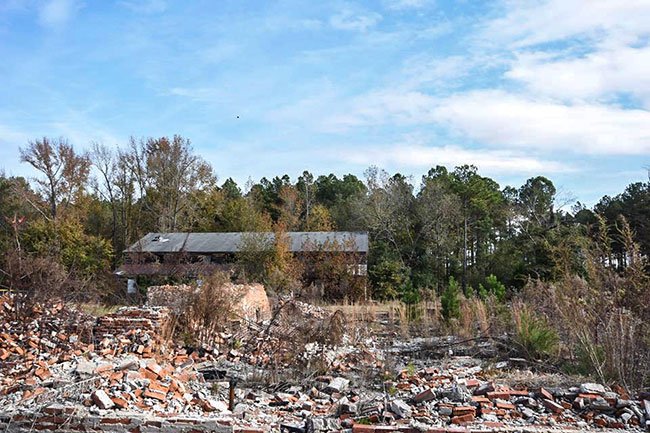 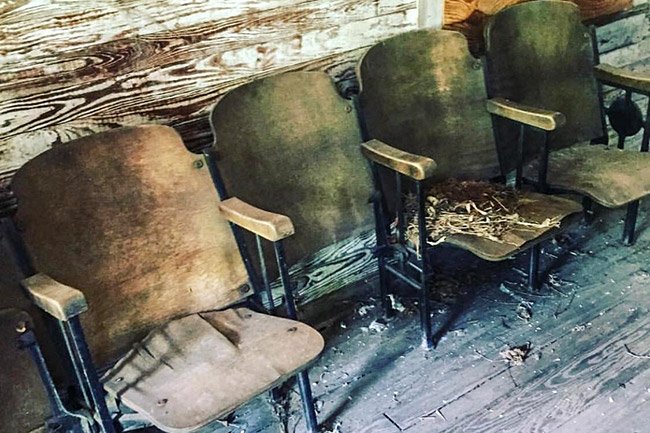 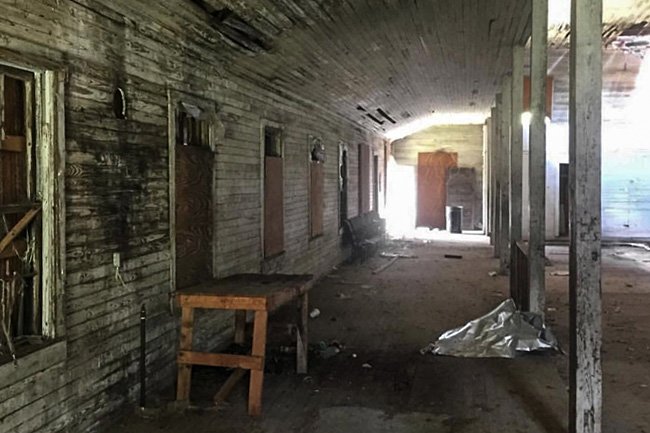 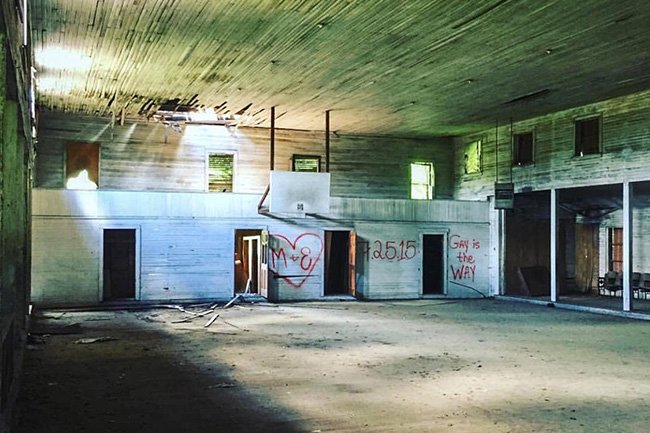 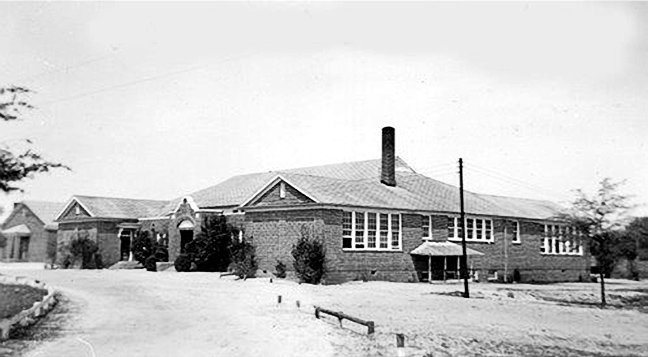 Courtesy of SC Department of Archives and History, 1940s 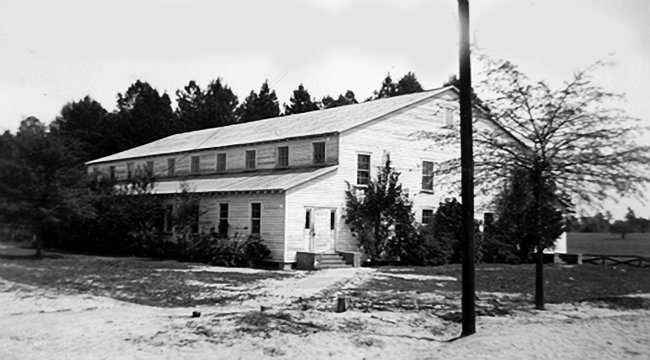 Courtesy of SC Department of Archives and History, 1940s

Reflections on the Angelus School

Valued contributor Jim Jenkins, who took several of the above photos in 2014, shares the following about Angelus School:

One of the buildings still standing was an old gym. I played basketball in this gym as a visitor in the early 1950s. Most every community in Chesterfield County that had a high school had a basketball team. The gym at Angelus is the only wooden gym I can recall. I knew the wooden gym was still standing when I passed by years ago, but I was surprised to find it still there on Monday. 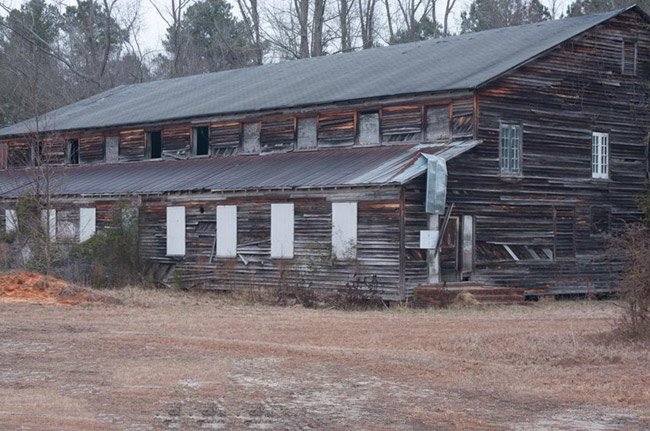 The community is called Macedonia-Angelus today. My mother’s family lived in that area when they were growing up, and the younger members of the family attended Angelus School. I believe the building that burned was a newer building than the one my mother’s family attended. The area serves as a recreation site today, and you can see ballfields behind the school that burned. 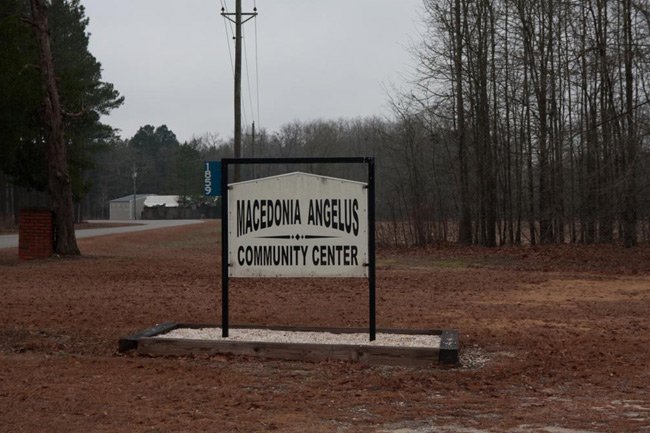