This home in the historic district of Cheraw was built around 1800. Local historians suspect that it is the third oldest residence in the town. 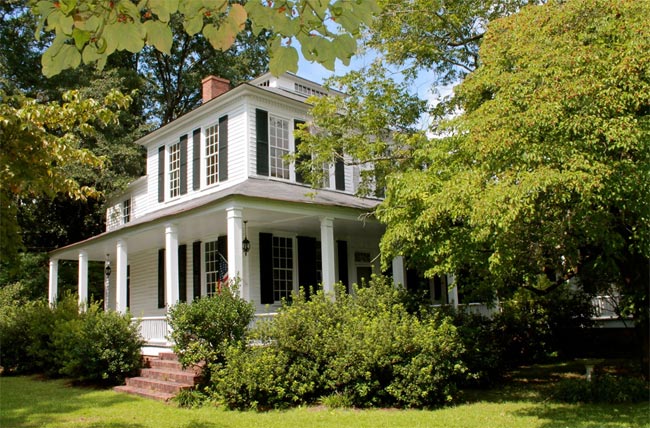 David Sides of Cheraw, 2012 © Do Not Use Without Written Consent

Cheraw is the site of the first secession meeting, held in 1860. John Auchincloss Inglis, owner of this home at the time, chaired the committee that drew up the Ordinance of Secession. Inglis also served as Chancellor of South Carolina during the Civil War.

The Chancellor Inglis house is listed in the National Register as part of the Cheraw Historic District. The Register notes that the home is also called the Watts House. It adds that it has had “rather extensive additions” and that a “large veranda connects [the] former detached kitchen to rest of structure.”

Many thanks to David Sides, Cheraw Director of Tourism and Community Development, for providing the above photo and much of the information.