This Federal-style home built in 1820 in the town of Cheraw once hosted Revolutionary War hero Marquis de Lafayette. In 1825 a reception was held here in his honor, and legend holds that he enjoyed himself to the point of dancing on the roof. 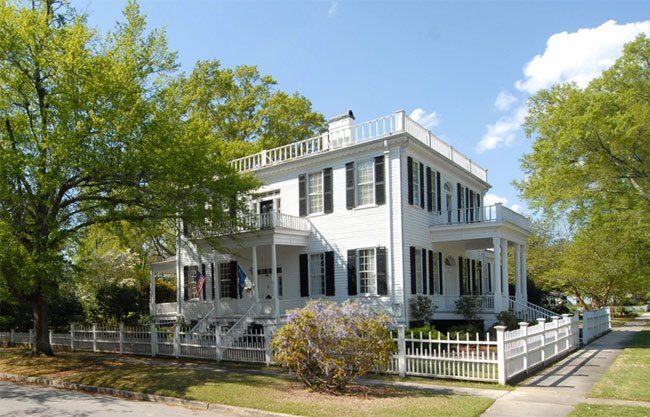 While the roof may have served as a dance floor to the French-born general, the balcony below it was a point of tragedy for the home’s builder, Dr. William Ellerbe, who allegedly was jokingly pushed during a political discussion and fell to his death as a result.

Many thanks to David Sides, Cheraw Director of Tourism and Community Development, for the above photo and history surrounding the house.

The Lafayette House is listed in the National Register as pert of the Cheraw Historic District: