The Old Malloy House in historic Cheraw is also known as the Teacherage because it housed unmarried teachers in the mid-twentieth century. Though its first owners are unknown, the home is the oldest residence in the town, dating before 1790. It is named for the Malloy family, cotton brokers who owned the house for much of the nineteenth century. 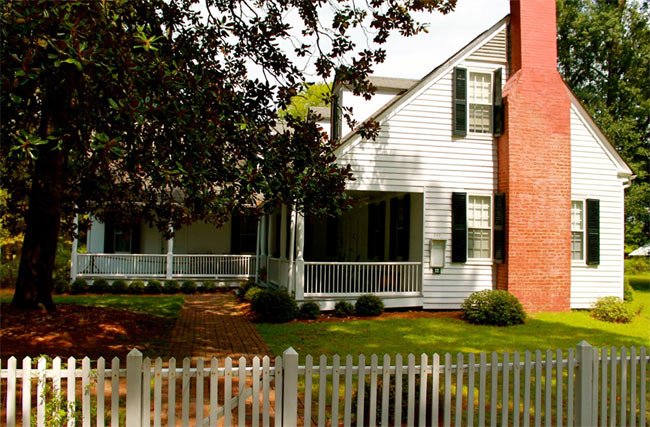 The Malloys had six sons, all of whom fought in the Civil War and all of whom returned. One died of injuries after his homecoming, however. It is said that the magnolias planted in the yard were to honor the sons as they went to war. The Malloys were friends of President Woodrow Wilson’s father, a chaplain in the Confederate army who was at times a guest in this home. The house remains a private residence.

The Old Malloy House is listed in the National Register as part of the Cheraw Historic District:

Many thanks to David Sides, Cheraw Director of Tourism and Community Development, for providing the above photo and much of the information.