This charming Queen Anne-style church in Walterboro was built around the turn of the twentieth century for the First Baptist Church of Walterboro. The church used this building until 1954. When the congregation built a new church in the mid century, this sanctuary became the home of St. John’s Independent Methodist Church. Today the Fishers of Men Ministry, a Pentecostal congregation, occupies the historical cruciform church. 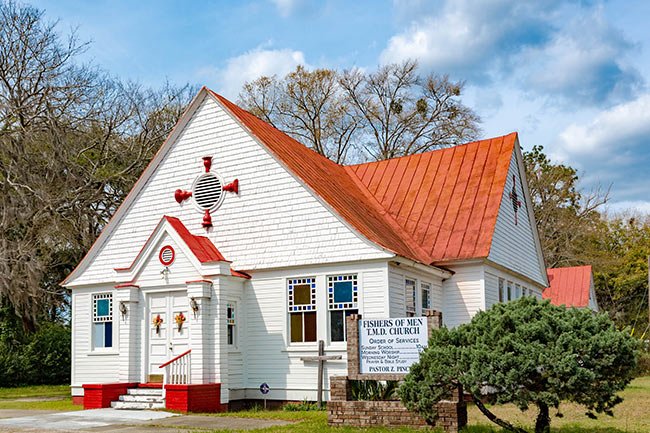 The home pictured below stands next to the historic church building and was constructed around 1905 in the Victorian style. Known as “The Parsonage,” this home housed the pastor of First Baptist Church when it occupied the church building. The house eventually turned into a private residence, not associated with the church. 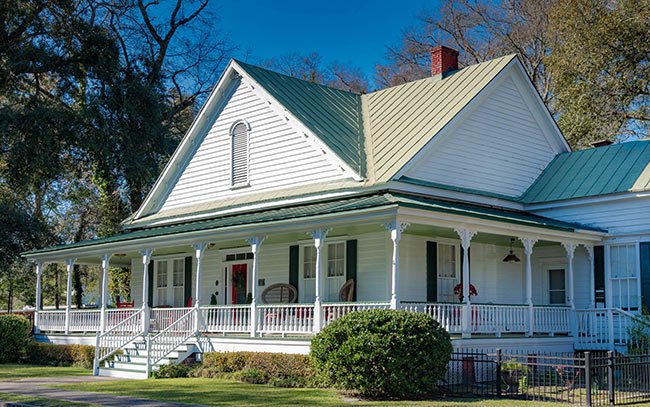 The Fishers of Men Ministry is listed in the National Register as part of the Walterboro Historic District: 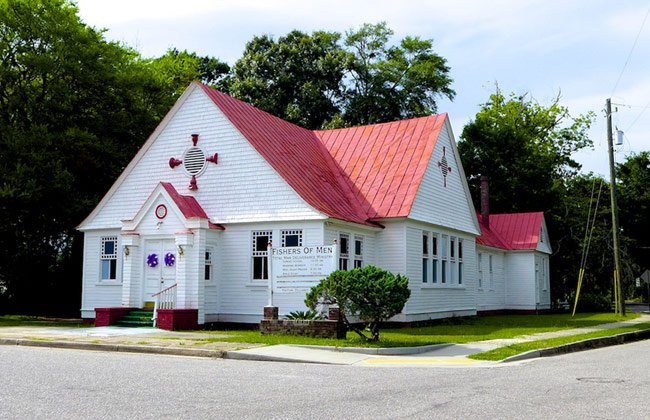 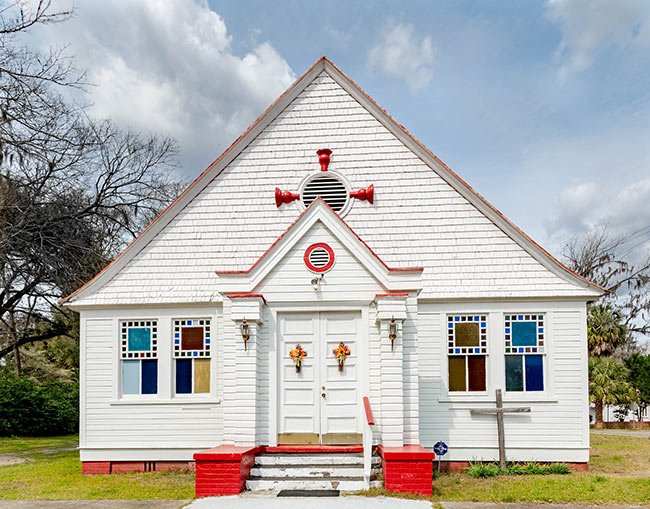 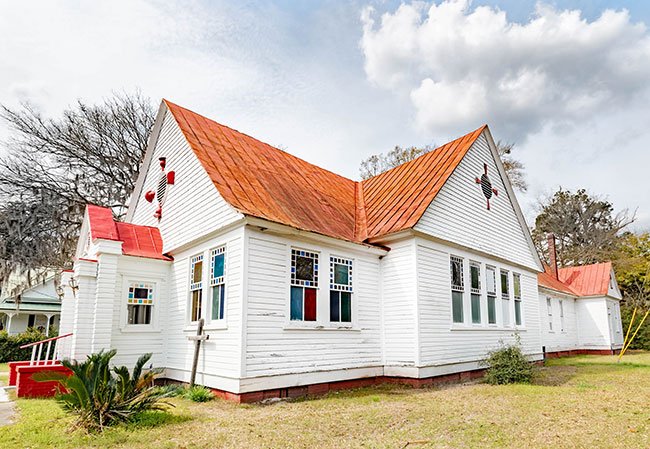