This old drive-in movie screen that for decades towered over Walterboro served as an iconic piece of American culture and history for 64 years. The movie screen’s celebrated silhouette was designed by renowned artist Carew Rice of nearby Green Pond and painted onto wood panels by Colleton County sign painter Foch Headden. The depiction of deer, ducks, water, and a tree was installed behind the screen by 1950. It remained a beloved landmark, even as the drive-in theater closed in 1990. 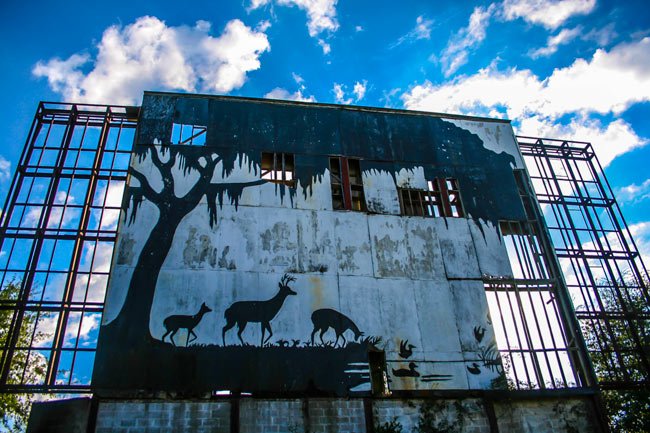 Steven Taylor of Walterboro, 2012 © Do Not Use Without Written Consent

As the screen sat abandoned in the years following the closing of the theater, it began to deteriorate, and panels of the silhouette began to fall. A non-profit group called “Screen Savers” formed in an attempt to save and restore the famed mural, especially since the scene was created by a noted South Carolina artist. 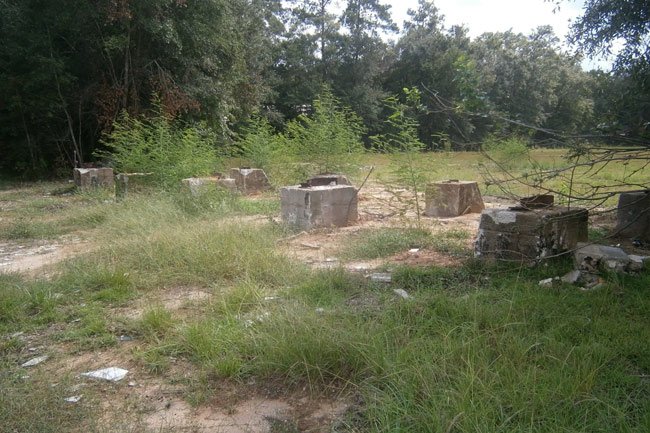 Despite efforts to save the screen, property owner Keith Kinard, descendant of the theater’s founder Dr. E.B. Funderburke, was unable to maintain it. In May of 2014 city officials ordered the screen demolished, and in June of 2014, a work crew disassembled the screen – including the painted panels – much to the dismay of locals. 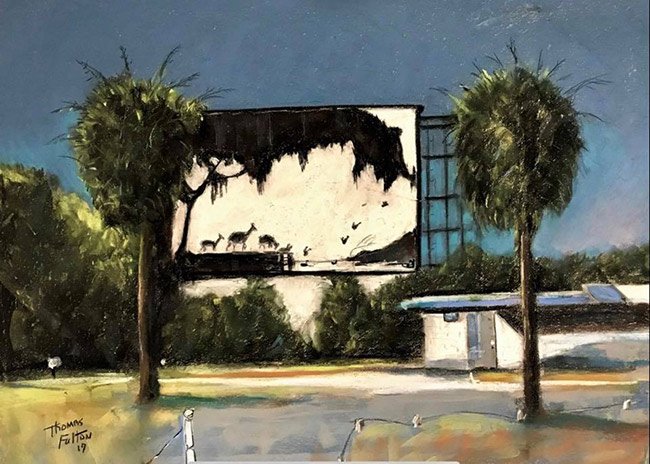 Reflections on the Walterboro Drive-In

Contributor Bill Segars shares some history about the silhouette that graced the movie screen and its artist: “I can remember seeing it when the mural was full, no missing pieces. It is a painting of a silhouette that Carew Rice did. Carew lived in Green Pond, out from Walterboro, so he would see this drive-in theater every time he went to ‘Town’. Lowcountry, deer, ducks, moss in the trees, black & white; that is a typical Carew Rice silhouette. If you’ve ever seen one of his pieces, this is it. He obviously didn’t cut this out with a little pairs of scissors, it was copied and painted on 4X8 plywood. Carew was our cousin; his grandson Clay carries on the art of silhouette cutting today. I can remember Carew coming to visit us, and he would sit at the breakfast room table and tell us children Lowcountry stories while he cut black paper with tiny little scissors. Then all of a sudden he would unfold the paper and there was a beautiful scene depicting what he was talking about. He was quite the character.”