These stately brick columns serve as a reminder of the early Welsh Baptists who settled throughout the Pee Dee region of South Carolina in the eighteenth century. The Darlington County community of Dovesville is home to this former Greek Revival edifice once known as Black Creek Baptist Church. The congregation began as early as 1769 when residents of the Black Creek area would gather regularly at the home of Christopher Teal for sermons led by a Mr. Pugh (likely the Reverend Evan Pugh, who served several burgeoning Baptist congregations in the area during that time). 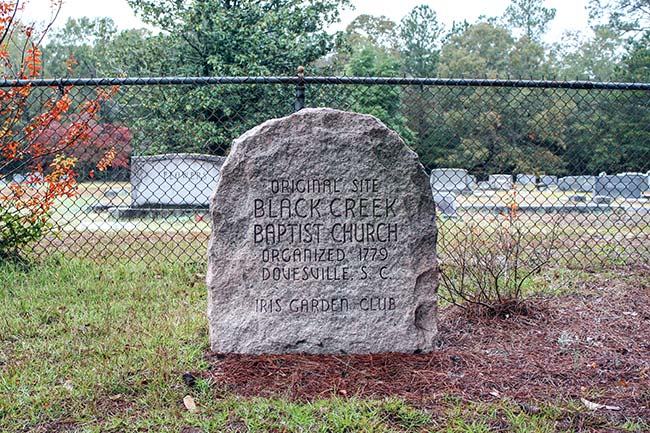 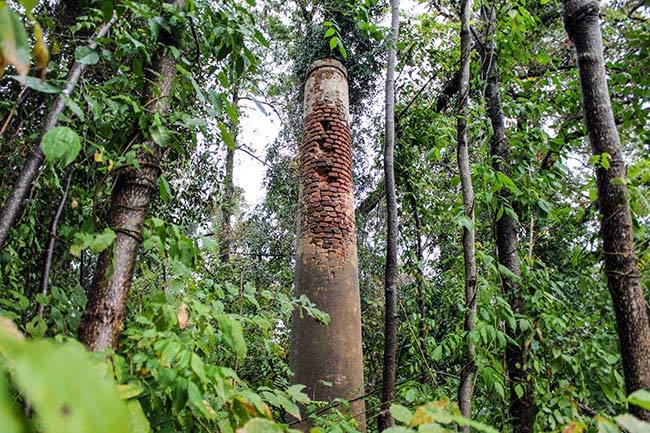 The church was officially recognized as Black Creek Baptist Church on August 11, 1798, though it was often called “Pine Log Church.” The Pine Log Church was replaced in 1806, and it was replaced with another structure in 1839. Finally, a grand wooden church with brick columns was built place in 1859, and the 1839 church was used as a school building, housing Black Creek Academy. The 1839 church burned in 1876. The present churchyard was established in 1889. 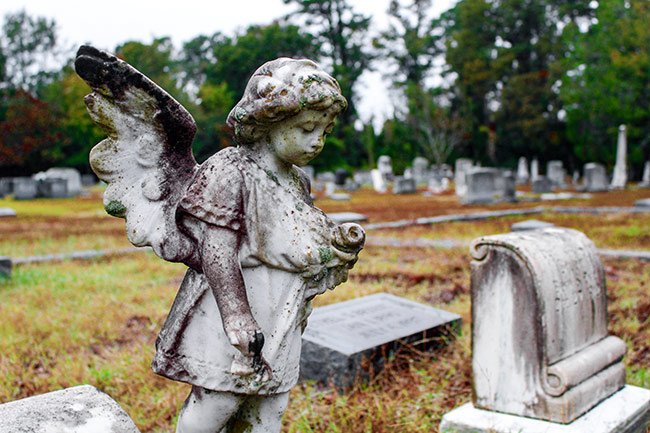 The ruins seen here are from the last church building. The brick church served as a house of worship until it was destroyed by fire on April 16, 1922, which was an Easter Sunday. All that remains are the columns and the churchyard. Today the grounds are known as Black Creek Cemetery. The congregation merged with nearby Dovesville Baptist Church following the fire, forming a new congregation called Black Creek Baptist Church in honor of the earlier church. The new Black Creek Baptist Church is housed in a church completed in 1951 on nearby Mont Clare Road.

Below is an article that was contributed to the South Carolina Picture Project by Bill Segars of Hartsville. It originally appeared in his local paper, The Darlington New & Press. It was published on May 19, 2015.

Many of you may have attended a graveside funeral service for a loved one at the Black Creek Cemetery located at 299 Creek Crossing Road in the Dovesville area of Darlington County, near Nucor Steel. Depending on the time of year the service was held, you may have noticed three brick objects in the woods, or you may not have even seen them. If you saw them, you may have wondered what they are, or maybe you didn’t give them a second thought. Regardless, these three brick columns have a story to tell, if you’ll take the time to listen. 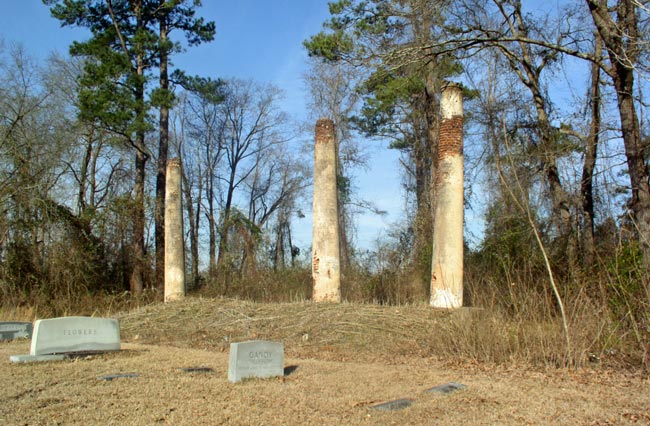 If you haven’t seen them, the fall of the year when the leaves are off the trees is the best times to listen to the story they tell. Their story begins before they were built, even before the United States was built. Baptists were gathering here to listen to Mr. Pugh preach on Wednesday nights as early as June of 1769. Christopher Teal donated an acre of land on September 5, 1789 for the purpose of building a 20 foot square hand hewn log building as a place to worship. Teal’s meeting house assumed its independence as Black Creek Baptist church on August 11, 1798, with 18 members.

If these buildings do not appear to have lasted very long, it must be considered that they were built very crudely, possible even without window glass or heat. The only difference in these buildings and meeting under a “bushy arbor” was that these buildings did keep the rain off (or most of it) the members on a rainy Sunday. This crudeness did not discourage the membership; if anything, it spurred them on to build a better place to worship in. 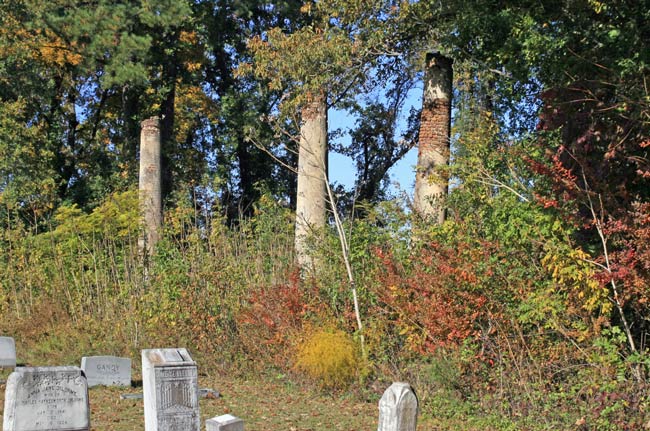 As farming in the area begin to prosper and the railroad came to town in 1852, the citizens in this area of the Darlington District began discussing a Female Seminary, an unheard of subject for people of the midlands of South Carolina to be talking about. On September 27, 1854 a campaign was begun, with the support of the Welsh Neck Association, to raise money for a Female Seminary to be built in Springville. After several years of work on this project and raising $7,500, the project seemed to be doomed not to be successful. Then in 1861, the final nail in the coffin was driven in by the War Between the States, the Seminary was never built, but not forgotten. Do those names, “Welsh Neck”, “Female Seminary” sound familiar? After the War, in 1894, these far-sighted citizens swung their support behind the founding of the Welsh Neck High School, soon to be Coker College, still in operation today in Hartsville. [Coker College is now known as Coker University.]

At the same time the Seminary was being discussed, the Reverend Dargan pushed for a new, more fitting, house of worship for the Black Creek congregation. On November 1, 1856 a building committee was appointed, and 30 days later the adjacent lot to the church had been acquired and $2,472 had been raised. They were on their way to a new building. 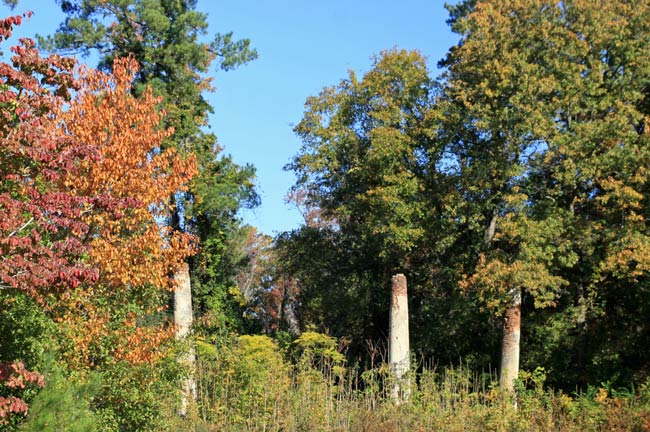 A fine two-story wood siding Greek Revival building was built with a balcony. It sat upon a proper raised brick foundation with brick columns, possibly the first time that brick had been used in a Black Creek Church building. The new building was dedicated on Sunday January 8, 1860. Then along came the conflict in the South. Black Creek Baptist was extremely fortunate to skirt damage as Union forces camped in the area. Church records have this to say about the event: “No church meeting today in consequence of the presence of Yankee raiders in this vicinity.”

The 1839 building was used as Black Creek Academy, until it was destroyed by a fire in December of 1876. The first organ to ever be installed in a Black Creek Church was installed in early 1879. Then in October of 1889, the congregation elected to abandon their old cemetery, which is located on the west side of the present Hwy 52, and laid out the present burial grounds that continue to be used to this date.

Between 1888 and 1889, Black Creek found themselves without a pastor for about a year. This was something that this congregation was not accustomed to. They didn’t know what to do; they were offering a salary of $600 a year and a house to live in. Seems fair, doesn’t it? No one came forward to accept the good deal until they added fringe benefits of a horse and buggy and an annual paid vacation. Only then did they get a pastor, the Reverend C. L. Dowell from Williamston, NC.

Black Creek Baptist prospered very nicely, as many other churches did, in the early 1900’s. They baptized many converts and even started Dovesville Baptist Church, scarcely a mile from the Mother church. All was going well until Easter Sunday, April 16, 1922. As people began to gather for Easter services, they found smoke and flames coming from their beloved church building due to an accidental fire. Due to quick thinking and risk of life, the piano, a large Bible, some pulpit furniture and the communion service was saved, but all else was lost. On February 21, 1924 the two congregations were incorporated into one church at the Dovesville location and the name of Black Creek Baptist Church was adopted by both congregations.

When the smoke cleared that Easter morning, the only remains of their building was the brick foundation and the four massive plaster-covered brick columns that once supported the community, the church, and the building. So why are there only three columns standing now? Church records contain the following quote: “To be sealed in a niche in the Western corner of the new church: a correct list of membership, with conditions, and other matters of interest.” Many have thought this “time capsule” to be in one of the columns. Today all of the columns show evidence of vandalism; one was vandalized to the extent that it fell. Was anything found? Only the vandals know.