This train depot in Society Hill may seem out-of-place resting on a patch of grass at a sleepy intersection, but it has been moved from its original location nearby on West Depot Street. The building is the second to serve as a depot for the Society Hill stop along the Cheraw-and-Darlington Railroad line. 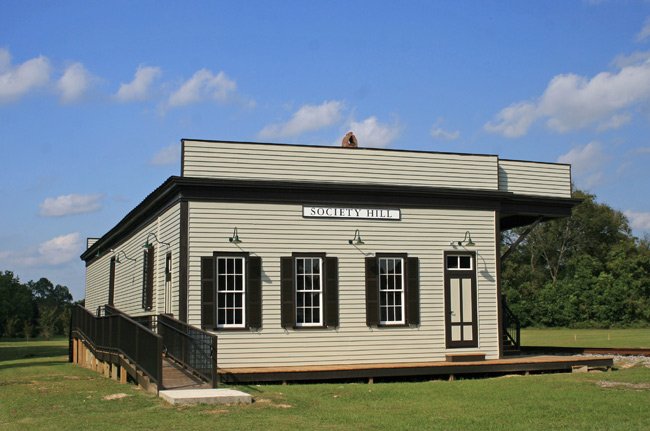 The independent railroad was chartered in 1849 and stretched 40 miles from Cheraw to present-day Florence. The railroad was operational by 1855, and the original Society Hill depot combined freight and passenger service. The design of the first depot was in keeping with many of the other depots along the Cheraw-and-Darlington rail line. 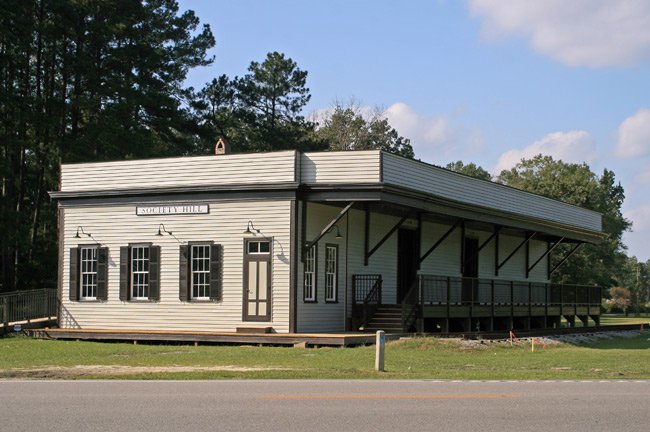 Union troops burned the first depot during the Civil War in March of 1865. It was rebuilt the following year in the same design. In 1898 the Atlantic Coast Line Rail Road bought the independent railway, which continued to provide passenger and freight service here until the 1940s. The building then became strictly a freight depot until 1973. The Town of Society Hill now owns the building and moved it to its current location in 2002. 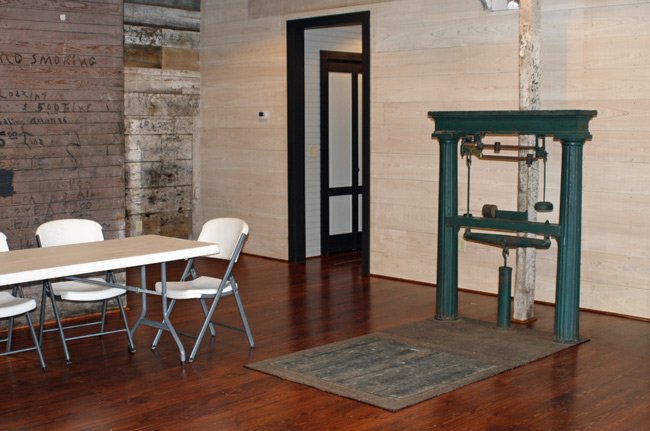 In 2015 the depot was restored with funds raised privately and also from a grant awarded by the South Carolina Department of Transportation. Improvements include making the building handicapped-accessible, relocating the doors to reflect the depot’s original design, painting the exterior, and adding a kitchen, bathrooms, and climate control. 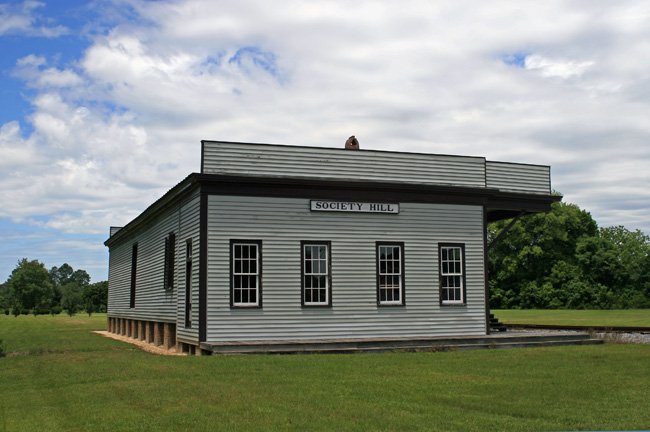 During the renovation process, a significant portion of the original material was dissembled, cleaned, and reassembled. Above and below are views of the depot prior to the restoration. Society Hill hopes to use the depot as a museum focusing on Society Hill as well as a community welcome center and gathering place. 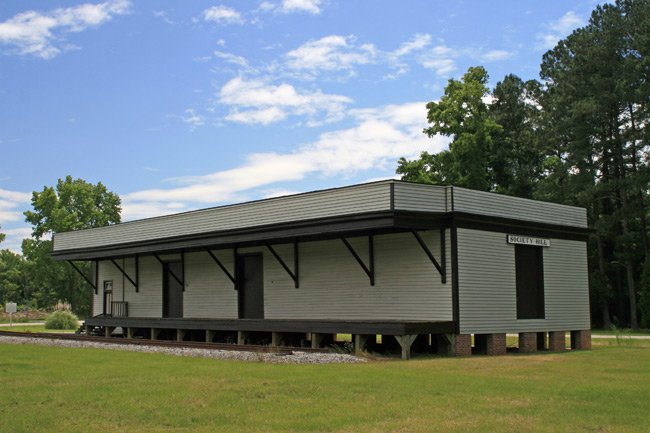