The Dillon County Library, also known as the Latta Library, was built in 1914 at the behest of local Baptist preacher, Reverend W.C. Allen. During this time business magnate and philanthropist Andrew Carnegie was donating funds to establish libraries all over the world. From 1883 through 1929, 2,509 Carnegie libraries were built and made available to the public – 1,689 in the United States alone. 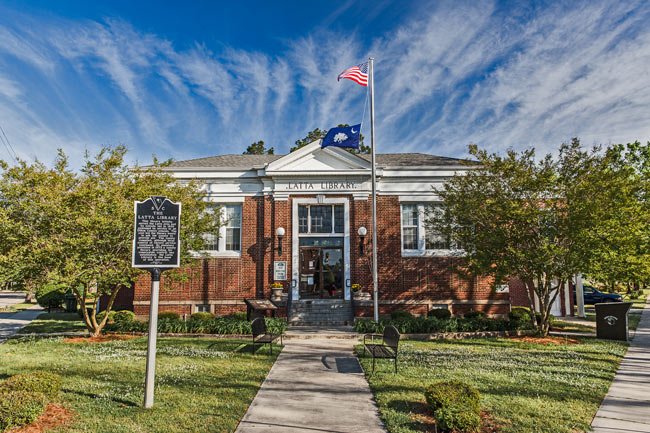 Reverend Allen brought his ideas for a library in the rural community to town council in 1911. Following Allen’s suggestions a library association was approved by council, and the group soon applied for a Carnegie grant. The grant was issued on the provision that the town provide a lot for the library along with $500 per year for maintenance. 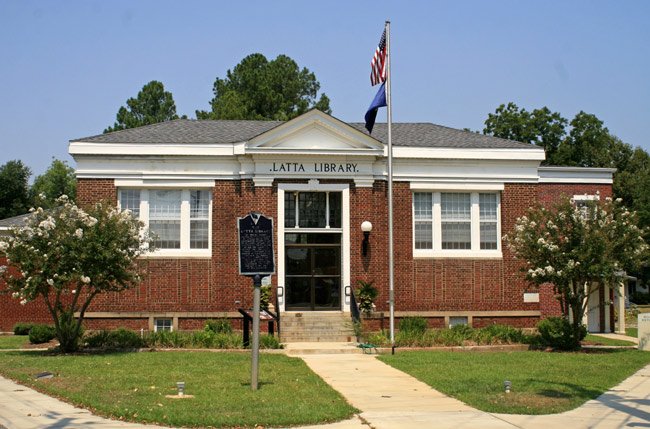 Fortunately, Latta resident C.F. Bass donated a lot for the community library, and a one mill property tax within the Latta School District ensured the annual maintenance fees. By 1929 the library expanded its services to include the county. The Works Progress Administration granted funds to help maintain the library during the Great Depression, and an addition was built in 1936. 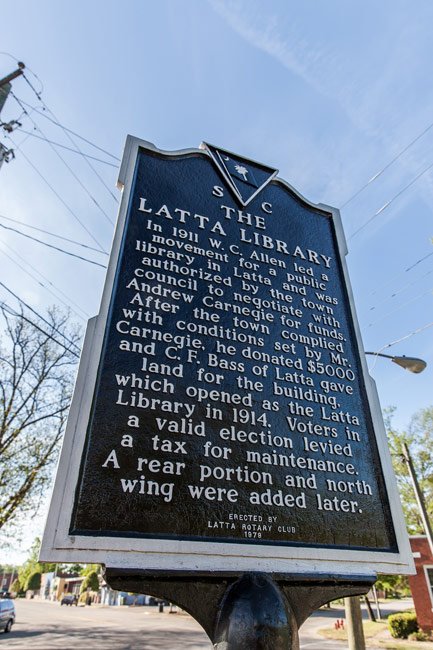 The library is architecturally notable for being a work of Columbia-based architects Wilson and Sompayrac. It is one of five of South Carolina’s original 14 Carnegie libraries still in use as a library. 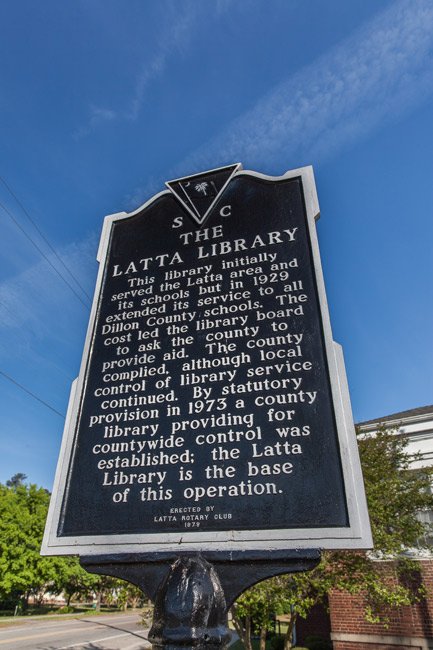 The Latta Library is listed in the National Register as part of the Latta Historic District #1:

Latta Historic District #1 consists of approximately fifty-five properties which define and contribute to the character of the historic district. All of the properties were constructed between ca. 1890 and ca. 1930. The district is primarily residential, mostly one- to two-story frame residences with late Victorian era details. The district contains several fine local interpretations of late Victorian era construction styles. In addition, the district has examples of local usage of neo-classical details and more sophisticated examples of the Neo-Classical style.

Early twentieth century bungalows illustrate the development of the area during the early century. The district also contains the Latta Public Library, the Latta Methodist Church, the Latta Baptist Church, and a few commercial buildings, most notably the Fairey Agency and Dr. L.H. Edwards dentist office. The library, the first in the county, is a town landmark and is architecturally important to the town as the work of Wilson and Sompayrac, Architects, of Columbia.