Situated along South Marion Street, this two-story residence is one of Latta‘s oldest homes. It was built in 1890, just two years after the town was established, by businessman Sidney Alexis “Lex” McMillan. McMillan ran a general store that specialized in furniture, medicine, and hats. Although this combination may seem unusual today, stores during this time often pulled double or triple duty, and a 1905 review of Latta noted that at S.A. McMillan’s, as the mercantile was known, “experienced milliners from the North are always ready to serve you with the latest styles.” 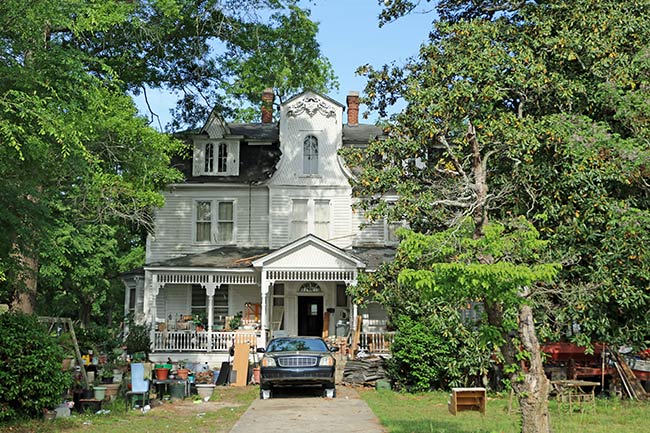 McMillian’s store was originally owned and operated by W.W. George. George, who was described by a contemporary, with admiration, as “a regular hustler,” built an abundance of the early stores and homes in Latta, all within a span of 13 months. His first store, which he used only a short while, was then occupied by McMillan and is said to have been “large and commodious.” 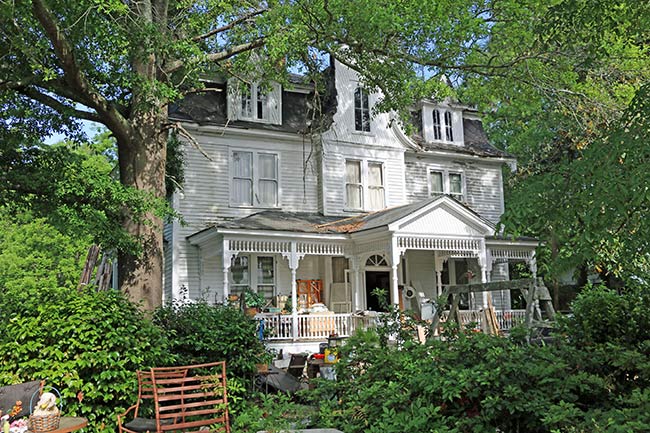 McMillan and his wife, Sue Rogers McMillan, also farmed cotton and tobacco, and they had three children – Nora Aileen, Norman, and Sidney. The eldest son, nicknamed Norm or “Bub,” played major league baseball for the Yankees, Red Sox, Browns, Saints, and Cubs. He holds the record for the shortest home run in history, in which the ball travelled just 100 feet. 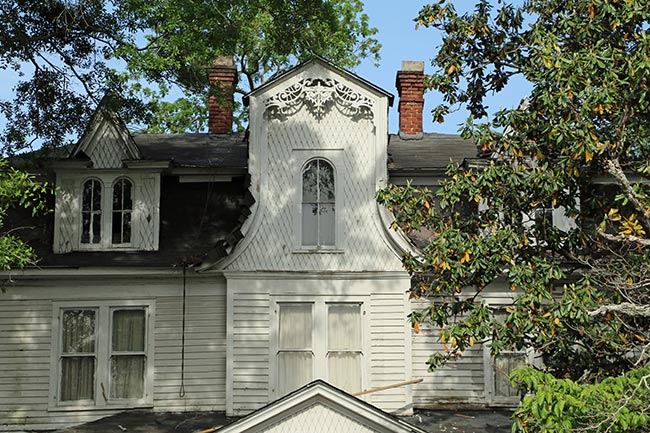 The McMillan House is the only Second Empire structure in Latta. The Second Empire is an architectural style that became popular in Europe and the United States during the late nineteenth century after Paris, France underwent a transformation under the reign of Napoleon III. The mansard-style roof (shown above) was meant to instill a sense of permanence and grandeur; it was mainly used on large structures for wealthy owners. 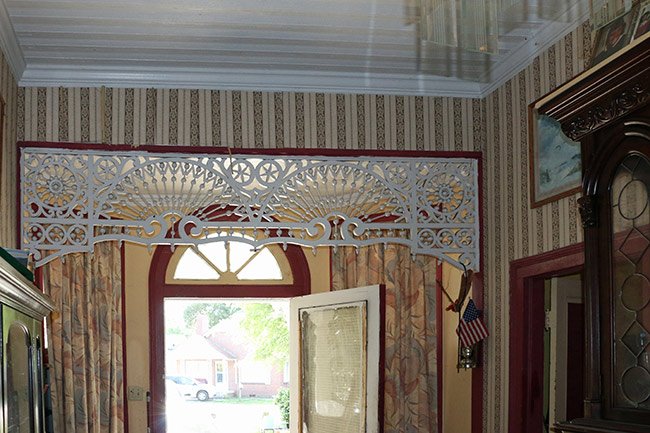 In 1984, the house was owned by Norma Adele McMillan Hewitt of nearby Marion. Mrs. Hewitt was Norman’s daughter. It is currently owned by Earl Lytch and remains a private residence.

The McMillan House is listed in the National Register:

The McMillan House is the only example of the Second Empire style in the town of Latta as well as one of the best examples of its style in Dillon County. The McMillan House was the home of S.A. “Lex” McMillan, one of Latta’s prominent early businessmen. Built ca. 1890, the McMillan House is a two-and-one-half-story, frame, weatherboarded residence with a mansard roof on the front portion (the remainder of the roofline is gable), and two interior chimneys with corbeled caps.

The façade of the house features a one-story, hip-roofed porch with turned posts, spindle frieze, brackets with pendants, turned balustrade, and a gabled entrance portico with sawtooth shingles. Another prominent feature of the façade is a central projecting bay, which is treated differently on each story. On the first story the projecting bay is polygonal and contains the main entrance, which has a fanlight and is flanked by one-over-one windows.

The second story of the projecting bay contains paired one-over-one windows. The central bay is flanked by identical windows. The third story of the projecting bay is composed of a dormer with decorative gambrel roof masking the actual gabled roof; this dormer has sawtooth shingles, bargeboard, and a round-arched, four-light window. To either side of the central dormer is a gabled dormer with boxed cornice and returns, sawtooth shingles, and a pair of round-arched, four-light windows.