Azalea Park is a beautiful 16-acre park at South 5th Street in downtown Summerville. During peak bloom, Azalea Park bursts with color from hundreds of azaleas planted by the Flowertown Garden Club. The park has sculptures, turtle and butterfly ponds, ornamental bridges, a tennis court, a gazebo, and picnic tables. 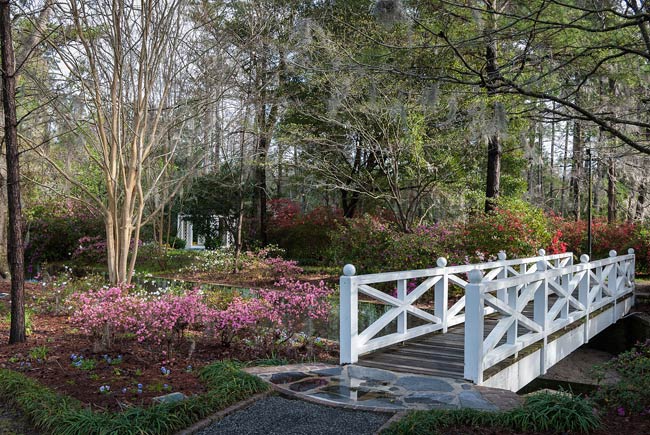 John Diskes of Summerville, 2009 © Do Not Use Without Written Consent

In the 1930s, a group of Summerville women who then called themselves the Civic League raised money to purchase the land now used for Azalea Park. This group was the precursor to the Flowertown Garden Club, and the park was eventually deeded to the Town of Summerville. 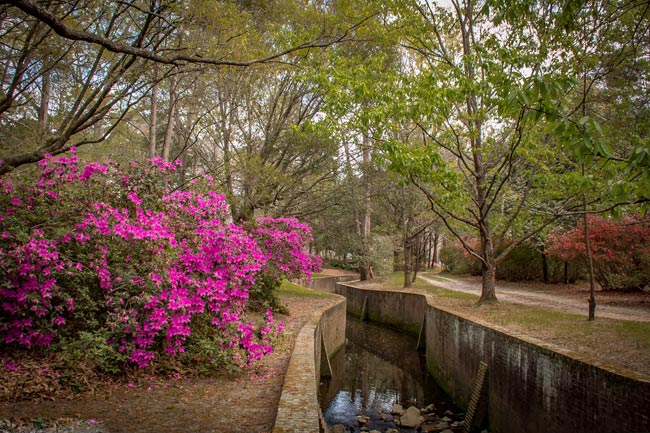 Many plants were given to the park by Summerville resident George Segelken. Segelken even planted most of the azaleas himself and was an expert on the plant. Azalea Park is home to the annual Flowertown Festival (also called the Azalea Festival), a three-day arts and crafts show held the first weekend of April. Sponsored by the Summerville Family YMCA, the Flowertown Festival began in 1972 and is one of the largest art shows in the southeast. 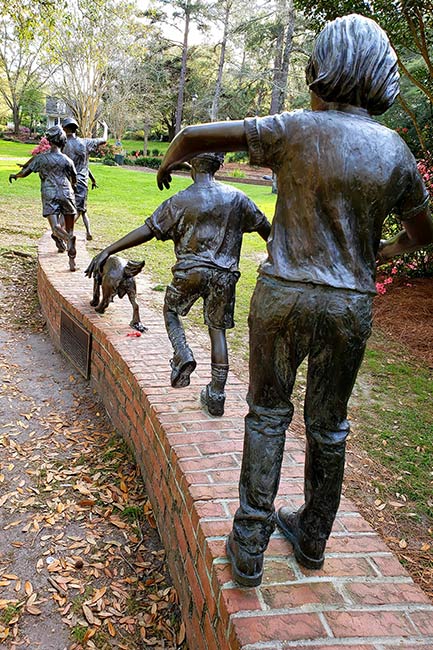 The photo below shows off one of Azalea Parks’s most beloved sculptures, Heron and the Sun by Darryl Davis. Contributor Nancyjean Nettles writes, “Heron and the Sun was purchased and given to the Town of Summerville by the Sculpture in the South organization. This organization raised the funds for the purchase from sales at its annual sculpture show. These funds were added to gifts from numerous individuals and businesses in the town who wanted to add this unique piece to the other eleven bronze sculptures in Azalea Park at that time.” 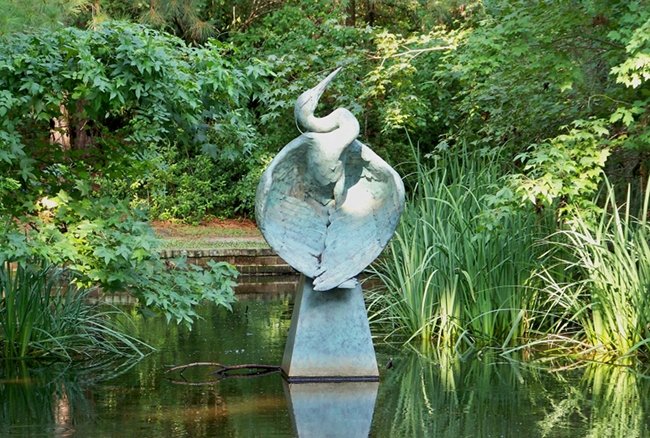 Nancyjean Nettles of Charleston, 2008 © Do Not Use Without Written Consent

Contributor Linda Shaw says, “Whether you’re feeding the turtles, enjoying the shade of the tall loblollies, or sharing the joy of a picnic with friends, you will be sure to enjoy yourself at Azalea Park!” 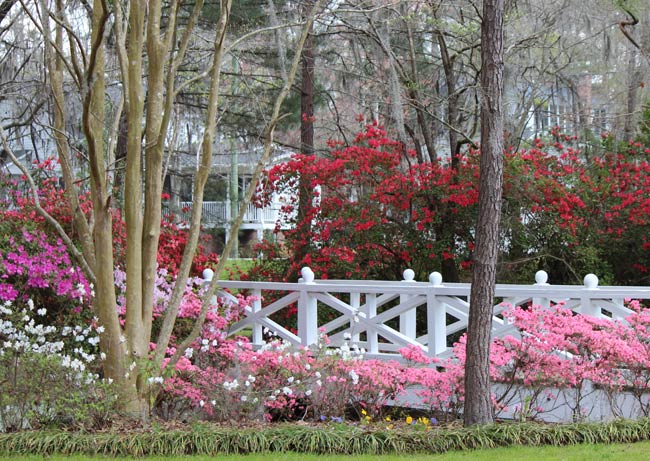 Linda C. Shaw of Summerville, 2012 © Do Not Use Without Written Consent