Established in 1885, St. Stephen’s Reformed Episcopal Church in Summerville once housed one of South Carolina’s most unique congregations. It was founded with the help of Bishop Peter Fayssoux Stevens, Sr., a white Confederate veteran who once ordered the first shot of the Civil War. In fact, it was the first of 27 freedmen’s churches that he worked to establish during his life. 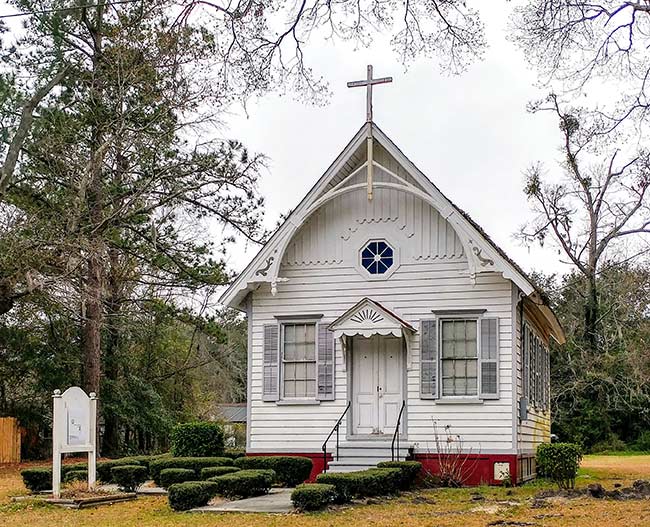 Before being ordained, Stevens led the department of civil engineering and astronomy at his alma mater, The Citadel. He also served as the school’s superintendent. In this capacity, at age 30, he oversaw the construction of the battery at Morris Island and commanded its guns, which were manned by the Corps of Cadets. On January 9, 1861, he received orders to instruct the young soldiers to fire upon a Union ship, the Star of the West, as it entered the Charleston Harbor while attempting to reinforce Fort Sumter with food, medicine, ammunition, etc. Many regard this moment as the start of the Civil War because it was the South’s first hostile attack on federal property. (Others give April 12 as the start date, for that is when the South Carolina Militia attacked Union soldiers at Fort Sumter.)

Later that same year (1861), while still serving in the Confederacy, Stevens was ordained as a minister in the Protestant Episcopal Church (now known simply as the Episcopal Church). He eventually rose to the rank of colonel. Wounded at Sharpsburg, he was offered a commission as brigadier general but chose instead to resign and devote himself to religious service. He then served as pastor of two Berkeley County churches, one in Mount Pleasant (now part of Charleston County) and one at Black Oak in Pinopolis. 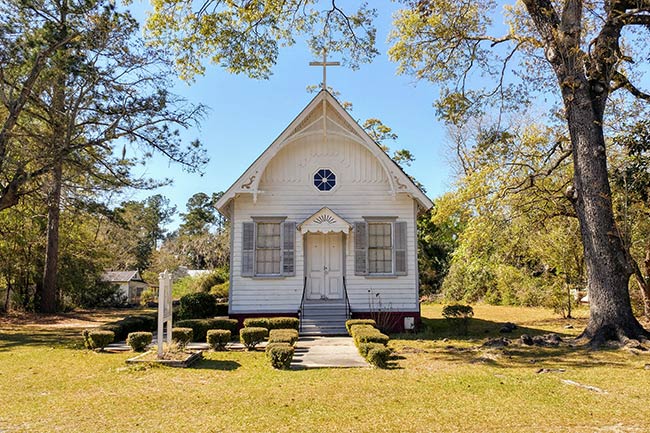 During his travels to and from Charleston, where he lived on Judith Street, the Reverend Stevens noticed that black families in rural areas no longer had places to worship. Prior to the war, services had primarily been held on individual plantations. With the demise of the plantation system, these congregations were stranded. 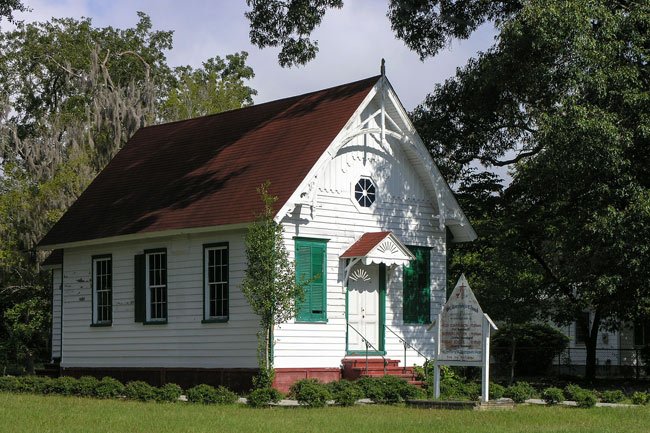 The absence of a physical sanctuary was only half the problem, however. Freedmen also lacked recognized church leaders. Most Southern religious denominations would not ordain black ministers. In December 1874, several black congregations met in Pinopolis, where they decided to leave the Protestant Episcopal Church’s Diocese of South Carolina for this reason. It had refused to ordain four local African-American men.

Although the Reverend Stevens was living in the Upstate by this time, these members selected him to be their leader should they be accepted into the newly-formed Reformed Episcopal Church. Begun just a year earlier by a bishop from Kentucky, the inclusive new denomination sent a letter of consent the following June. The Missionary Jurisdiction of the South – now called the Diocese of the Southeast – was born. The Reverend Stevens resigned from the Protestant Episcopal Church in 1876, and in 1879 became a bishop of the new black diocese.

One of his first efforts as Bishop was to work with the Reverend Frank Crawford Ferguson, a former slave, to create a seminary to serve black Episcopalians. Named in honor of the Reformed Episcopal Church’s founder, the Bishop Cummins Training School was had trouble finding a permanent home but was chartered by the state as an official seminary in 1939, when it then became known as Cummins Memorial Theological Seminary.

Having witnessed the challenges faced by freedmen, Bishop Stevens spent much of his tenure building churches within walking distance of black families. As the diocese was located in Summerville, his first church – St. Stephens Reformed Episcopal – was built nearby. He purchased a lot on Palmetto Street from the Southern Railway Company and then hired local carpenters to construct the sanctuary, which was completed in 1885. In all, Bishop Stevens went on to build 27 African-American churches, many of which are still in use today.

Stevens Re-opens The Citadel, Teaches at Claflin and SC State

It is worth noting that Stevens, long an advocate of education, also reentered the realm of academia after his service in the war. In 1877, he worked alongside Governor Johnson Hagood to reopen The Citadel. He later served as a professor of mathematics at both Claflin University (then Claflin College) and South Carolina State University, two historically black colleges located in Orangeburg.

After his death in 1910, Bishop Stevens was buried in Charleston’s Magnolia Cemetery, where members of the African-American clergy he supported served as pallbearers and led his funeral service.

We realize we do not include much information on the church itself on this page. It has been difficult for us to find. We do know that St. Stephen’s Reformed Episcopal Church was renovated in 2002 and retained an active congregation which served its community through a variety of efforts, including working with the Dorchester County Solicitor’s Office in the Youth Mentor Program.

In 2010, however, St. Stephen’s merged with nearby St. Paul’s Reformed Episcopal Church. Initially, Sunday services were held at St. Stephen’s, but in 2011, services moved to St. Paul’s – about two miles away. We would be grateful for any additional information you can provide.