Despite the fact the neighboring Abbeville County was the cradle of the Presbyterian movement in the mid-eighteenth century, Edgefield County did not have a Presbyterian church until 1877. An earlier attempt to organize one was interrupted by the Civil War. Said to be the lone Presbyterian in the county, resident Mattie Wardlaw had simply crossed the Savannah River into Augusta, Georgia to worship until finally three other Presbyterians joined her in Edgefield County, and the group petitioned the South Carolina Presbytery for their own church. In 1877 the charter was granted, and Edgefield Presbyterian Church was formed. 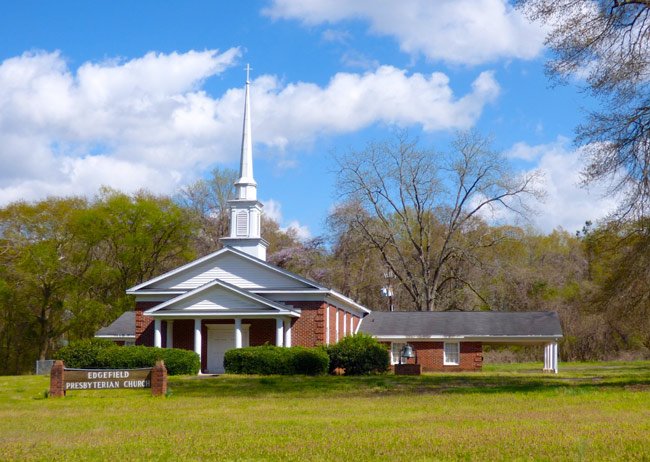 Because the church was to serve county Presbyterians, preaching stations were set up in Trenton, Johnston, and Edgefield Courthouse (now Edgefield) and served by supply pastors. In 1882 the Reverend S.L. Morris became the church’s first full-time pastor, and an additional preaching station was established near the home of Ben Tillman at Tillman’s behest. By 1885 four simple buildings were erected near each of the preaching stations, and eventually the churches divided into separate congregations.