This Methodist congregation in Edgefield was established between 1827 and 1830. Local Methodists originally gathered in Pottersville, a village just north of Edgeville that is no longer extant. In 1827 land in Pottersville was deeded to the Methodist church by Abner Landrum, though the church relocated to Edgefield on present-day Buncombe Street in 1831. 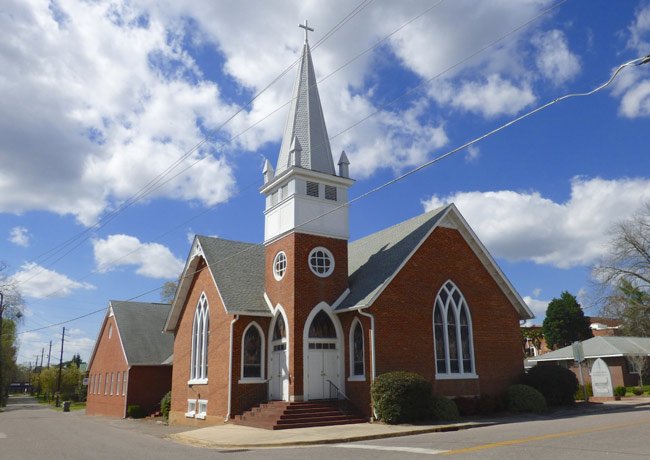 In 1841 the Reverend Joseph Moore, a late-eighteenth century Methodist circuit preacher, donated the current property to the church, which included a meeting house. 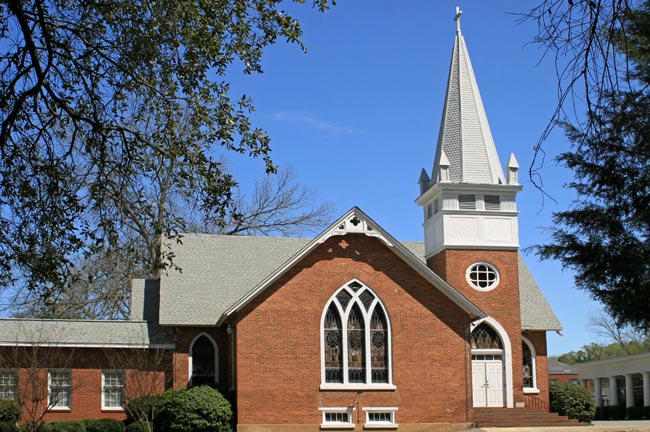 The congregation moved once again to the this site. Moore was known for preaching circuits from Virginia to Georgia, and when he died in 1851, he bequeathed all of his property to the Methodist circuit. 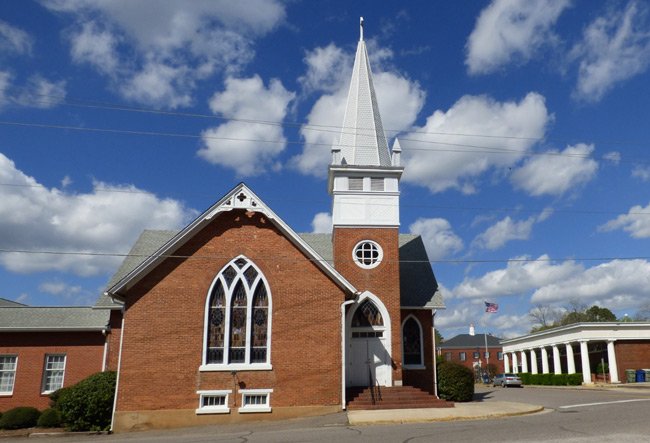 In 1891 the current edifice was built and dedicated the following year. The church suffered severe fire damage in 1981, though it was restored in 1982. Today Edgefield Methodist Church continues to be a vibrant part of the Edgefield community. 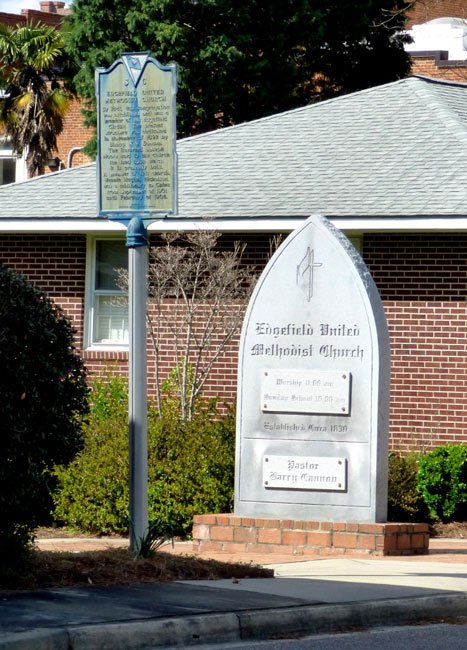