The town of Johnston was organized in 1870 as a railroad village, and Johnston United Methodist Church was founded shorty thereafter. Eleven charter members formed the church, initially meeting in private homes. As more people joined the congregation, the church began meeting in a local school house. In January of 1878 a half-acre lot was purchased for $175, and a meeting house was built on the property later that year. A preacher from neighboring Edgefield traveled once a month to the meeting house to hold worship, as the church originally belonged to the Edgefield Circuit. By 1879 the Johnston Circuit had formed, and the church joined that affiliation. 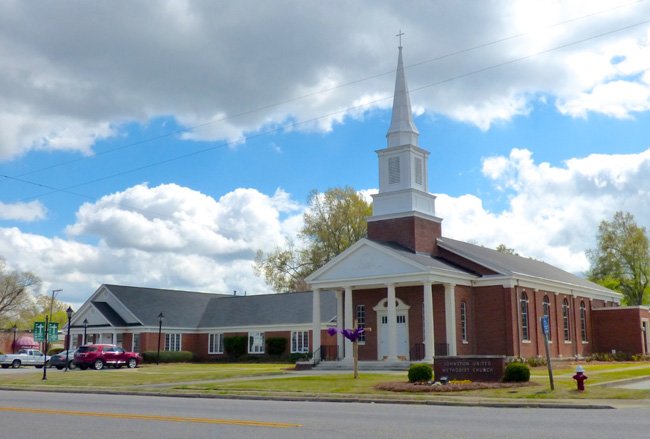 As the church continued to attract new members, the congregation outgrew its first building. Around 1913 the church sold the meeting house to an African-American congregation, Bethel CME Church on Aiken Avenue, where it was moved and is still in use. The building has been modified. The present brick church was built on the original site of the meeting house in 1913. The fellowship hall was added to the church campus in 1957. Johnston United Methodist is the sister church of Harmony United Methodist Church; both churches share the same pastor.