The cornerstone of this beautiful church in Edgefield was laid on February 10, 1858. Irish stonecutters built the elegant stone edifice, which has been standing at this site since before the Civil War. The congregation began in 1851 when a Catholic priest from neighboring Augusta would cross the Savannah River to offer mass to area residents. The burgeoning church remained a mission of St. Andrew Church in Barnwell until 1865. Since 1939, St. Mary has been the sister church of St. William Church in Ward in Saluda County, with both churches being served by a single priest. 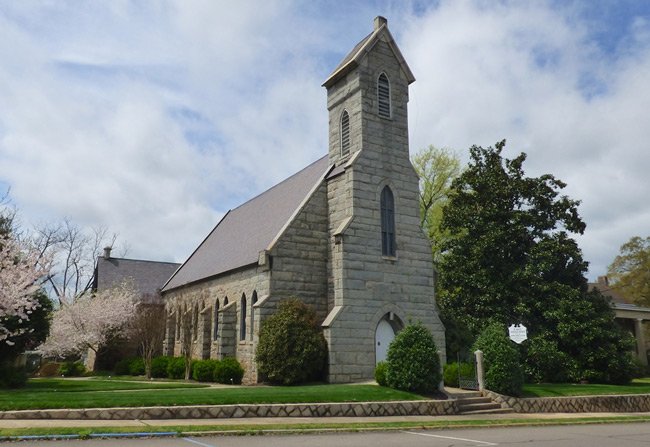 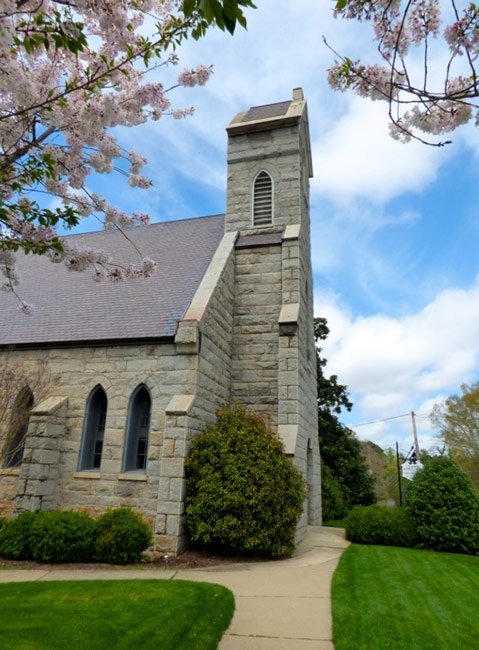 St. Mary of the Immaculate Conception is listed in the National Register as part of the Edgefield Historic District:

As early as 1787, the village green near Court House Square was deeded to the town of Edgefield. Several significant buildings surrounding the landscaped square remain unaltered, and the initial layout of the town has not changed. More than forty nineteenth-century buildings are within the historic area, three of which are house museums. There are a number of nineteenth- century Greek Revival homes with large central halls and the basic four-rooms-over-four floor plan.

Many of Edgefield’s houses are noted for beautiful Federal style fanlights and unusual doorways, and many have heart pine floors, board or plaster walls, central medallions, window boxing, wainscoting and six-panel doors. A few retain original trompe l’oeil to simulate woodgrains finer than that available in the area. Other district properties include Victorian influenced homes and downtown commercial buildings. Five churches represent the Georgian, Victorian Gothic, and modified Gothic architectural styles. Much of Edgefield’s significance results from its large number of important government figures: ten former South Carolina governors; five lieutenant governors; and several U.S. Congressmen and Senators. Edgefield is also known for its military history. During the American Revolution the town was vital due to its location on the route between British strongholds Augusta and Ninety-Six. Local figures also participated in the Mexican War, Civil War and Spanish American War, and during Reconstruction local leaders staged organizational meetings here.

Plan Your Trip: St. Mary of the Immaculate Conception