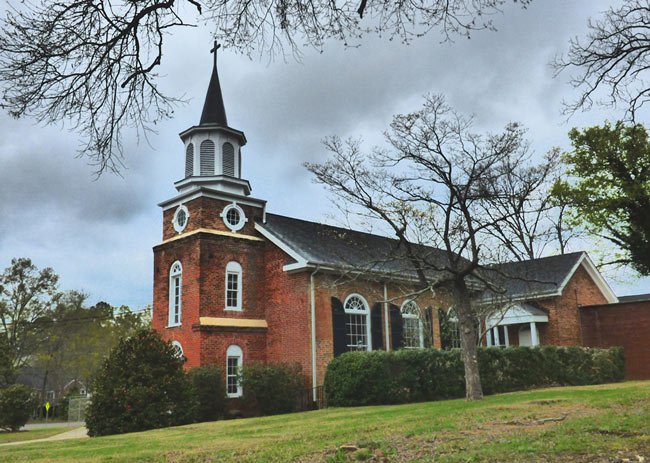 Utilizing one priest and one budget, the combined congregation meets in a different church each Sunday on a rotating basis. The present churches within the greater church are Trinity, The Episcopal Church of Our Savior in Trenton, and Grace Episcopal Church in Ridge Spring. 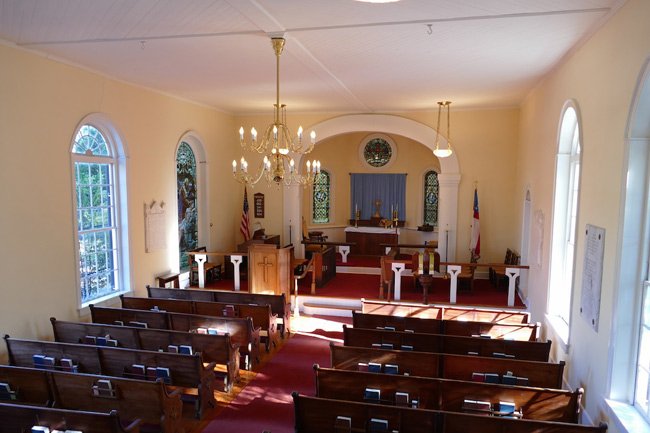 Trinity is the oldest of the three congregations that make up Church of the Ridge. The church was organized in 1835, and the brick building was built the following year. The church building has seen changes since then, such as the addition of the bottom part of the bell tower in 1892 and the addition of the upper part of the bell tower in 1951. In 1860 the church closed due to low membership numbers; it reopened in 1862.

Trinity Episcopal Church is listed in the National Register as part of the Edgefield Historic District:

As early as 1787, the village green near Court House Square was deeded to the town of Edgefield. Several significant buildings surrounding the landscaped square remain unaltered, and the initial layout of the town has not changed. More than forty nineteenth-century buildings are within the historic area, three of which are house museums. There are a number of nineteenth- century Greek Revival homes with large central halls and the basic four-rooms-over-four floor plan. Many of Edgefield’s houses are noted for beautiful Federal style fanlights and unusual doorways, and many have heart pine floors, board or plaster walls, central medallions, window boxing, wainscoting and six-panel doors. A few retain original trompe l’oeil to simulate woodgrains finer than that available in the area.

Other district properties include Victorian influenced homes and downtown commercial buildings. Five churches represent the Georgian, Victorian Gothic, and modified Gothic architectural styles. Much of Edgefield’s significance results from its large number of important government figures: ten former South Carolina governors; five lieutenant governors; and several U.S. Congressmen and Senators. Edgefield is also known for its military history. During the American Revolution the town was vital due to its location on the route between British strongholds Augusta and Ninety-Six. Local figures also participated in the Mexican War, Civil War and Spanish American War, and during Reconstruction local leaders staged organizational meetings here.