This historic church in downtown Greenwood was built in 1918 and is the second edifice to house the congregation on this site. The first was completed in 1896 after ongoing efforts to build it began in 1891. The local newspaper described the 1896 church as “built on the Elizabethan style; it is richly and handsomely furnished, and it has a seating capacity of more than 800.” At the time the congregation was known as Greenwood Methodist Church; the church’s name was changed to Main Street Methodist in 1906 by way of congregational vote. Though the present sanctuary is around a century old, Greenwood’s Methodist roots date back to the time of the Revolutionary War. 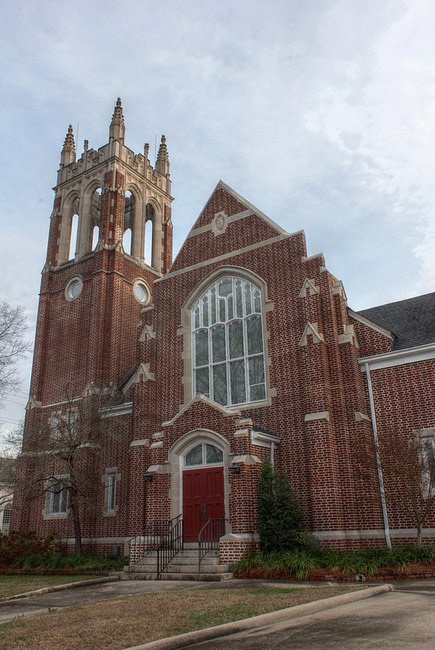 Robert Kelley of Greenwood, 2013 © Do Not Use Without Written Consent

The area surrounding present-day Greenwood was settled primarily by Presbyterians, who arrived in 1770 from New York and Pennsylvania. They quickly formed a church, called Rocky Creek Church, that evolved into First Presbyterian Church of Greenwood by the mid-nineteenth century. Methodism was just starting to reach the area by way of circuit-riding preachers traveling the Great Wagon Road from Philadelphia through the South Carolina Piedmont, the same route that attracted the Presbyterian settlers. 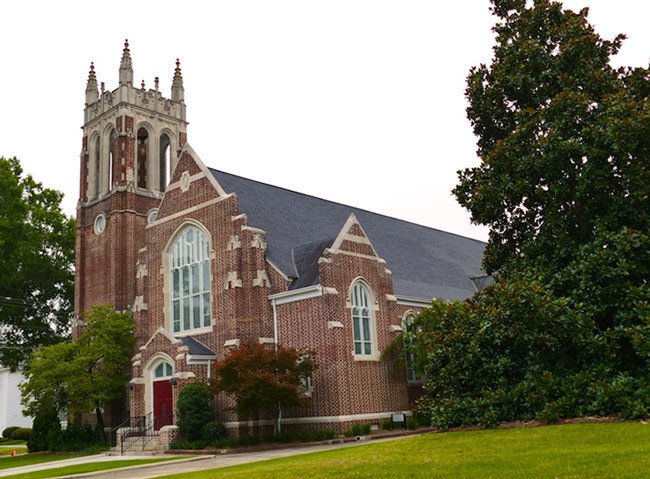 By 1788 area Methodists had formed their own community on land donated by George and Anna Connor (sometimes spelled Conner) with the help of Methodist preacher Thomas Humphries. The community became known as Tabernacle and included a meeting house, school, and cemetery, the latter of which remains. In 1824 the community relocated to a site on a bluff about three miles away and eventually became known as Cokesbury. 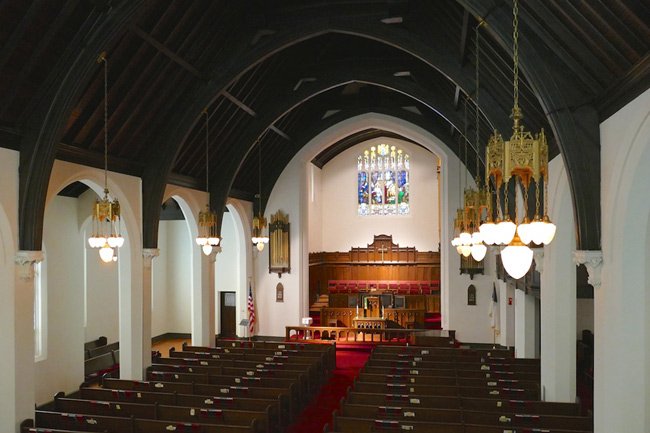 Over the subsequent decades, people began settling in what would become the City of Greenwood. The ground was high enough there to escape mosquitoes, and in 1837 a post office, then called Woodville, was established. By 1850 the name of the post office had been changed to Greenwood, and the Charleston to Columbia Railroad laid tracks in the growing hamlet in 1852. Also during this period, different religious denominations were sharing a central building for worship known as The Chapel.

In 1858, a year after Greenwood received its charter, Methodist preacher William Lawton (sometimes documented as William Lawson) arrived as the minister in charge of the Methodist circuit serving the town. He, along with seven dedicated Methodist women, officially formed Greenwood Methodist Church in 1858. By 1860 the congregation had grown sufficiently to warrant its own house of worship. In response to this need, the church purchased a building that had been used for the Fuller Institute for Girls, a former private Baptist school. The congregation remained in this brick building for nearly 40 years, renovating it at least twice. The church also dismantled the former meeting house at Tabernacle and rebuilt it as Greenwood Methodist’s first parsonage in 1873. Prior to that, the congregation had rented homes to house its minister.

Greenwood expanded with the establishment of the Greenwood Cotton Mill in 1889. The building serving Greenwood Methodist became too small for the congregation, which continued to grow with the town. Members Mr. and Mrs. C.G. Waller donated a lot in the heart of the town for a new church, and the congregation broke ground in 1891. However, construction was halted over the following few years due to financial constraints. When the Reverend Marion Dargan of Darlington arrived to lead the church in 1895, he was able to motivate members to provide the funds to complete the building project. Inspired by the new minster, the congregation finished building the edifice in 1896 with no debt.

Within 20 years, the congregation realized its new church building was again too small. The sanctuary which took so long to build was razed in 1916, with the congregation meeting in nearby Magnolia School for 18 months as construction once again lagged – this time due to World War I. Finally, in November of 1918, the church was complete and held its first worship service.