This marker denotes the site in Ninety Six where the Ninety Six Colored School was established in the late 1920s or early 1930s. During segregation, separate schools were built – often by local black churches or private charitable groups such as the Rosenwald Foundation – to educate African-American students. A small frame building could house anywhere between one and ten teachers depending on the number of children and the funding of the school. 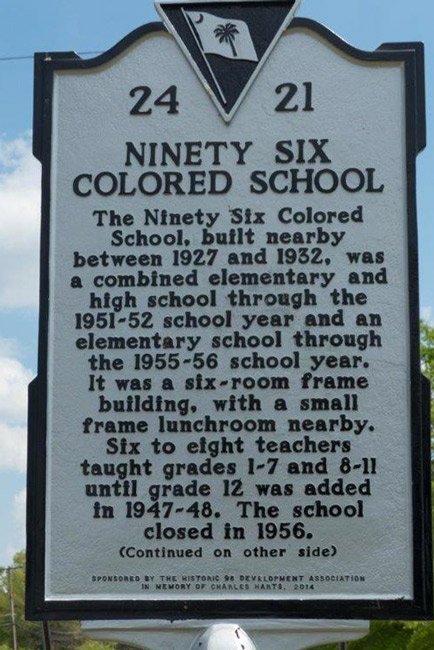 The Ninety Six Colored School was larger than most, containing six rooms and supporting up to eight teachers. A separate lunchroom sat adjacent to the school building. The school initially served students from the first grade through the 11th grade. A 12th grade was added during the 1947-1948 school year. By 1951, upper-level students were attending nearby Brewer High School in Greenwood as the school district had consolidated. Brewer High School is now used as a community center and office building. 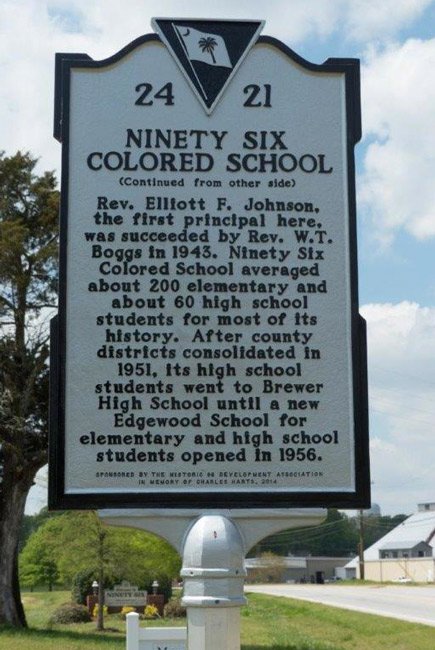 Ninety Six Colored School closed in 1956 and students moved to the Edgewood School. Edgewood School was built in 1953 as an equalization school, or a school built with purportedly the same facilities as white schools in order to to forestall integration. Though all American schools were ordered to desegregate in 1954, many South Carolina schools did not integrate until the 1960s or even 1970.