The J. Wesley Brooks House, more commonly called the Scotch Cross House, is a familiar landmark located at the intersection of Mathews Road and Barksdale Ferry Road in Greenwood County. Brooks built the two-story frame residence in 1815, and it is considered an outstanding example of Federal architecture. The house is known as Scotch Cross for a nearby settlement of the same name. 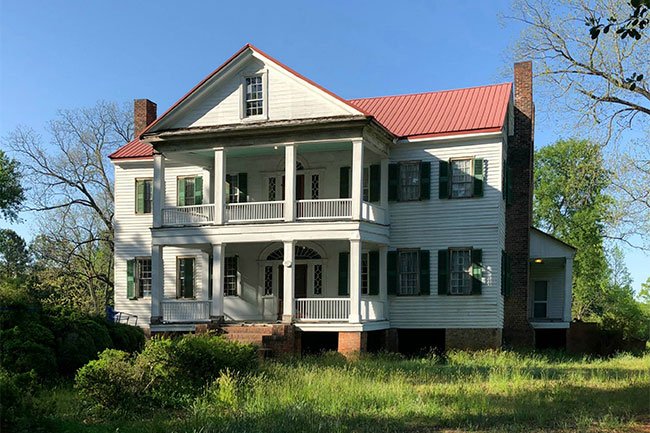 At the time this home was built, the state was undergoing a cultural and economic shift. South Carolina had long been dominated by wealthy Lowcountry planters, and small Upstate farmers lacked representation. The Compromise of 1808 helped protect interests outside the Lowcountry by opening positions of power in the General Assembly. Agrarians from both regions of South Carolina found they had much in common when cotton made slave labor more prominent in the Upstate. The J. Wesley Brooks House, with its pedimented double portico and gable roof, is a typical upcountry farmhouse of this era, featuring a more sophisticated style in architecture that mimics the extravagance of a coastal planation home. 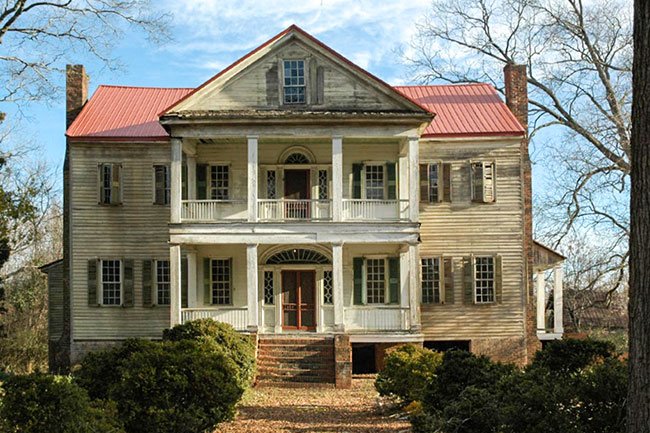 Mike Kitchens of Bishop, GA, 2011 © Do Not Use Without Written Consent

The massive timbers that form the home foundation were hand-hewn from trees on the property and pieced together with wooden pegs. Although the home did go through a period of disrepair, it retains its original hardwood floors as well as details like the ornate semi-elliptical fanlight over its double-door entry. The house was restored sometime around 2013 and serves as a private residence today. 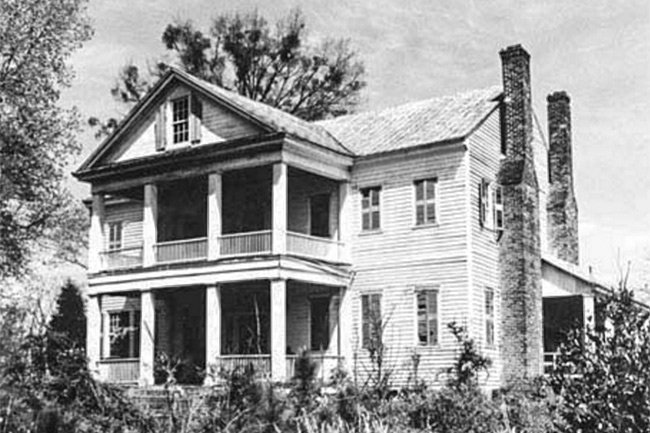 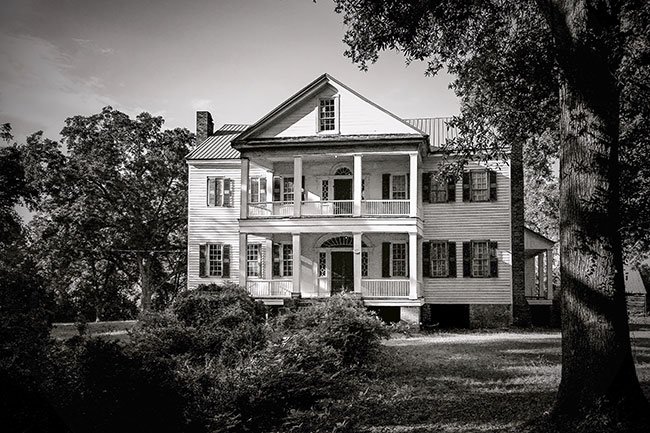 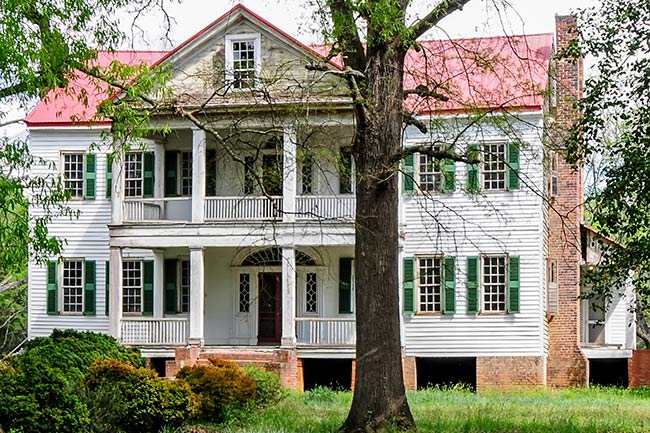 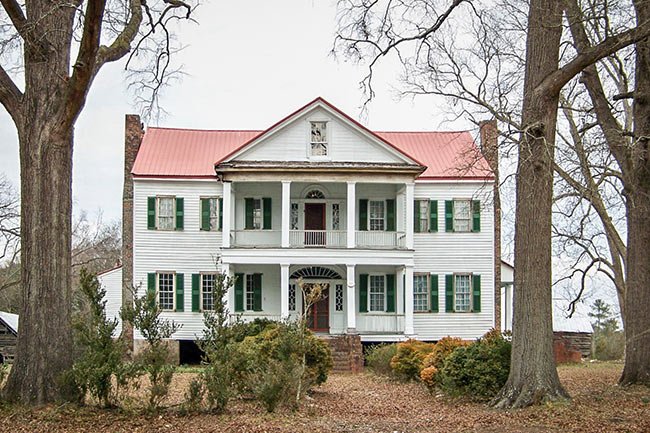 Michael Miller of Chesnee, 2014 © Do Not Use Without Written Consent 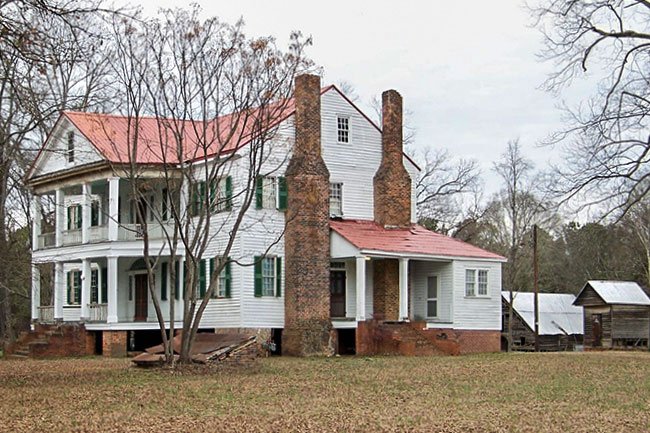 Bill Fitzpatrick of Chesnee, 2014 © Do Not Use Without Written Consent

The Scotch Cross House is listed on the National Register:

(Scotch Cross House) The J. Wesley Brooks House, built in 1815, is a two-story, white clapboard house that rests upon high brick supports and is an outstanding example of Federal architecture with Palladian features. The house also has a portico in the Greek Revival style. J. Wesley Brooks built the home for his wife Anne Lipscomb. The house’s heavy timbers were hand-sawed from trees that grew on the site and were put together with hand-hewn wooden pegs. Original hardwood floors remain intact throughout the house. The façade features a double-tiered portico with pediment surmounting the second level portico with a Palladian motif. The large double doorway has a delicate semi-elliptical radiating fanlight above and sidelights embellished with a geometric design formed by a series of semicircular muntins. The four fluted pilasters, which flank the sidelights and doorway, have capitals decorated with the semi-elliptical patera design. The J. Wesley Brooks House is located at the intersection of two very old thoroughfares, Mathews Road and Barksdale Ferry Road, both of which are now modern highways. According to family tradition, a landscape designer from Charleston planned the front garden. One half acre in the front was outlined for shrubs, flowers, and trees, and the flower garden at one time held fifty varieties of roses. Listed in the National Register March 30, 1973.