When the town of Estill was formed in 1900, the only churches available to its residents were miles away in the country such as Lawtonville Baptist Church, which did not relocate to Estill until 1911. Instead of making the trek by horse and buggy for worship services, people gathered in an old schoolhouse that had previously served as St. Peter’s Methodist Church. Occasionally itinerant preachers would deliver sermons from the schoolhouse. 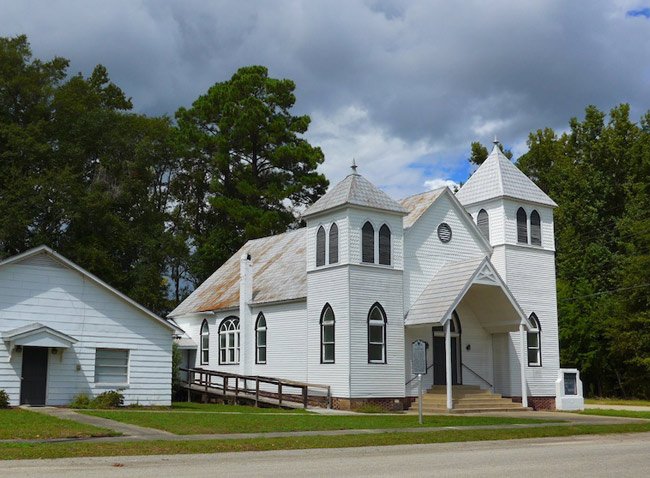 By 1902 prayer meetings were being held at the home of Janie and Julian Rhodes by members of Lebanon Methodist Church in nearby Scotia. After Janie Rhodes suggested that the group raise money to build its own church, plans were underway for the acquisition of land and funds for such a building. 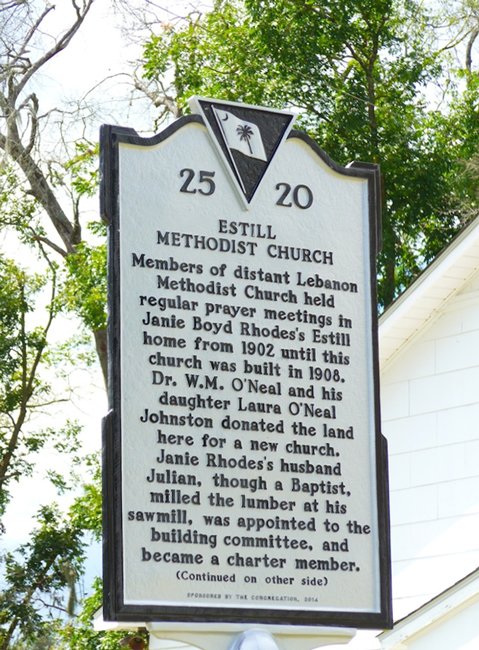 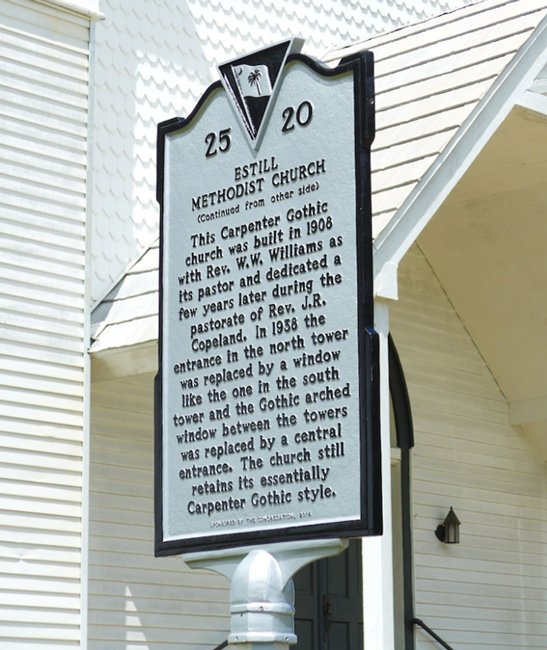