Coastal Carolina University in Conway has received a lot of attention since its baseball team won the Men’s College World Series in 2016. However, the Grand Strand college has been making its mark on higher education since it opened in 1954 as Coastal Carolina Junior College. The junior college was founded at the behest of a group of Horry County citizens who formed the Coastal Educational Foundation in order to start a local college. The group’s efforts became a reality when Coastal Carolina Junior College opened in September of 1954 as a branch of the College of Charleston. Initially the college of 53 students met during the evenings at Conway High School. 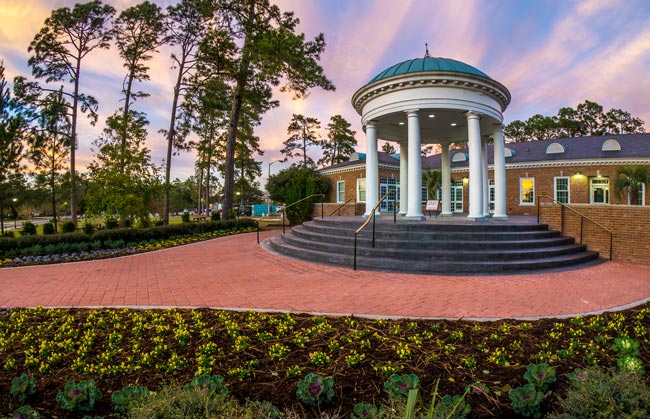 Coastal Carolina Junior College became independent in 1958 when the College of Charleston dissolved its branch in Conway; at that point Coastal Carolina was solely supported by Horry County. In 1959 the Higher Education Commission was formed to oversee the spending of the county tax money allotted to the college, and the following year the commission partnered with the University of South Carolina to make Coastal Carolina a regional branch of the university. The college moved to its own location in 1962 on land donated by the Burroughs Timber Company and International Paper, and in 1966 the iconic Atheneum Hall, seen above, was built with a donation from William A. Kimbel and L. Maud Kimbel. The building was originally used as a lecture hall, though today it houses the Alumni Association. 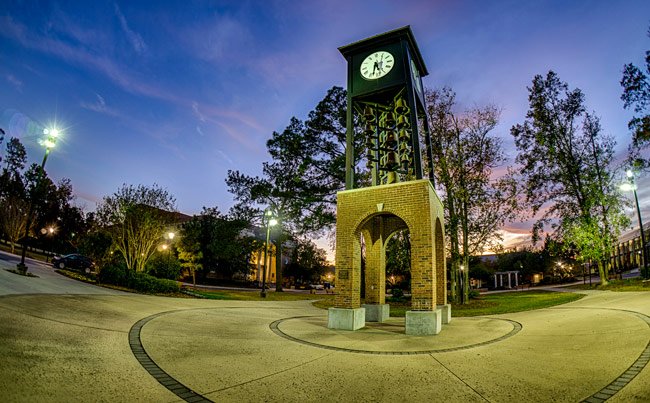 Once the college became associated with the University of South Carolina, its mascot was changed from the Trojan to the Chanticleer. A chanticleer is described as a “proud and fierce rooster,” which subtly references the Gamecocks, the mascot of the college’s parent school during that time. USC Coastal Carolina College, as the school was then called, grew during the 1960s and added a third year in 1973 and a fourth in 1974. The college graduated its first four-year class in 1975, and in 1986 the college joined the National Collegiate Athletic Association (NCAA). In 1993 the college became independent of the University of South Carolina and added a graduate program; today the public university is known as Coastal Carolina University. 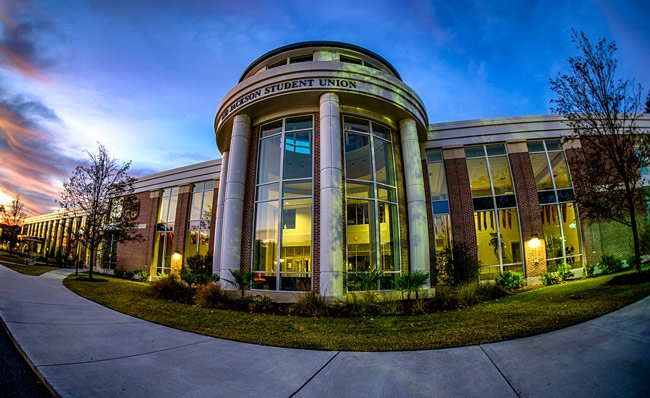 Now with a student body of over 10,000, Coastal Carolina University has continued to expand its academics and athletics and has been recognized as one of “America’s 100 Best College Buys” by Institutional Research and Evaluation, one of the top 15 regional public universities in the South by U.S News and World Report, and one of “America’s Best Colleges” by Forbes. Four colleges within the university – the E. Craig Wall, Sr. College of Business Administration, the William L. Spadoni College of Education, the Thomas W. and Robin W. Edwards College of Humanities and Fine Arts, and College of Science – offer 72 undergraduate degree programs, 21 graduate programs, and a doctoral program in Coastal and Marine Systems Science. The Lib Jackson Student Union, seen above, was dedicated in 2015.