Located in the small fishing village of Little River, the Governor’s Lighthouse was commissioned in 1984 by Governor Richard Riley. This small, aptly-named lighthouse was built to honor all South Carolina governors, past and present. It stands at the end of Coquina Harbor. 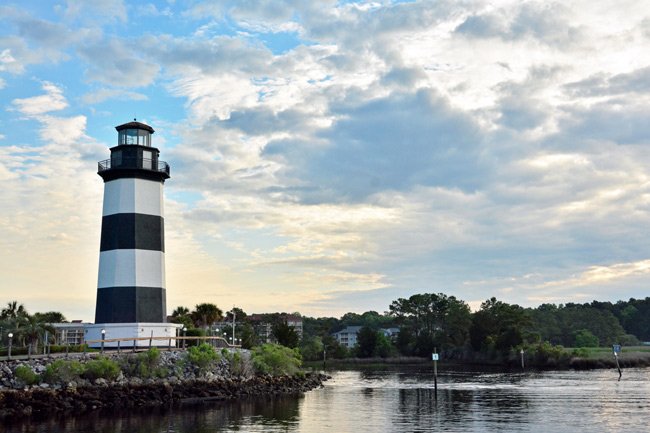 Blake Lewis of Greenwood, 2014 © Do Not Use Without Written Consent

The Governor’s Lighthouse is a facsimile lighthouse, meaning that it was not built by a government agency and cannot be used as a navigational aid. Although a prominent local landmark, the lighthouse is on private property and is for use by the residential community’s residents and their guests only. 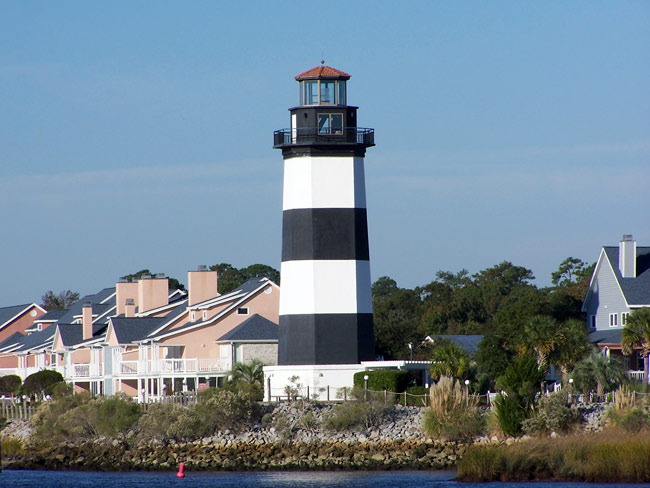 Scott Hoffman of Green Sea, 2010 © Do Not Use Without Written Consent

Blake Lewis says, “With family on the way out to the Atlantic to go deep sea fishing on Voyager III.”

Scott Hoffman shares, “We had some friends in from Missouri making their first visit to South Carolina. We were taking them out fishing, but it was a rough day on the sea and we had to turn around and come back. Our guests were thrilled at seeing this beautiful lighthouse — it was the highlight of the day.”