Hardeeville is home to this frame church, built in 1860. The church had hardly been in use as a house of worship before it became a makeshift hospital for injured soldiers during the Civil War. While much of the area was burned by Union troops in 1865, the church was spared. The church bell that hangs in the belfry was taken from the last slave ship to travel the Savannah River. A slave gallery originally wrapped around the upper part of the sanctuary; it was removed in 1884. The church was restored in 1947 and houses an active congregation today. 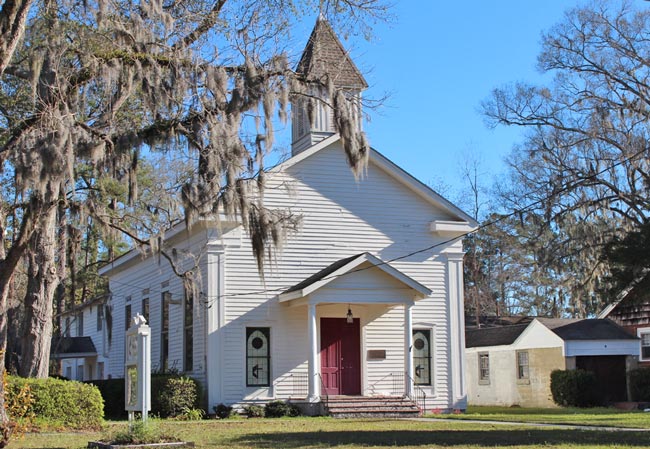 Mills Morrison of Savannah, GA, 2016 © Do Not Use Without Written Consent

We would like to make this page better. Do you have information about Hardeeville United Methodist Church that you would like to share? If so, please send it to the South Carolina Picture Project. Thank you!