The town of Bethune was settled in the early 1800s as Lynchwood. Local farmer Daniel Murdock Bethune allowed train tracks to be laid through his property around the turn of the twentieth century, and the town changed its name in 1901 to reflect its appreciation for the man who help bring local merchants rail commerce. 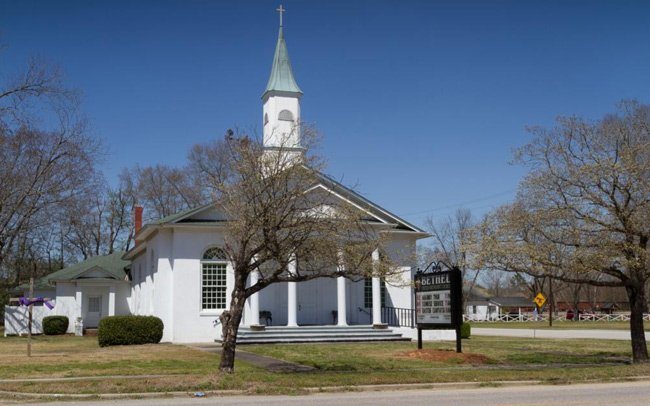 Bethel Methodist Church was founded in 1843 when the town was still known as Lynchwood. A two-story frame building housed the congregation and was also used as a community center. As the name of the town changed, so did the names of many of its original structures. The first church building was replaced with the current one in 1925.