This home in rural Laurens County was built around 1855 by Allen Dial, a farmer and native of the area who taught himself medicine and was the local country doctor. He also was a leader at Chestnut Ridge Baptist Church, which is still active today. 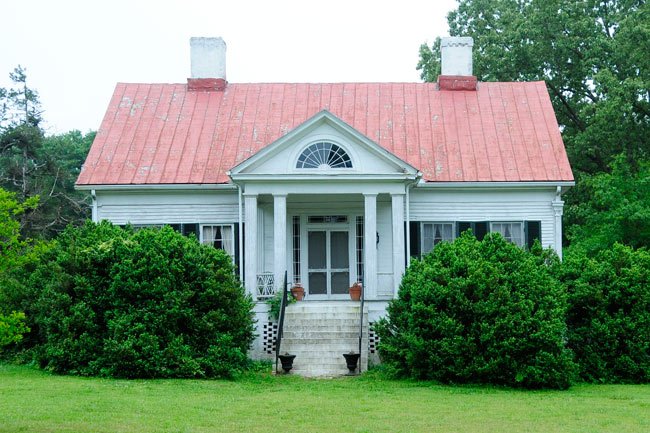 Also called the Valley, or Cedar Valley, the home is a beautiful example of a Greek Revival cottage. More ornate than most rural farm homes, it includes a lunette over the pediment, intricate glasswork in the entrance, and is a “raised cottage,” allowing for a basement within the foundation. The home was made of local materials, consisting of heartpine, oak, and poplar. The property surrounding the house remains a working farm. 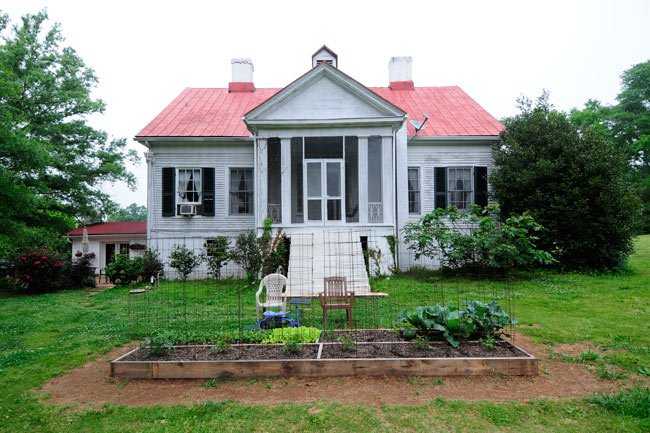 The Allen Dial House is listed in the National Register, which adds the following:

(The Valley; Cedar Valley Farm) The Allen Dial House, built ca. 1855 by Allen Dial, is the best example of mid-nineteenth century Greek Revival raised cottage architecture in Laurens County. It is a vernacular interpretation of the Greek Revival style, translating the design to suit the upcountry climate, building materials, and methods. The house is built on a high stuccoed masonry foundation, which forms the basement story. The rectangular one and one-half story house is sheathed in narrow width weatherboard with flush board under the front and rear porticos. The façade has as its central feature a pedimented portico supported by four paired and fluted pillars. The portico tympanum has a fanlight style lunette. The door surround is composed of a pilastered ornamental architrave with decorative corner blocks and features an unusual grid designed glass and molding transom and sidelights.

The home has a metal-covered gable roof and has a landscaped garden. The formally landscaped boxwood garden is further refinement of the Greek Revival style. A rectangular one-story outbuilding, originally a kitchen, stands about six feet to the west of the house. Additionally, one outbuilding, a log structure reputedly contemporary with the house, stands at the southwest side of the house. Allen Dial (1811-1894) was a successful farmer, a self-taught doctor, and a leader in Chestnut Ridge Baptist Church.