Bethel AME Church in Laurens may no longer be standing, but its architectural beauty, designed by African-American architect Columbus White, lives on in the archives of South Carolina history. The church was formed shortly after the Civil War in 1868, and the Romanesqe Revival building was constructed in 1907. 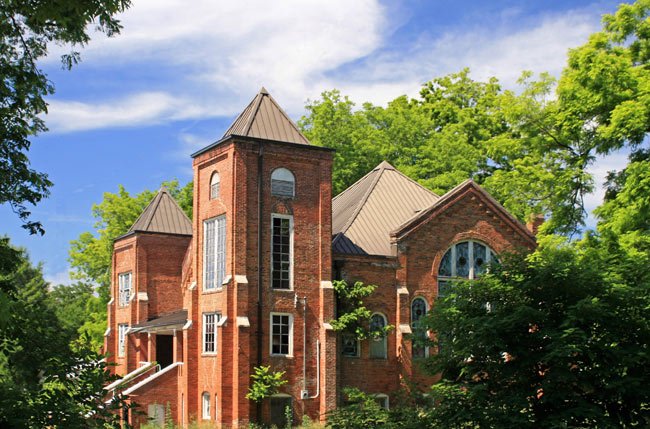 White was born into slavery in Laurens County in 1855. It was uncommon for slaves to have last names, and those who had surnames were usually named by their owners; such was the case with White. He grew up as a house slave, working mainly as a carpenter. Once he was emancipated, he became an architect and designed two buildings that are listed in the National Register for Laurens County: Bethel AME Church and the Brown-Franklin Building. 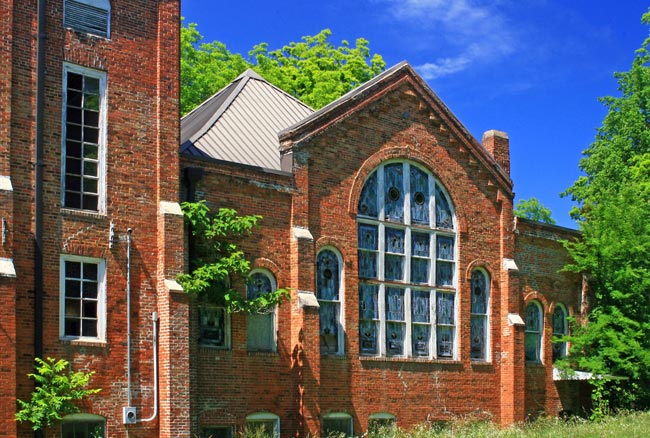 White and his family also attended Bethel AME Church, White serving as the congregation’s treasurer. The church was at one time so renowned in the AME denomination that it produced two bishops. 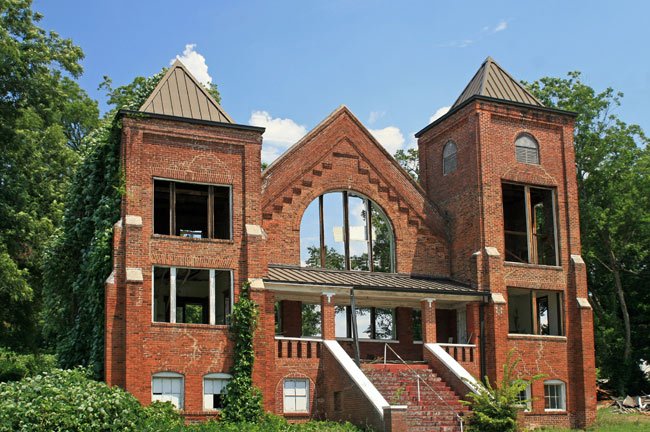 The architectural details of Bethel AME included imported stained glass and brick towers flanking the facade. It was one of Laurens County’s earliest black churches. 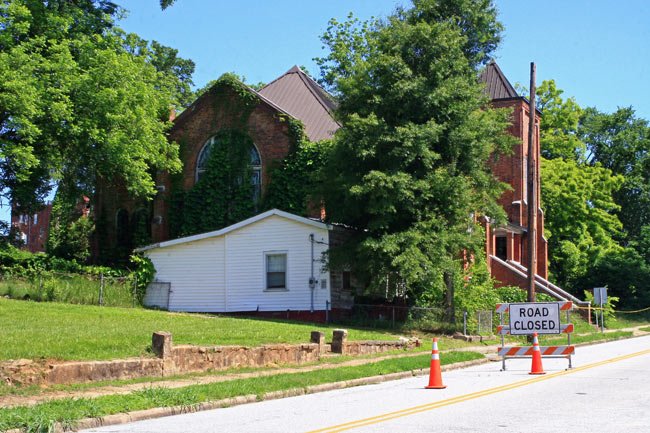 Documentation indicates that the church was active until 1998. At that time, the building was abandoned by its congregation for reasons unknown, though finances of upkeep is widely speculated as a reason. 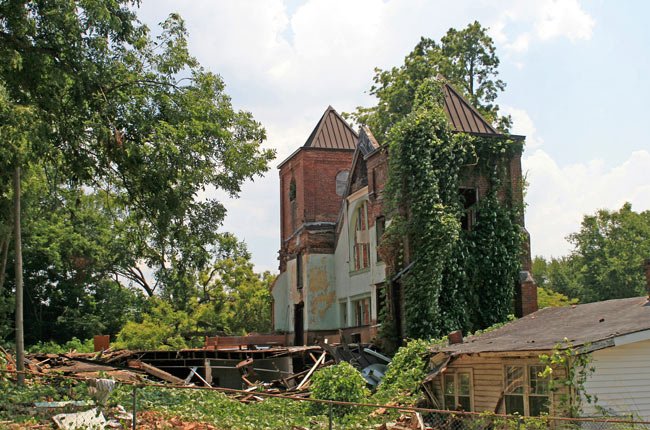 The building withstood the elements for another decade. Until 2008 it sat majestically along the roadside, providing photographers and curious explorers opportunities to capture the fading glory of its supreme craftsmanship. 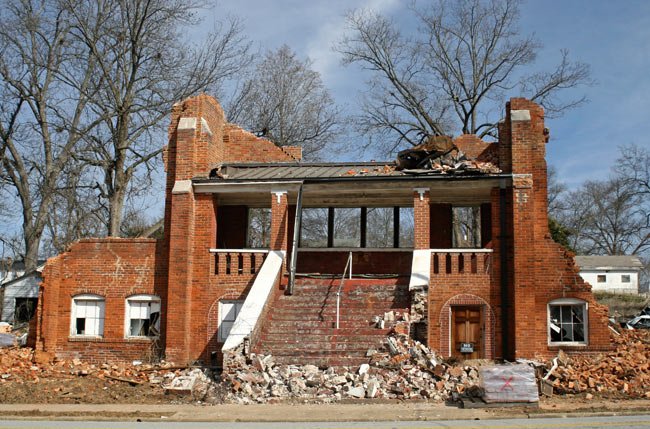 In 2008 the church was finally condemned, and shortly afterwards the demolition process began. By June of 2009, there was no trace of this once-prominent AME church. 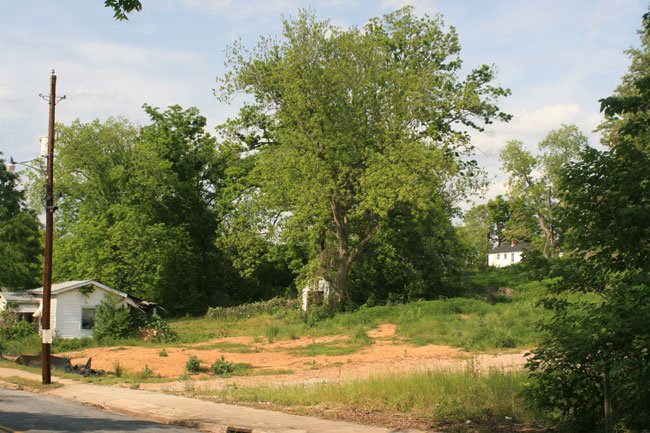 A church in Columbia by the same name was also designed by an African-American architect shortly after the Civil War. Bethel AME Church in Columbia outgrew its original building and recently moved to a larger church campus.

Bethel AME Church is listed in the National Register as part of the Laurens Historic District, which says the following about the area:

The Laurens Historic District contains 111 contributing properties, most of which were built between 1880 and 1940. The town of Laurens is the county seat of Laurens County, located in the Piedmont region of the state. The district includes the public square with the courthouse and surrounding commercial buildings, and extends to the north and west to include significant residential sections of Laurens. The district is an unusually intact collection of buildings of nineteenth and early twentieth century vernacular architectural design mixed with simple high-style examples. Although originally lined by antebellum residences (only two of which remain intact) on multi-acre lots, West Main Street experienced two periods of major development. The first period was from ca. 1885 to ca. 1915 and the second occurred between the World Wars.

The buildings in the district display a wide range of architectural styles including Greek Revival, Gothic Revival, Queen Anne, Colonial Revival, Romanesque Revival, Bungalow, Craftsman, Spanish Colonial Revival, and Neo-Classical. The area is also characterized by its large trees, well-kept yards, and granite retaining walls. The town and county of Laurens are named for South Carolina Revolutionary War patriot Henry Laurens. Laurens County was one of six counties created in 1785 from a division of the old district of Ninety-Six. By 1792 Laurens was the county seat.