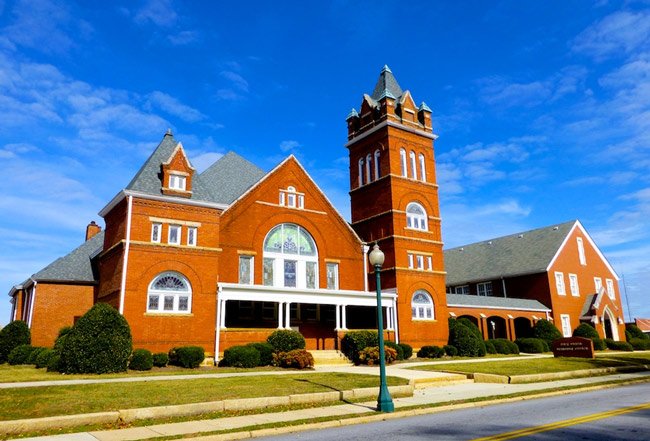 First United Methodist Church of Laurens is listed in the National Register as part of the Laurens Historic District, which says the following about the area: