The congregation of this elegant church in downtown Laurens originally met in the courthouse that preceded the current courthouse. Organized in 1832 by the Reverend Samuel B. Lewers, the group of Presbyterians grew from an initial membership of 14 to 69 parishioners by 1840. Slaves were also admitted as members around this time. By 1850, First Presbyterian Church of Laurens had its first church building, a simple brick structure on Church Street. The Reverend Lewers presided over the dedication of the new edifice before retiring that same year. 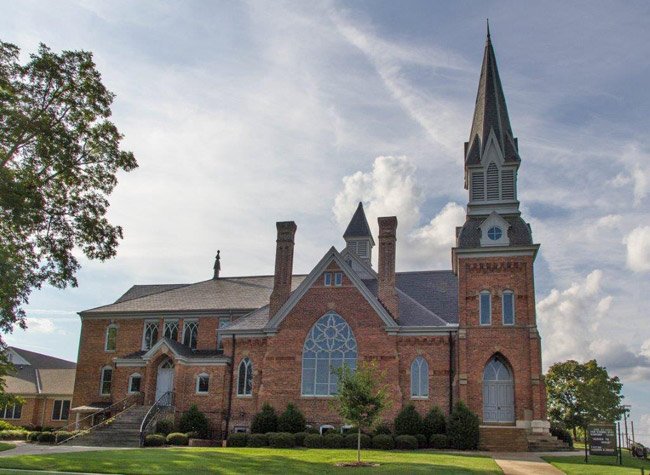 During the Civil War, the church voted to send its pastor – the congregation’s third – to serve as a Confederate chaplain. Afterwards he returned to the church, which had suffered greatly during those years, both economically and in terms of loss of life. Pew fees paid by members kept the church afloat. As the church slowly recovered over the subsequent years, membership grew. Towards the end of the nineteenth century it was decided by the church session that a new church would be built to house the congregation. The church acquired a lot on Main Street deeded to the congregation by Laurensville Female College, which was a local Presbyterian academy for females, as part of a debt payment in the early 1890s. Construction on the church began shortly afterwards. On April 26, 1893 the first service was held in the present Gothic Revival church. 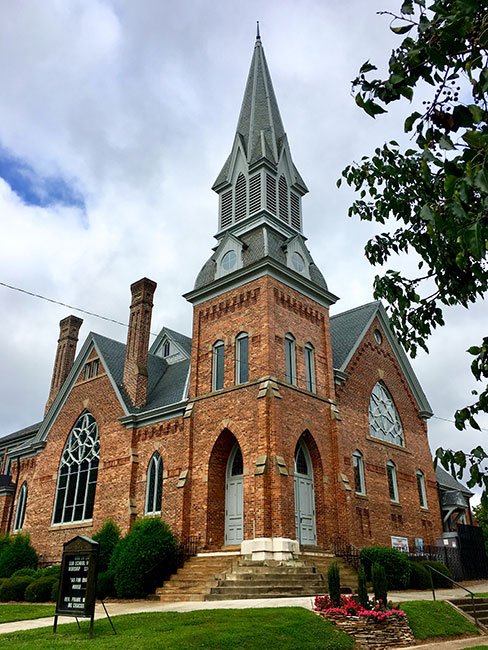 First Presbyterian Chruch of Laurens is listed in the National register as part of the Laurens Historic District:

The Laurens Historic District contains 111 contributing properties, most of which were built between 1880 and 1940. The town of Laurens is the county seat of Laurens County, located in the Piedmont region of the state. The district includes the public square with the courthouse and surrounding commercial buildings, and extends to the north and west to include significant residential sections of Laurens. The district is an unusually intact collection of buildings of nineteenth and early twentieth century vernacular architectural design mixed with simple high-style examples. Although originally lined by antebellum residences (only two of which remain intact) on multi-acre lots, West Main Street experienced two periods of major development. The first period was from ca. 1885 to ca. 1915 and the second occurred between the World Wars. The buildings in the district display a wide range of architectural styles including Greek Revival, Gothic Revival, Queen Anne, Colonial Revival, Romanesque Revival, Bungalow, Craftsman, Spanish Colonial Revival, and Neo-Classical. The area is also characterized by its large trees, well-kept yards, and granite retaining walls. The town and county of Laurens are named for South Carolina Revolutionary War patriot Henry Laurens. Laurens County was one of six counties created in 1785 from a division of the old district of Ninety-Six. By 1792 Laurens was the county seat.