This old country store with the peeling red paint and stone columns may not be the first thing that comes to mind when you hear the name Princeton, but the ramshackle building in this Laurens County community of fewer than 100 people is a reminder of the villages that popped up in the Piedmont during the Antebellum era. 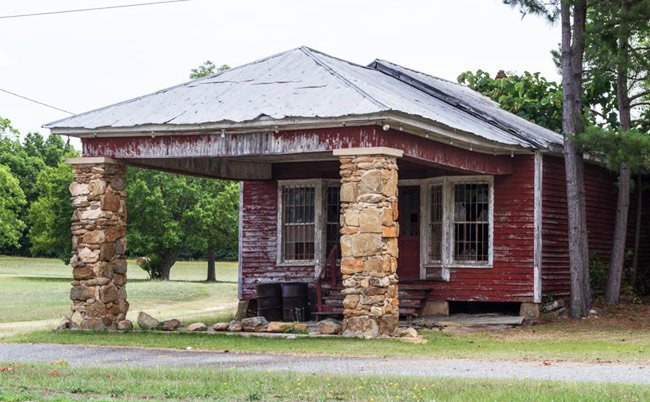 Along with hamlets such as Cross Hill and Gray Court, Princeton developed with the advent of the cotton boom. Laurens County increased significantly in population following the Revolutionary War, with immigrants from Pennsylvania settling on the cheap land once found here. By 1850 the county was a major cotton producer, and several small communities were established and flourished until the Civil War destroyed much of the state. While some of these villages are still surviving as small towns, places like Princeton primarily exist in name only, with buildings such as this one serving as evidence of a past prosperity.