The unincorporated community of Owings in Laurens County was originally called Rapley in honor of Francis Rapley Owings, a farmer and merchant who donated the land and timber needed for a local depot. The depot opened in 1886, but Owings had opened a general store two decades earlier, in 1873. The general store also housed the post office. 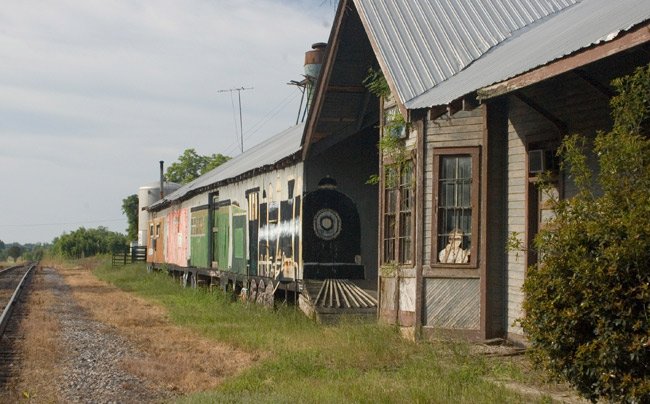 Tom Taylor of Greenville, 2007 © Do Not Use Without Written Consent

Since there was already an Owings in South Carolina at the time, the community first adopted Rapley’s middle name instead of his surname. (There is also some indication that Owings went by his middle name rather than his first name.) After the construction of the depot, however, the area was renamed Owings Station and later shortened to Owings. We are seeking more information on the details of this transition. 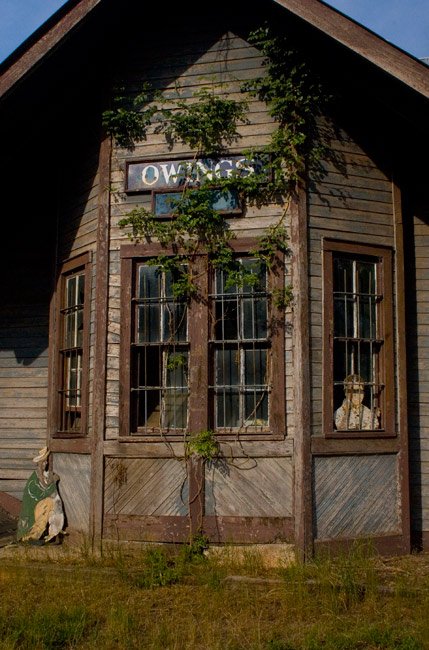 Tom Taylor of Greenville, 2007 © Do Not Use Without Written Consent

The depot in Owings was built for the Charleston and Western Carolina Railroad. When the station opened, it was a boon to local merchants and especially to farmers, who relied on the train to both receive supplies and ship their harvests. The service was not without problems however. Twice in 1913, trains derailed at Owings, and one of the incidents resulted in a significant coal spill near the depot.

Francis Rapley Owings was a descendant of Richard Owings, III, the first European settler in the area; Richard and his family arrived from Owings Mills, Maryland in 1757, after having received in 1751 a grant for 150 acres on either side of Raeburn’s Creek.

Owings was a Confederate veteran who served in Company A of the Sixth South Carolina Calvary. His general store was located on what is today known as North Old Laurens Road. Owings also served as vice president of the Bank of Owings, which he helped found.

We would like to make this entry better. Do you have information about Owings or the Owings Depot that you can share? If so, please send it to the South Carolina Picture Project. Thank you!