Bishopville High School, located in Lee County, was built as a Public Works Administration (PWA) project in 1936. The Colonial Revival-style school was designed by renowned Bennettsville architect Henry Dudley Harrall. Shuttered in 2000, attempts were made in recent years to save this important Depression-era landmark. Despite such efforts, the school was demolished in 2016. 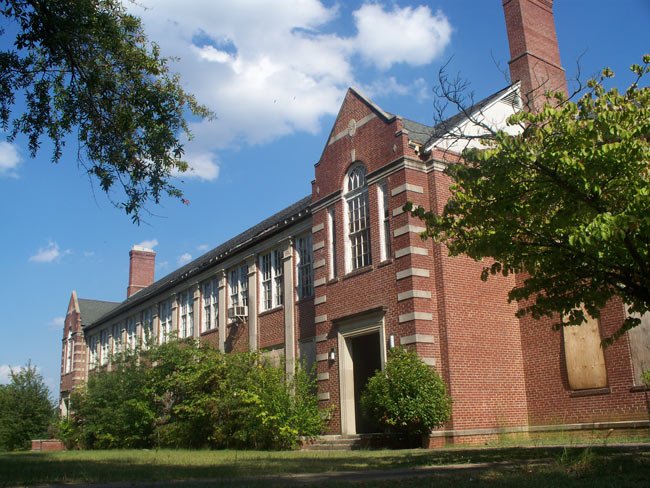 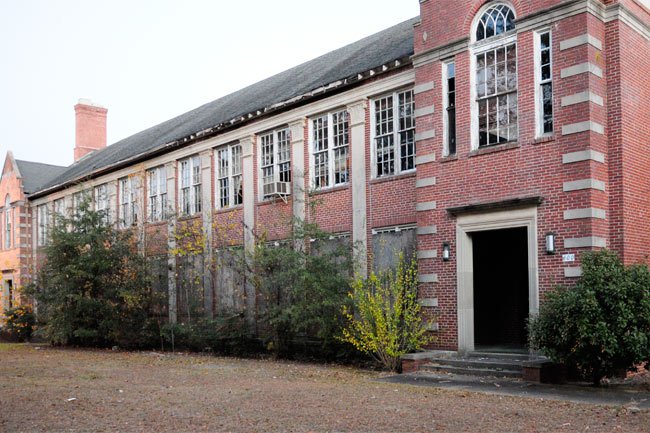 The combination gymnasium and auditorium built along with the classrooms and offices at Bishopville High School contained maple flooring, was described as large enough for three basketball courts, and had stadium seating on either side. It was used for indoor sports all year long as well as convocations and other events. A wing for a new gym was built in 1956; that gym was renovated in 2007 to be used by the county for recreational purposes. Other modifications to Bishopville High School were made throughout the twentieth century, including in 1956, 1965, and in 1986. 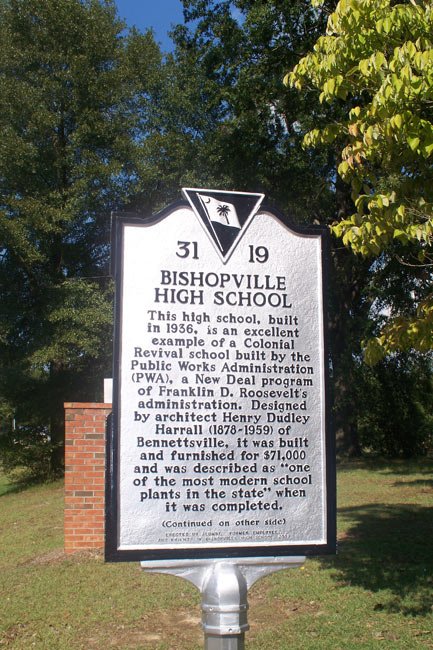 In February of 2016 demolition began on the school to make way for a parking lot. The parking lot will be used by the county for recreational activities. The school’s athletic fields are still used by the Lee County Department of Recreation. 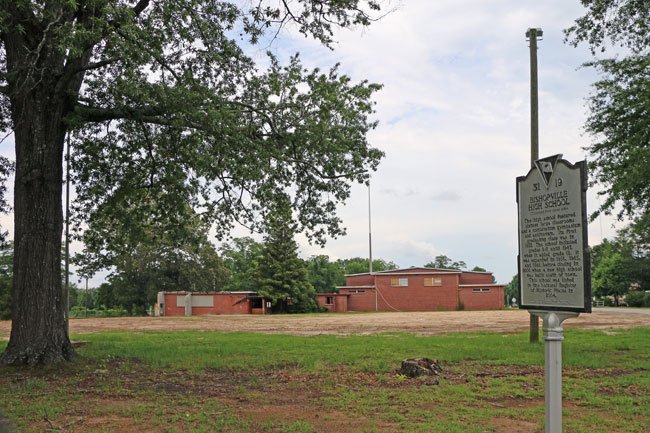 Bishopville High School is listed in the National Register:

Bishopville High School, built in 1936, is an excellent example of the type of school architecture that flourished as a direct result of the educational reform campaign in South Carolina in the first quarter of the twentieth century. Additionally, it is a noteworthy example of the work of well-respected Bennettsville, South Carolina architect Henry Dudley Harrall. It is also significant as an excellent example of an educational building in the Colonial Revival style built during a period when emergency funds were made available and many projects of this type were completed. The original L-shaped building is a two-story masonry structure and rests on a masonry foundation. The lateral gabled roof consists of a steeply-pitched A-frame with asphalt shingles. The original building’s elongated main block consists of a highly ornate rectangular central section featuring a row of twelve monumental pilasters and two-story flanking, projecting, gabled entrance pavilions. The building’s main façade features a beveled cast stone water table, a cast stone architrave resting atop the pilastrade, cast stone quoins, and a cast stone surrounded entry portal containing a frieze and cornice. At either end of the central block are symmetrical wings that are recessed and less ornate. The rear elevation is less decorative in detailing and fenestration when compared with the building’s façade. Additions to the wings of the building were made in 1956, 1965, and 1986.