This historic home is thought to be one of the oldest in Lexington County. It was built around 1790 by John Uriah Coogler on a site near Irmo where Ashland United Methodist Church now stands. Originally designed as a log cabin, it was later covered with pine boards and has served several generations of Cooglers. Alice Coogler, great-granddaughter of John Coogler, married Frank Meetze in the family home. Their wedding photo can be seen below. The house remained in the family until Frank Meetze’s death in 1966. 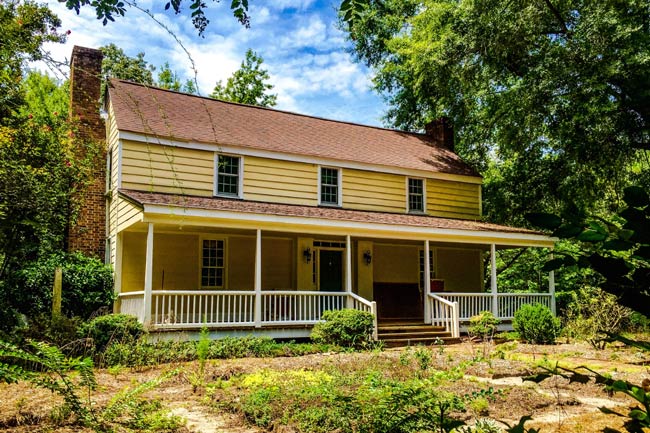 Following Meetze’s death, the house stood vacant for nearly 20 years. In 1982, the property surrounding the home was sold to Ashland United Methodist Church while the home itself was sold at auction to Ed Huckabee, a local veterinarian. Huckabee relocated the house to an address in Lexington and restored it. 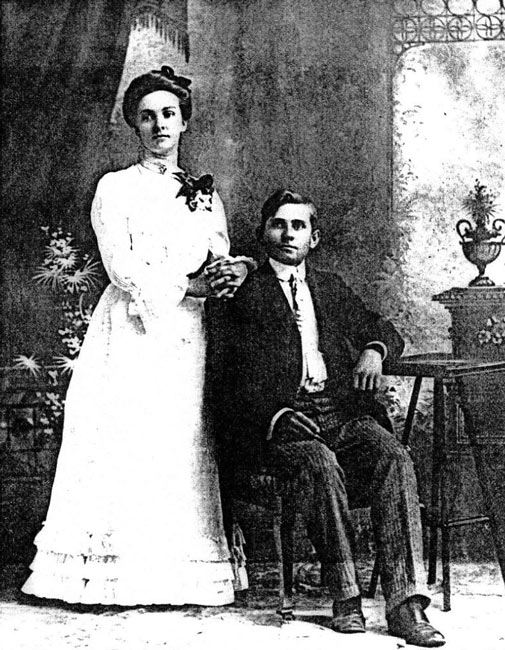 Michael Mascari of Blythewood, 1903 © Do Not Use Without Written Consent

In 2015 Huckabee’s property, including the house, was sold to developers for the construction of Wellmore, an assisted living community. Due to joint efforts by the Dutch Fork Historical Society and Museum, the Palmetto Trust for Historic Preservation, Lexington’s Historic Preservation Board, and private citizens, the home was moved to a 1.5-acre site that it now shares with the offices of attorneys Jean Derrick and Bill Gorski on Main Street. Derrick and Gorski plan to once again restore the home and rent office space within the historic structure. The photo at the top of the page shows the house two months prior to its 2015 move. The photo below shows the house at its original location near Irmo. 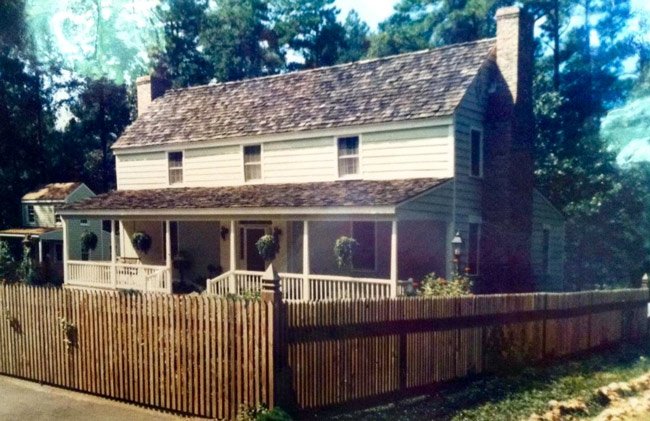 Michael Mascari of Blythewood, 1980 © Do Not Use Without Written Consent

Interestingly, Derrick and her husband reside on 25 acres of land once owned by Silas Coogler, grandson of John Coogler and father of Alice Coogler. Many thanks to Michael Mascari, who supplied the photos for this page and also worked with the Dutch Fork Historical Society and Museum as well as with the Palmetto Trust to help preserve the Coogler-Meetze House.