In the 1730s when English settlers arrived to the area now known as Marion, they found an Indian trading post at the intersection of two trails, now Main and Godbold Streets. By 1798 four acres of land, which included the two trails, were given to the new courthouse district of Marion County and divided into four one-acre plots. These plots would comprise the heart of the town, and the county courthouse would be established here. 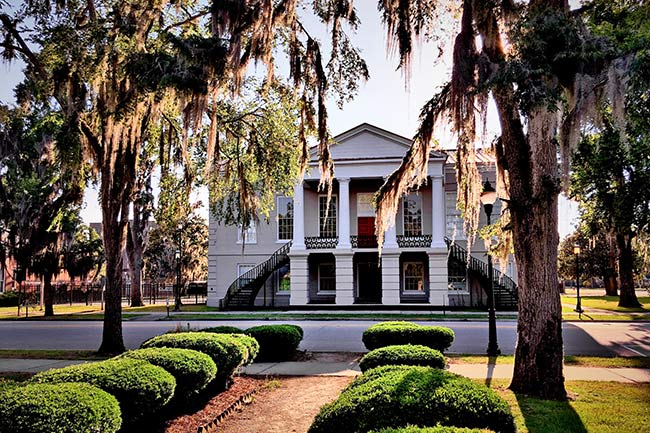 The current Georgian-style courthouse was built in 1853 and is the third courthouse to occupy this site. Each step on the exterior iron staircase contains the name of the metal worker responsible for its timeless beauty, Heyward Bartlett Baltimore. The courthouse faces a statue of the city and county’s namesake, General Francis Marion, which stands in the center of Marion’s town square. 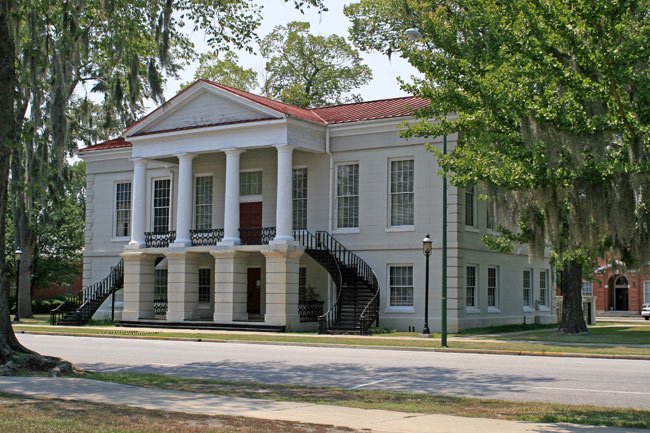 The Marion County Courthouse is listed in the National Register as part of the Marion Historic District, which says the following about the area:

The Marion Historic District includes both commercial and residential structures having both historical and architectural value. The residential structures are primarily wooden and are one or two stories high. The area is representative of the various styles of classically derived nineteenth century architecture. In evidence are the early frame structures of the 1800s, the antebellum houses with Greek Revival porticoes, the raised cottage style typical of the Pee Dee, and the Victorian homes of the turn of the century. Other styles include Romanesque Revival, Gothic Revival, Queen Anne, Colonial Revival, and Bungalow. The central business district retains visual continuity and unity in terms of height, scale and setback. The majority of these buildings are brick, one or two stories high, and situated along the sidewalk with no setback. As both a county seat and railroad town, Marion was important in the growth of South Carolina’s Pee Dee region.